MANILA — President Rodrigo Duterte of the Philippines is one of a number of populists around the world who rose to power in part by harnessing Facebook to get his unfiltered messages to millions. During Mr. Duterte’s 2016 campaign, his allies flooded the social media platform with misinformation about his opponents and laudatory stories about him.

Four years later, after allegations that Facebook aided disruptive misinformation campaigns in many countries, the Silicon Valley giant has put up increasing checks on what politicians and their allies can say online. And Mr. Duterte is not pleased.

In his weekly public address on Monday, Mr. Duterte lashed out at Facebook for taking down fake accounts that supported his policies, making vague threats to shut the platform down in the Philippines.

“I allow you to operate here,” Mr. Duterte said. “You cannot bar or prevent me from espousing the objectives of government. Is there life after Facebook? I don’t know. But we need to talk.”

It was the latest reminder that the populists Facebook has empowered can turn quickly on the platform. The American social network has come under increasing pressure to grapple with the influence it gives to sowers of disinformation, be they Russian agents seeking to influence U.S. elections or military forces stirring ethnic hatred.

Yet even as it seeks to police those in power, better relations with leaders like Mr. Duterte are — in the short run, at least — better for Facebook’s bottom line.

The company said last week that it had taken down two networks, one based in China and one in the Philippines, that used fake accounts to post information about a variety of subjects, including Philippine politics. It said both networks had misled users about their identities.

The Philippine network had ties to the military and the police, the company said. It showed examples of memes the network had posted that criticized Communist insurgents in the Philippines, as well as progressive activist groups.

This is not the social network’s first tangle with a strongman. In recent years, Facebook has found itself in a series of standoffs with populist and authoritarian leaders. The quarrels have centered on questions that now bedevil the company ahead of the November presidential election in the United States: Who should decide what counts as misinformation, and when should it be taken down?

It is a thorny issue that the company has been hesitant to address head-on. Although it is assembling a board to oversee content moderation, Facebook has outsourced much of the day-to-day oversight. In Southeast Asia, harsh political realities have pushed its limits and occasionally forced its hand.

In Thailand in 2017, it faced the threat of a ban over content that the government said violated lèse-majesté laws. In Myanmar, where posts helped to encourage ethnic cleansing, Facebook blocked the country’s most powerful military official.

Mr. Duterte’s complaints are akin to ones made in recent years by President Trump, who has accused social media platforms of anticonservative bias, and whose agencies are now pursuing an antitrust case against Facebook. Despite Mr. Trump’s claims, data tools regularly show that the most-read political content on Facebook in the United States comes from right-wing voices.

While many of the tough-talking Mr. Duterte’s threats come to nothing, Mr. Trump may have provided him with a precedent of sorts for dealing with Facebook.

Mr. Trump’s push to ban the Chinese apps TikTok and WeChat from the United States could embolden other leaders to erect internet blocks of their own, when it is politically expedient to do so. As it plays a major role in the polarized politics of countries around the world, Facebook may well see more threats like Mr. Duterte’s.

In his address on Monday, Mr. Duterte accused Facebook of opposing his policies and supporting the Philippine left. He said that the company had “opened a Pandora’s box” and that his government might respond with tougher regulations.

“We allow you to operate here hoping that you could help us also,” he said. “Now, if the government cannot espouse or advocate something which is for the good of the people, then what is your purpose here in my country?”

Facebook executives in the Philippines declined to comment. In its statement last week, the company said it had shut down the networks because of their “coordinated inauthentic behavior,” not the content of the posts.

Mr. Duterte’s threats against Facebook were a striking turnaround for a president who has reaped considerable benefit from the platform. Before he won the 2016 election, running as a belligerent populist, fake accounts on Facebook spread positive stories about him and inflammatory attacks on his opponents, many of them untrue.

Since he took office, misinformation on Facebook — some of it shared openly by his aides — has been used to slander his critics and promote Mr. Duterte’s policies, including his bloody war on drugs. In March last year, Facebook suspended 200 accounts linked to Nic Gabunada, the social media manager of Mr. Duterte’s 2016 campaign, also for “coordinated inauthentic activity.”

In its statement last week, Facebook said the Philippine network appeared to have escalated its activity in 2019 and 2020. It posted in Filipino and English about Philippine news, including domestic politics, antiterrorism legislation and the military’s activities against terrorism, the company said.

The China-based network posted in Chinese, Filipino and English, focusing most of its activity in Southeast Asia, the company said. It posted about Philippine politics, including material supportive of Mr. Duterte and his daughter, who is said to be weighing a presidential run in 2022. But it also posted on global topics, including China’s activity in the South China Sea, where it has territorial disputes with the Philippines.

The Chinese network also posted content aimed at influencing the American presidential election, though Facebook said the network devoted little focus to that effort and had gained “almost no following” in the United States.

Mr. Duterte and his officials did not appear to dispute that the military was involved in the Philippine-based network. He denounced Facebook for taking down the posts backing the military’s campaign against the country’s long-running Communist insurgency.

On Tuesday, the military issued a statement saying Facebook “could be the medium that will help consolidate people’s support to their armed forces as their true protectors and defenders of the state against its enemies.”

A spokesman for Mr. Duterte, Harry Roque, said the government considered Facebook’s move “a form of censorship,” adding, “We are not conceding these are fake accounts.”

Facebook said the Philippine network had been brought to its attention by civil society groups and by Rappler, an independent news site that has helped Facebook identify misinformation.

Mr. Duterte has issued threats against executives at Rappler and at the broadcast network ABS-CBN, both of which have been at the forefront of reporting about his drug war. Rappler’s co-founder Maria Ressa was convicted in June of libeling a businessman by alleging that he had ties to the drug underworld, and she still faces several other charges, including tax evasion. Ms. Ressa, who is free on bail, has denied all of the charges, calling them attempts by the government to silence her.

ABS-CBN has been effectively shut down, with the House of Representatives, dominated by allies of Mr. Duterte, having refused to renew its broadcast license. Its beleaguered chairman stepped down last week.

Danilo Arao, an associate professor of journalism at the state-run University of the Philippines, said the president’s comments Monday had made it clear that social media companies now risked official retaliation along with government critics.

“With Duterte, anything is possible, so there is a need to be vigilant,” Mr. Arao said. He said the president’s “tirade against Facebook” was ironic, given its role in his rise to power. 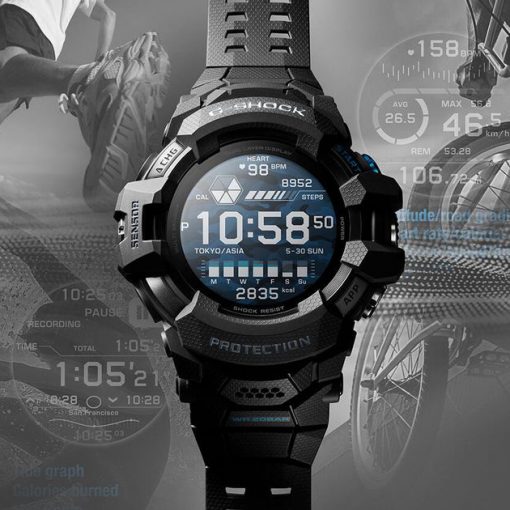 There’s a new Casio smartwatch.  Casio Casio unveiled its latest G-Shock smartwatch on Thursday.  The GSW-H1000, part of the rugged G-Squad line of […] 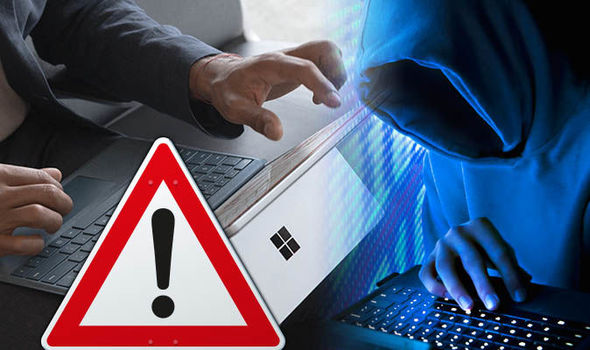 Windows 10 fans have been warned about fake security patches for the Spectre and Meltdown vulnerabilities that delivers dangerous malware to PCs. […] 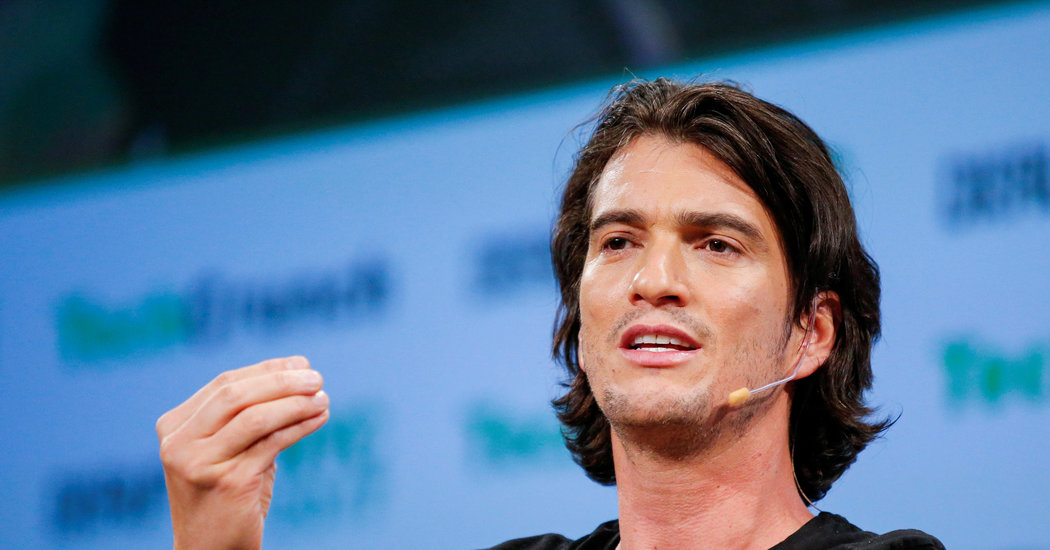 Adam Neumann, a co-founder of WeWork, sued SoftBank on Monday, accusing it of breaching a contract by withdrawing an offer to buy […] 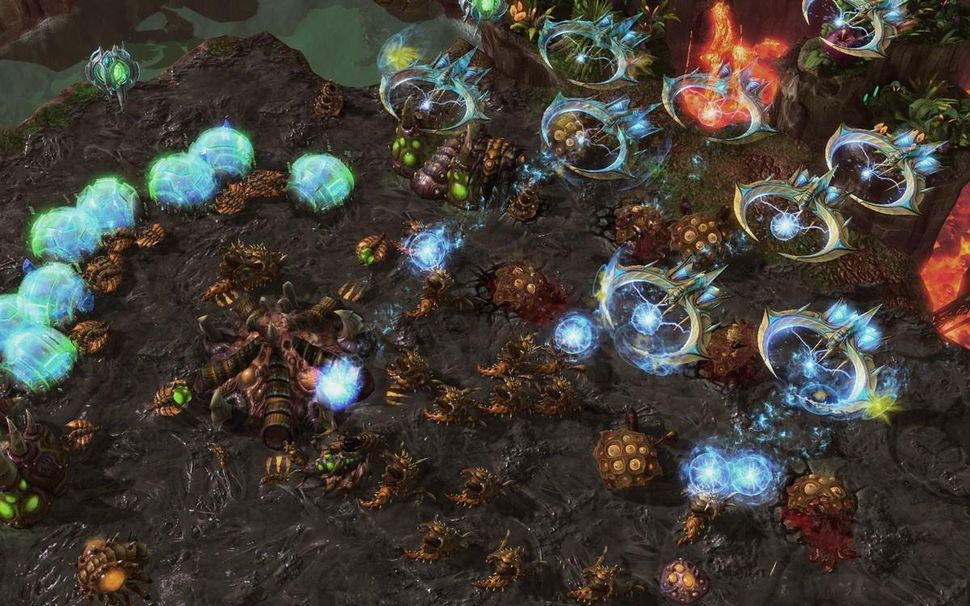