Call of Duty: Warzone Season 6 is here, and with it marks nearly a year of content updates for Modern Warfare. That’s a lot of new maps, modes, guns, operators, and cosmetics. Despite patching headaches, it’s been a fun year to be a CoD fan. Following Season 6, Warzone’s cross-game partnership with Call of Duty: Black Ops – Cold War will begin, possibly kicking off a new era for the game.

But while the spotlight is still on Modern Warfare, Infinity Ward is bringing big changes to the Verdansk map, two new weapons, and a pair of operators that come straight from the campaign. You’ll also want to check out the new Verdansk subway system, which links together key areas of the map to allow fast travel between them. There’s also a big new battle pass and a mode called Armored Royale, which makes your one lifeline for respawns a heavily armored truck that you must protect.

Here’s everything we know about Call of Duty: Warzone Season 6.

When does CoD: Warzone Season 6 start?

Call of Duty: Warzone Season 6 is live now. Considering the timing and usual run of Modern Warfare’s seasons, this will likely be the last season before the release of Call of Duty: Black Ops – Cold War.

The official Season 6 trailer gives a basic rundown of what’s coming this season. More importantly, we get a pretty good look at Verdansk’s new subway system that will let players quickly travel across the map, provided they get there in one piece.

With the addition of a new limited-time mode coming in October, Season 6 is shaping up to be pretty big for Warzone and Modern Warfare. In the week of launch, we’re getting the subway update to the Verdansk map, Armored Royale mode, two new operators and weapons, plus four maps in Modern Warfare.

Later on in the season is the butterfly knife melee weapon, more modes in standard multiplayer, and the Haunting of Verdansk limited-time mode.

As always, the Season 6 battle pass will be available for 1000 CoD Points, or $10. If you burned through the Season 5 pass and earned the full 1,300 CP rewarded throughout, you can probably already pick up the next one at no additional cost.

Dropping 2400 CP instead will earn you the paid track plus 20 tiers already completed on the pass. That is a big starting boost, but if you plan on playing a lot anyway, I suggest leveling up the old-fashioned way.

The Haunting of Verdansk LTM is coming in October

We don’t know much about it yet, but we’re getting a Halloween-themed event on October 20 called The Haunting of Verdansk. Infinity Ward could take the event in a lot of directions, but it sounds like ghosts will be in the mix somewhere. That sounds cool, but I was kind of hoping for some zombies.

From the brief logo tease in the trailer and roadmap, expect the mode to turn the lights off in Verdansk to make these properly spooky.

Subway systems will be the fastest way to cross Verdansk

Verdansk’s new subway system is a serious upgrade for players in a hurry. Whether you’re outside the zone finishing up a loot run or racing to a buy station to revive a buddy, the subway’s fast travel network is likely to come in handy.

As you can see in the map above, the subway has seven stops across hotly contested areas of the map:

It’s important to know that the train stops work like actual subway systems, meaning that hopping on the train at Lozoff Pass can only take you to its adjacent stations at the airport or stadium.

Get ready for two new weapons, including a new marksman rifle

Along with Season 6’s map changes and modes are two new weapons, the SP-R 208 marksman rifle (or DMR) and the AS-VAL assault rifle. Here’s what Infinity Ward has to say about the new weapons:

“This bolt-action marksman rifle comes as one of the most accurate weapons in its class and with a breadth of customization options. From alternate ammo choices to bolt assembly changes and more, no matter how this weapon is configured, it’s a powerful yet mobile tool for a marksman on the go.”

At first glance, the SP-R looks like it’d naturally go in the sniper rifle category. But as a marksman rifle, it stands out with its bolt action setup.

“This assault rifle, the 13th member of this weapon category, is a rare Soviet powerhouse chambered in subsonic 9x39mm ammunition and is pre-equipped with an integral suppressor. Combined with the weapon’s high rate of fire, the AS-VAL is built for stealth, accuracy, and high penetration, all on a highly configurable platform.”

Chances are, you’ve probably used something similar to the AS-VAL in other FPSes over the years. Based purely on looks, it reminds me of the VSS integrated silenced rifle from the Battlefield series.

The two new operators debuting in Season 6 both return from the Modern Warfare campaign, protagonist Farah Ahmed Karim and Nikolai. Farah can be unlocked immediately by purchasing the Season 6 battle pass, but Nikolai will take a bit more dedicated locked away and Tier 100. That’s fine by me, Farah looks more badass anyway.

Forget subtlety and stealth, the new Armored Royale Warzone mode tasks squads with protecting their armored truck for as long as possible in last-truck-standing combat. As long as your truck is still kicking, you can respawn freely. But once you lose your wheels, there are no buybacks.

We can only hope this mode lets us fulfill the dream of Mad Max-style demolition derbies on a massive multiplayer scale.

Will there be a Season 7?

Unfortunately, there’s no guarantee. In the normal Call of Duty life cycle, the release of a new game usually marks the end of meaningful support for the last one. We know that Warzone will continue to receive new content that will crossover into Cold War, but the fate of the Modern Warfare-specific updates like maps and modes is murky.

Activision hasn’t made any confirmation that more content will follow after the one year mark for Modern Warfare, probably because it’s very busy promoting Call of Duty: Black Ops – Cold War. 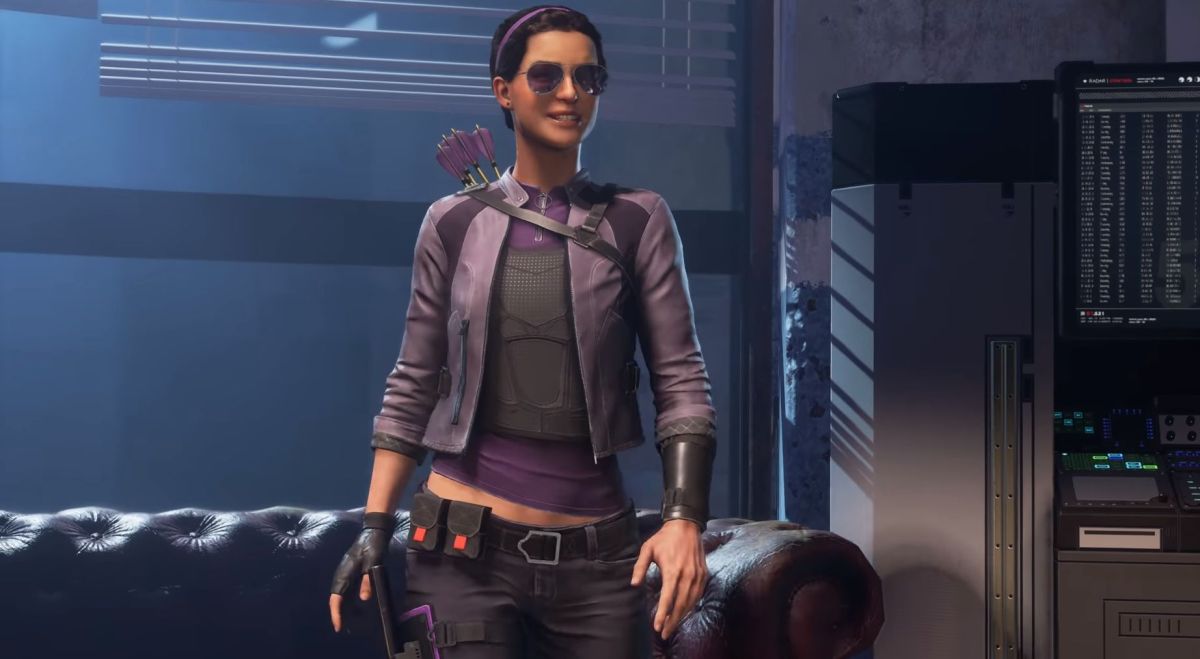 During one of the previous War Table livestreams for Marvel’s Avengers, it was revealed that Clint Barton, aka Hawkeye, would be added […] 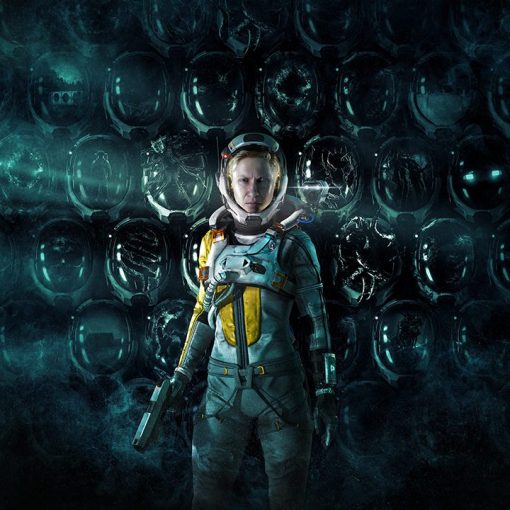 Hi Everyone! We here at Housemarque are in the midst of finalizing our latest and greatest project to date, Returnal, and the […]

Microsoft is getting ready to refresh the Games with Gold free game releases for October. Similar to PS Plus, Xbox Gold subscribers […] 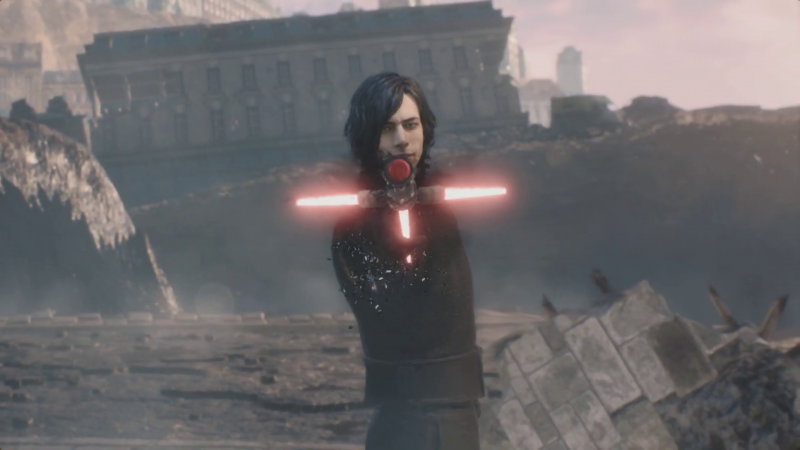 There are two types of people in the world: those who immediately recognized V from Devil May Cry 5 as Kylo Ren […]