If you’re in the northern part of the US on Monday and Tuesday nights, you might be able to see the breathtaking Northern Lights, also called the aurora borealis. AccuWeather describes the aurora borealis as “vibrant curtains of colored light that are visible on occasion in the night sky … caused by the solar wind in space.” The colorful sight may be seen in Michigan, the Dakotas, Minnesota, northern New England and the Pacific Northwest, NOAA reports.

If you miss it Monday night, you may get a second chance on Tuesday night. The Space Weather Prediction Center has announced low-level geomagnetic storm watches through Sept. 29.

“The aurora borealis, or northern lights, will be visible over Minnesota this week,” the Weather Channel tweeted on its Pattrn account. “It’s the result of a geomagnetic storm caused by the Sun’s new period of activity. Night skies — around midnight — near the Canadian border could light up like this through Wednesday.”

The National Weather Service’s Seattle bureau said clear skies are expected there, which should aid in viewing.

You don’t need special gear to see the Northern Lights — stargazers simply can step outside and look to the north. Getting away from urban light pollution can help. And AccuWeather meteorologist David Samuhel said cameras can sometimes see what the naked eye cannot, so advised taking a long-exposure photo for 15 to 30 seconds with a DSLR camera.

The storm should start around 11 p.m. ET, but the best chance comes once the moon has set, around 3:30 a.m., ABC7 Chicago reports.

Some have already spotted the colorful phenomenon. The National Weather Service Twitter account for Glasgow, Montana, in the isolated northeastern part of that state, reported on Monday that, “The Northern Lights were visible last night from Glasgow and should be again tonight. Clouds will be around tonight making for a little more difficult viewing conditions, but there should be enough breaks to catch a show in the northern sky starting late this evening!”

And lucky Norwegians also enjoyed the spectacle. “The northern lights have now been dancing in Norway for 6 hours due to a geomagnetic storm!” astronomer Matt Robinson wrote in a tweet sent Sunday night, sharing a video of the aurora. “Now we hand over the fun to the US and Canada.” 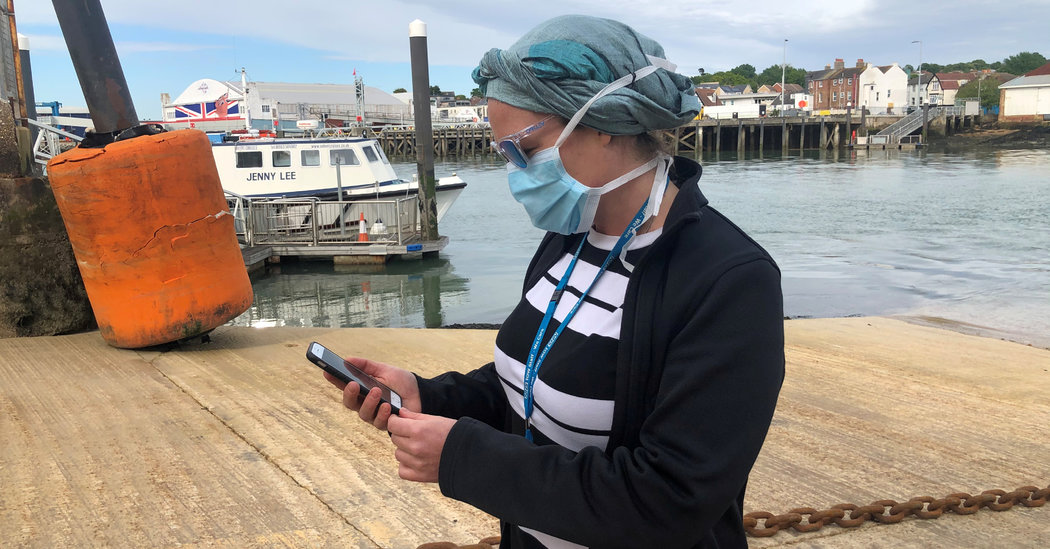 LONDON — For months, British authorities have pursued an app that they promised would help ease the country’s coronavirus lockdown, despite growing […]

Amazon on Wednesday announced the Echo Show 5 and began taking preorders for the device, which will begin shipping in the United […]