While eight teams prepare for finals this weekend, there are another 10 with an early finish and plenty of time to ponder where it all went wrong. We run the rule over those teams who failed to extend their 2020 AFL premiership seasons – who was bad, who had excuses and who is ready to become contenders again in 2021.

Though Melbourne made big strides forward after finishing second last in 2019, there will not be a Demons fan arguing the toss with ruckman Max Gawn’s assessment of 2020: “This year’s a fail.” For a club looking to return to the heady days of 2018, there is no other way to look at it. Not that there were not positives. Gawn was immense as was Steven May and Gawn’s fellow All Australian, Christian Petracca. Only Clayton Oliver had more contested possessions than Petracca, who at 24 has his first Keith ‘Bluey’ Truscott Memorial Trophy and finally looks to have come of age. But Melbourne, who did so well to recover from a 1-3 start to the season, will rue a five-day spell in Cairns towards the end of the season when they dropped winnable matches against Sydney and Fremantle. Win just one of those and the Dees would still be alive.

Without doubt the flops of 2020. Greater Western Sydney were expected to challenge on the back of a grand final appearance in 2019 and four successive finals campaigns. The season started brightly with a convincing win over Geelong, but after the Covid-19 pause the Giants never looked likely. They saved their worst for last, closing out the season with three straight defeats – one of them against wooden spooners, Adelaide – and a 52-point humiliation at the hands of St Kilda. A two-goal win over Richmond in round eight was GWS’s only scalp of note. Lachie Whitfield and Toby Greene were intermittently impressive but the Giants got very little out of established stars Jeremy Cameron, Tim Taranto and Stephen Coniglio, the captain who found himself dropped in round 17. Worse still, the GWS brand of 2019 looks missing. A club at the crossroads, they could go either way in 2021.

The Blues might have finished one rung below GWS, but if the Giants’ report card was stamped D then Carlton were a B+. They were good for so much of the season – victories over Geelong and Western Bulldogs, plus a narrow loss to Port Adelaide, showed the Blues’ best was good enough – and for a while there a long-awaited return to finals footy was on the cards. But consistency eluded this developing group, as did stamina at the end. Three losses in their last four games was a flat way to finish but the positives still outweighed the negatives. In Patrick Cripps and Sam Walsh, Carlton have two of the best players in the competition. Marc Murphy is back to something like his best. There are multiple avenues, and options, towards goal. But best of all, David Teague has Carlton playing like men on a mission. And it has been a long time since that could be said with a straight face. Nothing less than finals in 2021 will do.

It is hard to know what constitutes a pass mark for the Dockers in 2020. But while 12th is unlikely anyone’s idea of a successful season, it is hard not to be optimistic about Fremantle in the coming years. Things looked bleak early in the season – a run of four consecutive losses to open the campaign was only halted by an excruciating defeat of a comically bad Adelaide side in round five. A very low finish looked likely but in truth the Dockers were highly competitive from that point on, with wins over finalists Collingwood and St Kilda something on which to hang their hat. Fremantle still find it hard to score – only North Melbourne and the Crows managed fewer points – but equally they are not easy to score against. Big ticks for Nat Fyfe, Andrew Brayshaw, Luke Ryan, Caleb Serong – the latter taking out the Rising Star award – and Matt Taberner, who is looking as likely as anyone up front since the retirement of Matthew Pavlich. Finals in 2021? Maybe, maybe not. But there is something to work on.

Ben Rutten will have a chance to impose himself on Essendon with John Worsfold out of the picture. Photograph: Quinn Rooney/Getty Images

The season started well – that is about the most flattering thing that can be said about Essendon’s campaign in 2020. The Bombers won just two of their last 12 matches – against the two teams at the bottom of the ladder – and finished the season with four consecutive losses. Injuries played their part but there was more to the Bombers’ freefall than that; arguably no club has more soul searching to do in the off-season. It is to be hoped Ben Rutten will stamp himself on the playing group, and the playing style, now that John Worsfold is out of the picture. Essendon’s coaching succession plan appeared messy and contrived, the confusion reflected in the team’s worsening performances as the year progressed. Rutten will oversee a replenishment of playing stock prior to 2021, and on the bright side Essendon’s youth – headed by gun defender Jordan Riley – is heading in the right direction. The immediate futures of Joe Daniher, Adam Saad and Orazio Fantasia are up in the air, but in some ways the Bombers’ list is the least of their concerns. Essendon’s first order of business next season will be winning back some lost respect.

Ultimately, this was another disappointing season for Gold Coast. The Suns might have extricated themselves from the bottom two spots on the ladder – where they finished in the previous three seasons – but after winning three of their opening four matches in 2020, their resting place in 14th is emblematic of a season of lost opportunity. But not one of false hope. The Suns have in their keeping the most vibrant youth collective of any team, with Matt Rowell, Noah Anderson, Izak Rankine and Connor Budarick all future stars. Rowell’s season-ending injury in round five did much to halt Gold Coast’s momentum and mood, but the Victorian had showed enough to make his return next year compulsory viewing. The Suns’ mature-age recruits also prospered – both Hugh Greenwood and Brandon Ellis enjoyed good seasons – and it would not surprise if Rory Atkins proves to be a shrewd acquisition from Adelaide if he joins. The young Suns might have fizzled out in 2020, but there is a lot to be excited about in 2021.

A season of very few highlights for Hawthorn fans, who are accustomed to so much more. It is hard to know exactly where the Hawks are at – a fallen Goliath on an inexorable journey south or a sleeping giant on the verge of resurrection? The foulest of dirty words in clubland – rebuild – is not on high rotation at Hawthorn, but the impression from 2020 is that things might get worse before they get better. Their best was very good – as evidenced by comfortable wins over top-four teams Brisbane Lions and Richmond – but their worst was horrible, and in a spell of 11 losses out of 12 from rounds five through to 17 that is mostly what we got. There were rays of sunshine – Will Day emerged as a star of the future and Jack Gunston was back to his best – but the dark clouds do not look to be going anywhere soon. Oodles of experience has already departed with the retirements of Ben Stratton, Paul Puopolo and Ricky Henderson, and even more could follow. Alastair Clarkson cut a grumpy figure for much of 2020, as one might expect from a coach more inured to lifting silverware. He has a mighty job on his hands to return Hawthorn to their former glories.

See Hawthorn. The Swans showed promise in patches this season but there is no sugar coating their reality: another bottom-four finish for a team that not long ago was vying for top honours. Season 2020 threw up more questions than answers for Sydney. What on earth are they going to do with Lance Franklin, who did not kick a ball this year but still has two seasons to run on that humungous contract? Why are the ruck stocks so thin, and what will the Swans do about it? Will somebody, anybody, help out Tom Papley in the forward line? Where is the emerging young talent? On the latter point, James Rowbottom and Tom McCartin showed glimpses of potential. But with the likes of Franklin, Josh Kennedy and Sam Reid not getting any younger (or fitter), the paucity of good-to-go youth is a major concern. The Swans will point to injuries as a key factor in their humdrum showing this season, but that paints only part of the picture. Until they address the potholes in their list, Sydney will not be contending for the finals anytime soon.

North Melbourne won their first two games and then sometime later beat Adelaide – apart from that, 2020 was a miserable season for the Kangaroos. Injuries and fatigue were common themes for most teams in the competition, but North were struck particularly hard. Not that things might have been much different even with a healthy list. At their best, the Kangaroos looked the competitive unit Rhyce Shaw wants them to be – early wins over St Kilda and the Giants, and a one-point loss to Brisbane, proved there’s something to work on. But more often North were acquiescent in the face of a challenge – 10-goal thrashings by Gold Coast and Fremantle late in the season did little to look at 2021 with any semblance of optimism. North need fresh talent, and they are on track to achieve this after recently delisting 11 players. They also need Ben Brown to make a swift return to his goalkicking ways. The Kangaroos need a lot of things. Because right now, hope is about all they have got.

Adelaide’s clearout in 2019 made it easy to envisage a slide down the ladder, even further from 12th in 2018 and 11th last season. But few saw the Crows’ demise coming as spectacularly as it did. For much of the season Adelaide were the laughing stock of the competition. They lost their opening 13 matches, often horribly, and not even three wins in a row late in the season could stave off the club’s first wooden spoon. That hat-trick of triumphs – albeit against non-finalists Hawthorn, GWS and Carlton – at least gave supporters hope that first-year coach Matthew Nicks is tracking in the right direction. And there is no doubt the Crows are starting afresh. They blooded an abundance of new players in 2020, some of whom worked and some of whom did not. Shane McAdam, Lachie Sholl and Ben Keays were definite ticks, while Reilly O’Brien was a deserving best and fairest in a season that saw him emerge as one of the competition’s premier ruckmen. Look for the Crows to be key players in the draft and trade period, with the likely departures of Brad Crouch and Rory Atkins to bolster an already strong hand. Whether anything will happen fast enough for Adelaide to make a swift return to the top eight is debatable. But things will get better. They cannot get any worse.

We start off by discussing the recent rise in Covid-19 cases across football, with postponements affecting numerous games across the professional English […] 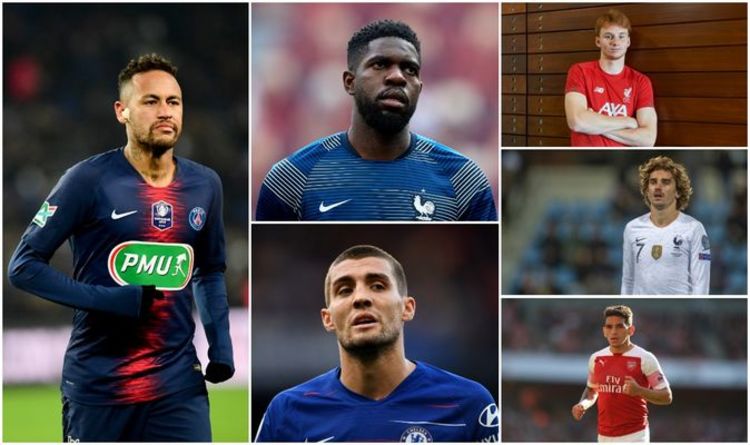 Transfer news LIVE | Express Sport is on hand to bring you all the latest rumours and gossip Friday, June 28 Bayern […] 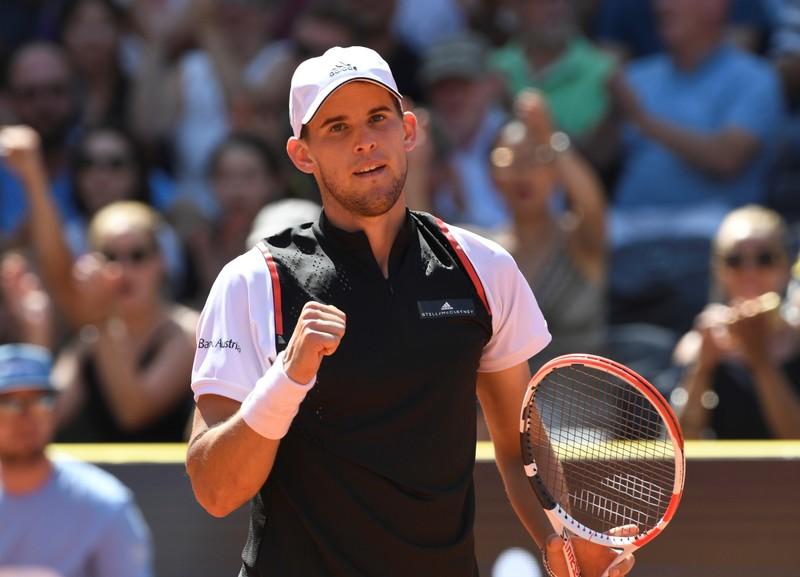 Top-seeded Dominic Thiem gave the home crowd what it wanted on Saturday, dispatching Spaniard Albert Ramos-Vinolas 7-6 (0), 6-1 to win the […]