By Helen Cahill And Adam Luck, Financial Mail On Sunday

Labaton Sucharow and Schall Law, which both have a track record of pursuing vast legal claims against listed companies, said they have begun investigating the blue chip firms after leaked files caused their share prices to plunge on Monday.

Class action lawsuits allow multiple claims against a single defendant. They are common in America where they have been successfully used against British firms and are increasingly employed on this side of the Atlantic. 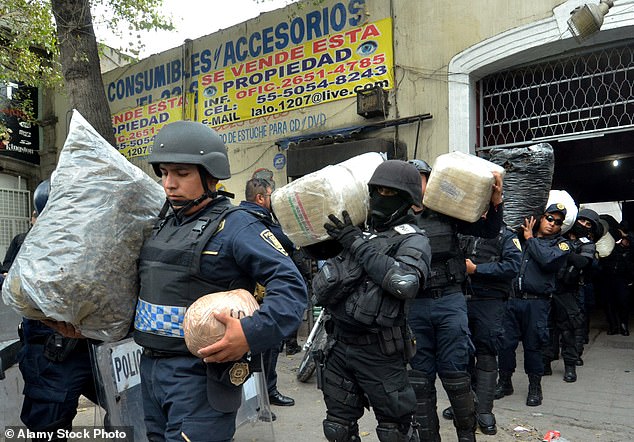 Swoop: A police raid in the global war on drugs which spawns dirty money

The Mail on Sunday revealed in June that HSBC faces a separate £1.3billion class action legal claim for its involvement in a film scheme used for tax avoidance.

The bank raised the alarm over irregular transactions in 2,100 suspicious activity reports (SARs) filed with the US Treasury Department’s Financial Crimes Enforcement Network between 2000 and 2017.

Banks are supposed to stop moving cash or shut down accounts if they have evidence of criminal activity. But the reports claimed HSBC did not take action.

HSBC’s share price plunged to its lowest level since 1995 following the allegations – falling 5.3 per cent on Monday to £2.88.

Labaton Sucharow lawyer David Schwartz said he is investigating the events that led to the document leak, dubbed the FinCen files.

Brian Schall of Schall Law has urged investors to contact his firm if they suffered losses of $100,000 or more as the banks’ share prices fell. A legal source said: ‘There are listing obligations that require the disclosure of material events.

‘It’s about whether the representations made by the banks at the time someone bought their shares were true or not.

‘It doesn’t surprise me at all that firms are considering taking legal action when shareholder value has been reduced by so much in such a short timeframe. That follows a pattern of cases that were brought after the financial crash.’

A spokesman for HSBC said: ‘Starting in 2012, HSBC embarked on a multi-year journey to overhaul its ability to combat financial crime across more than 60 jurisdictions. During that period, the monitor fulfilled his role of identifying issues and making recommendations for improvement and concluded HSBC became a safer bank each year as a result of the bank’s efforts.’

Standard Chartered declined to comment on the potential claims.

A Standard Chartered whistleblower, former executive Julian Knight who first revealed his identity in The Mail on Sunday last year, said he believes the leaked dossiers will aid his landmark legal case.

Knight claims he was forced out of Standard Chartered Bank (SCB) after raising the alarm about client companies suspected of helping Iran to sidestep US sanctions.

The Mail on Sunday revealed last year that Knight had provided US investigators with a list of SCB clients, which he suspected were fronts for the Iranian military and its nuclear programme. Knight, a former RAF pilot, now points out that many of the firms on his original list have cropped up on the FinCen leak despite Standard Chartered rubbishing his claims. He said: ‘The FinCen leak vindicates our case because it has disclosed many of the same sanctioned and sanctionable companies that I disclosed to US investigators.’

Last year SCB was fined £900million for breaching US sanctions after it was found the bank had been dealing with Iranian, Cuban and Sudanese entities.

Knight was based in Dubai as global head of transaction banking foreign exchange. He said he alerted the bank about its online trading system in 2011.

Among the SCB clients he disclosed to US investigators were Blom Bank, Byblos Bank, both from Lebanon, and the Turkish Halk Bank. All three have been disclosed in the FinCen leak as being the subject of SARs at Standard Chartered. Blom and Byblos are also being sued by the families of US military personnel in a court case, which targets companies they say helped fund Iranian terror networks. Knight, and a US whistleblower who cannot be named for legal reasons, are locked in a legal battle with the US government over a landmark compensation claim.

Standard Chartered said: ‘The [whistleblower’s compensation] lawsuit has been dismissed and the false allegations underpinning it have been thoroughly discredited by the US authorities who undertook a comprehensive investigation into the claims and said they were ‘meritless’ and did not show any violations of US sanctions.

‘The bank is not in mediation regarding these scurrilous claims and looks forward to appellate affirmation of the dismissal.

HOTSHOT LAW FIRM THAT HAS WON MILLIONS FOR INVESTORS

Labaton Sucharow – one of law firms investigating HSBC and Standard Chartered – has secured hundreds of millions in payouts for investors.

Its targets have included banks, pharmaceutical giants and technology companies at the centre of major corporate failings.

It landed a $600 million (£470million) payout for shareholders from Countrywide Financial in compensation for the property giant’s behaviour in the run-up to the 2008 financial crash. This was one of the largest sums paid out by an architect of the financial crisis. 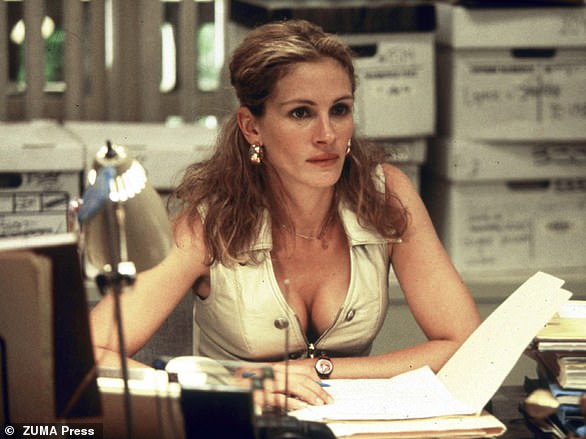 Law fight: Julia Roberts as Erin Brockovich in the 2000 blockbuster

Countrywide became a leading mortgage lender by moving away from traditional products into riskier loans. It also employed sub-standard checks on borrowers, with almost no verification of their income – a practice that almost brought down the banking system. Labaton also won $24million from Countrywide’s auditor, KPMG.

In addition it chased Bear Stearns and Deloitte for crisisera failings, landing $295million for shareholders.

Labaton’s ongoing cases include a major class action against Pacific Gas and Electric Company (PG&E), which was widely blamed for two huge wildfires in California. PG&E was the firm which Erin Brockovich took on as depicted in the Hollywood film starring Julia Roberts.

Dashcams: How clips sent in by drivers are being used by police forces

Government set to lose almost £40bn on 2008 bailout of Natwest

Easyjet bookings soar on news lockdown will be eased over Christmas

Puppies for free on Facebook – it's just another scam