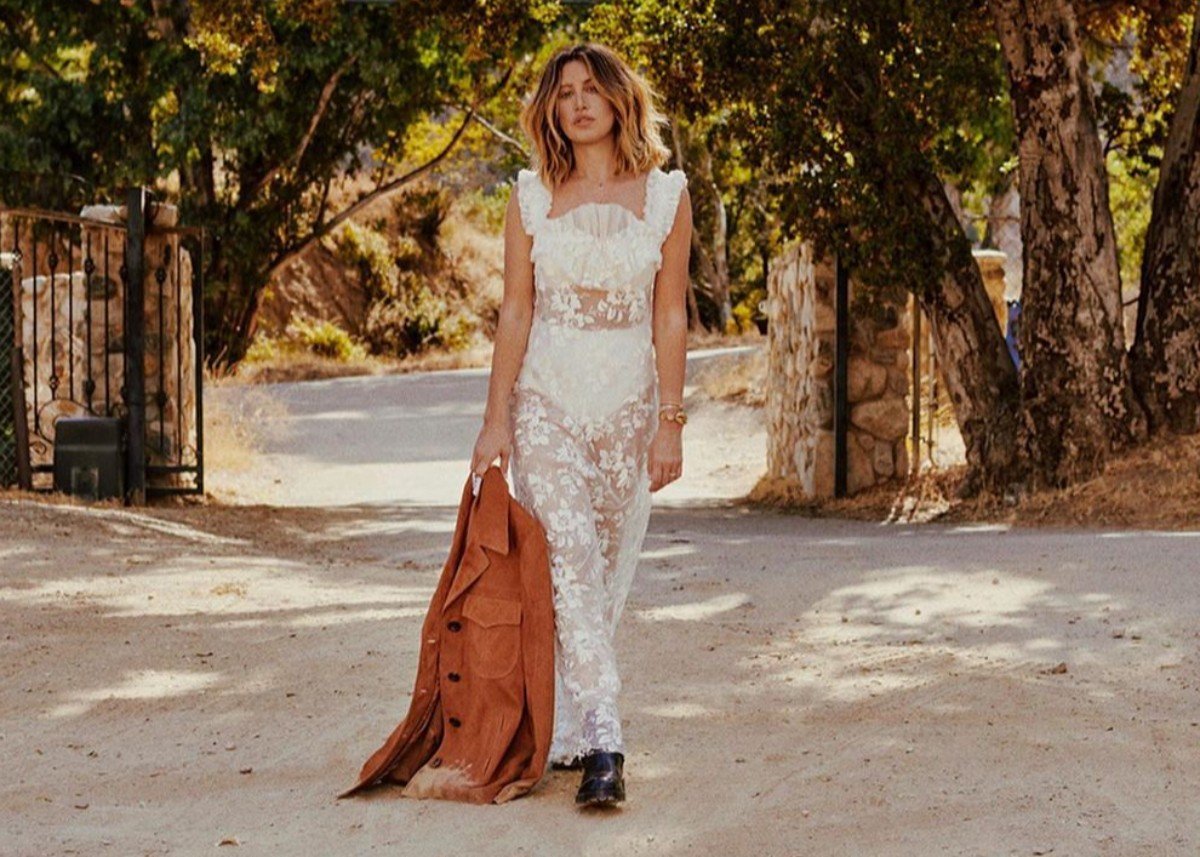 Less than a week after Ashley Tisdale revealed she and her husband Christopher French are expecting their first child, she has shared several photos where she is absolutely glowing. In the photoshoot that first appeared on celebrity stylist Erin Walsh’s official Instagram and then on Ashley’s page where she has 12.9 million followers, Ashley wore several outfits that are the perfect celebration of autumn.

Ashley is the founder of Frenshe, a company named after her married surname. The company focuses on providing non-toxic products so everyone can achieve health and wellness in life.

It was on the official Frenshe Instagram account that Ashley Tisdale made her pregnancy announcement. She stated the following.

It feels so good to finally share the news that I’M PREGNANT! Since I launched frenshe, I feel like I’ve become so close with you all, so I wanted to write a post about my journey just for this community. Tap the link in bio to read!

Ashley shared several additional photos that showed off her baby bump on her official Instagram account, where she has 12.9 million followers. Ashley hasn’t revealed her due date.

Now that the cooler weather is here and fall has arrived, it’s time to trade in summer hues for classic fall colors. These include plenty of rusts, golden hues, shades of brown, red, and orange. The photos showed Ashley wearing multiple looks featuring boots, hats, sweaters, and jackets in earth-tones.

In the first photo of the slideshow that you may see below, Ashley wore the Slvrlake New Thompson Denim Jacket with a sexy pair of knee-high brown boots.

The photo below is getting a lot of social media love. Ashley looks absolutely stunning and her outfit is perfect for September when the climate is beginning to change but is still a bit warm out. Ashley wore a soft beige hat and a white bralette top paired with the Tulip Skirt in white by Paris Georgia. The sweater Ashley wore is called the Pomme. It is by Doen.

For the outfit below, Ashley wore a beautiful, sheer, white lace dress while holding a suede jacket in the color camel called the Penny Lane. The jacket is from Nour Hammour and Ashley looked fabulous in the photo.

What do you think about Ashley Tisdale‘s latest photos and her company Frenshe?

Kay Cossington: 'We have the world's best league – and we want success' | Suzanne Wrack