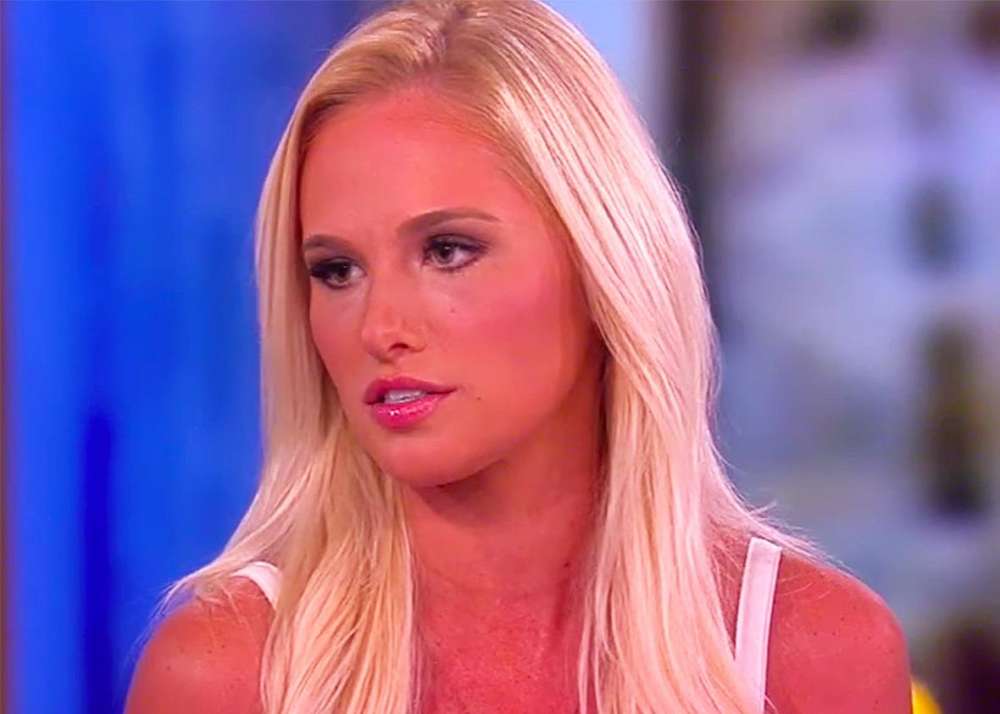 Tomi Lahren was put on blast yet again this week after she appeared to insinuate that Breonna Taylor had resisted arrest. Amid the news that no police officers were charged with murder, Tomi took to her social media account to reflect on the case that has many Americans protesting through their cities once again.

In case you missed it, one officer was indicted, Brett Hankison, however, he was only charged with minor crimes. Thus far, people have been protesting in Los Angeles, New York, and in Louisville, and authorities are asking for peace as they get ready for damage.

Celebrities have also commented on the shooting death of Breonna Taylor as well as the exoneration of those involved, with most arguing that it was a white-washing of justice. Tomi Lahren was just one who captured the attention of social media users but not in a positive way.

In a tweet you can see below, Tomi criticized the way in which people think they can interact with officers. She went on to say that it wasn’t a cop’s job to gamble with their lives so perpetrators can “comfortably resist arrest.”

It is NOT an officer’s duty to gamble with his/her life so you can happily and comfortably resist arrest.

Tomi went on to say that what happened to Taylor was a “horrible tragedy,” but for people to storm the streets and burn everything down in a “blind and racist rage” isn’t the right thing to do either. It’s not justice, the commentator argued.

As most know, Breonna Taylor’s case has been a point of contention in the culture, both socially and politically, ever since her death was revealed earlier in the year. The Black Lives Matter protests started in earnest following the death of George Floyd, but Breonna’s death was another case that rallied protestors with a common goal.

Since then, protestors have been calling for the defunding of the police, which would mean replacing police officers with social workers who are specially trained in disputes such as domestic violence, abuse, drug addiction, and mental health.

The argument is police officers are not equipped to handle the vast majority of disputes they’re tasked with, and specially trainer police officers would be a better solution.

Tom Kennedy dead: Name That Tune and The Price Is Right host dies at 93

US officials: Climate change not a threat to rare wolverine