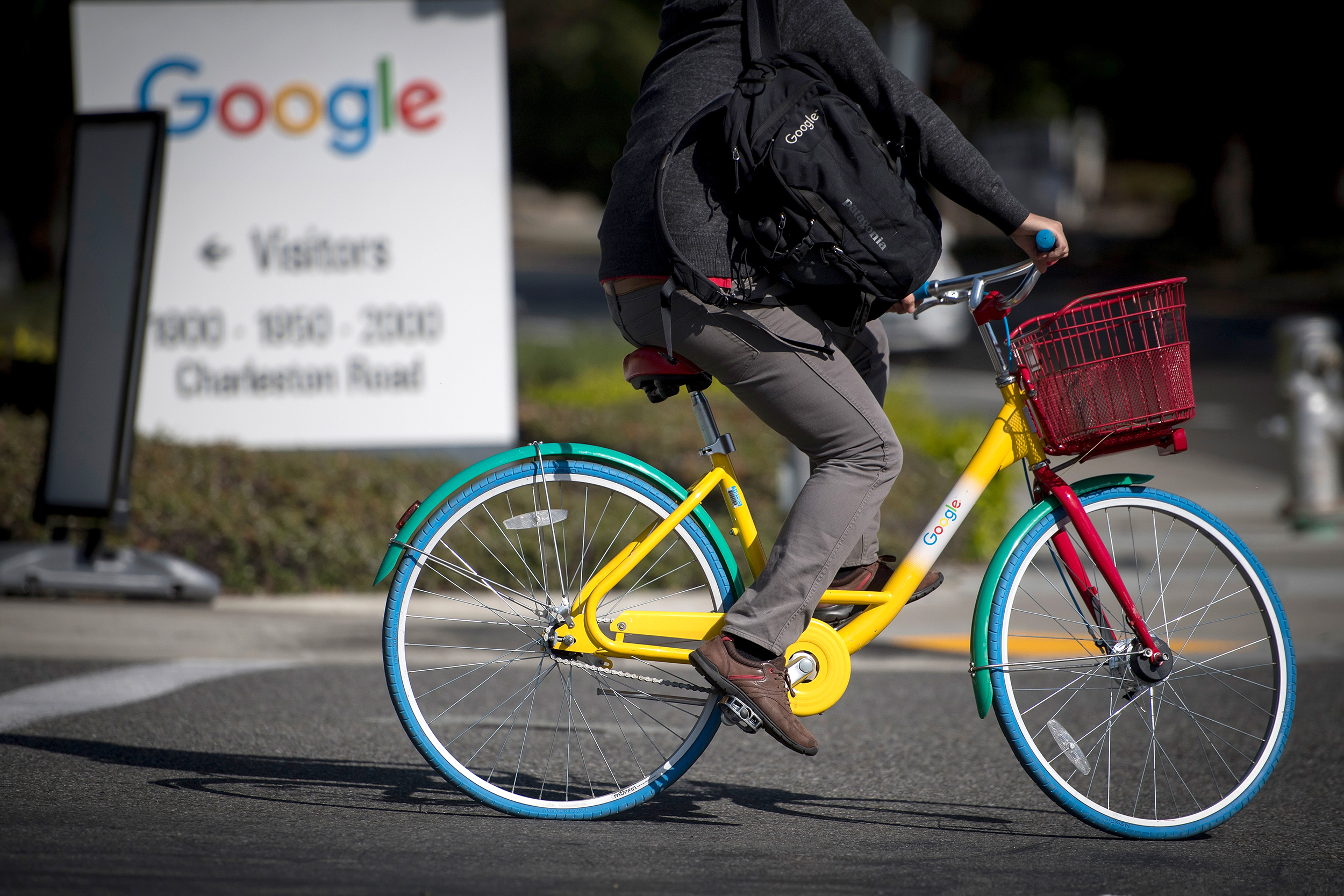 SAN FRANCISCO — Many office workers are doing their jobs from home because of the coronavirus pandemic, and the trend has given some authorities in California an idea: Make it mandatory.

The Metropolitan Transportation Commission, a regional government agency in the San Francisco Bay Area, voted Wednesday to move forward with a proposal to require people at large, office-based companies to work from home three days a week as a way to slash greenhouse gas emissions from car commutes.

It’s a radical suggestion that likely would have been a non-starter before Covid-19 shuttered many offices in March, but now that corporate employees have gotten a taste of not commuting, transportation planners think the idea has wider appeal.

“There is an opportunity to do things that could not have been done in the past,” said Oakland Mayor Libby Schaaf, a member of the transportation commission who supports the proposal. She said she felt “very strongly” that a telecommuting mandate ought to be a part of the region’s future.

The proposal was wrapped into a much bigger 36-page package of policies about what the Bay Area should look like in the year 2050, and what steps the area could take to reduce the emission of greenhouse gases. The commission voted to approve the overall plan 11-1, with some absences.

Although the proposal is in its early stages, it appears to be the most extreme example yet of pandemic life seeming to become permanent.

Some of the nation’s largest companies are headquartered in the Bay Area, including not only tech giants Apple, Facebook, Google, Intel and Netflix, but Chevron, Levi Strauss and Wells Fargo.

Some corporations, such as Facebook, have embraced remote work as a longterm strategy. But many, including Apple, have built flashy and car-centric campuses in anticipation of having employees generally on-site in non-pandemic times.

The idea of a mandate was a surprise to residents, many of whom first learned of the idea this week from social media and then flooded an online meeting of the transportation agency Wednesday to try, unsuccessfully, to talk commissioners out of the idea.

“We do not want to continue this as a lifestyle,” Steven Buss, a Google software engineer who lives in San Francisco, told the commission.

“We are all sacrificing now to reduce the spread of the virus, but no one is enjoying working from home,” he said. “It’s probably fine if you own a big house out in the suburbs and you’re nearing retirement, but for young workers like me who live in crowded conditions, working from home is terrible.”

Many callers pointed out that the situation exacerbates inequality because only some types of work can be done from home. Others worried about the ripple effects on lunch spots, transit agencies and other businesses and organizations that rely on revenue from office workers.

Still other residents said that if car emissions are the problem, the commission should focus on cars, not all commutes.

Dustin Moskovitz, a cofounder of Facebook who usually keeps a low public profile, mocked the idea as an indictment of the Bay Area’s general failure to plan for growth.

“We tried nothing, and we’re all out of ideas,” Moskovitz, now CEO of software company Asana, tweeted Tuesday.

The mandate would apply to “large, office-based employers” and require them to have at least 60 percent of their employees telecommute on any given workday. They could meet the requirement through flexible schedules, compressed work weeks or other alternatives.

Though a broader project planning for 2050 has been in the works for months, the work-from-home mandate was a late addition and came before commissioners only two weeks ago, said Nick Josefowitz, a member of the commission who expressed concern about it.

Josefowitz tried Wednesday to amend the mandate to allow for walking to work or taking transit, but opponents said any delay to the plan could cause the commission to miss a key funding deadline or fall short of targets for reducing emissions.

“If we start amending this plan at this late hour, do you have any rabbits in your hat that’s going to get us to the finish line?” asked Jim Spering, a commission member from Solano County, north of the bay. Commission staff said they had no such rabbit, meaning another way to reduce greenhouse gas emissions by as much.

A member of the Metropolitan Transportation Commission’s planning staff, Dave Vautin, said the idea seemed to be popular in surveys, with about three-quarters of Bay Area residents supporting the concept.

“We were really being responsive to the public feedback,” he said.

Therese McMillan, the commission’s executive director, said there would be time to flesh out the details and account for green types of commutes like walking. The plan will come back before the commission again before the end of the year, and then there would be an implementation period — which may overlap with the pandemic anyway.

San Jose Mayor Sam Liccardo, a member of the commission, said he wants to see significant changes, in part because of the disproportionate impact on low-income residents.

“We’re going to find that the impacts — socially and psychologically — of this isolation will be with us for a generation, and working from home is certainly not the ideal solution,” he said.

'Are we in Cleveland?' Kamala Harris is caught on hot mic asking an aide which city she was in