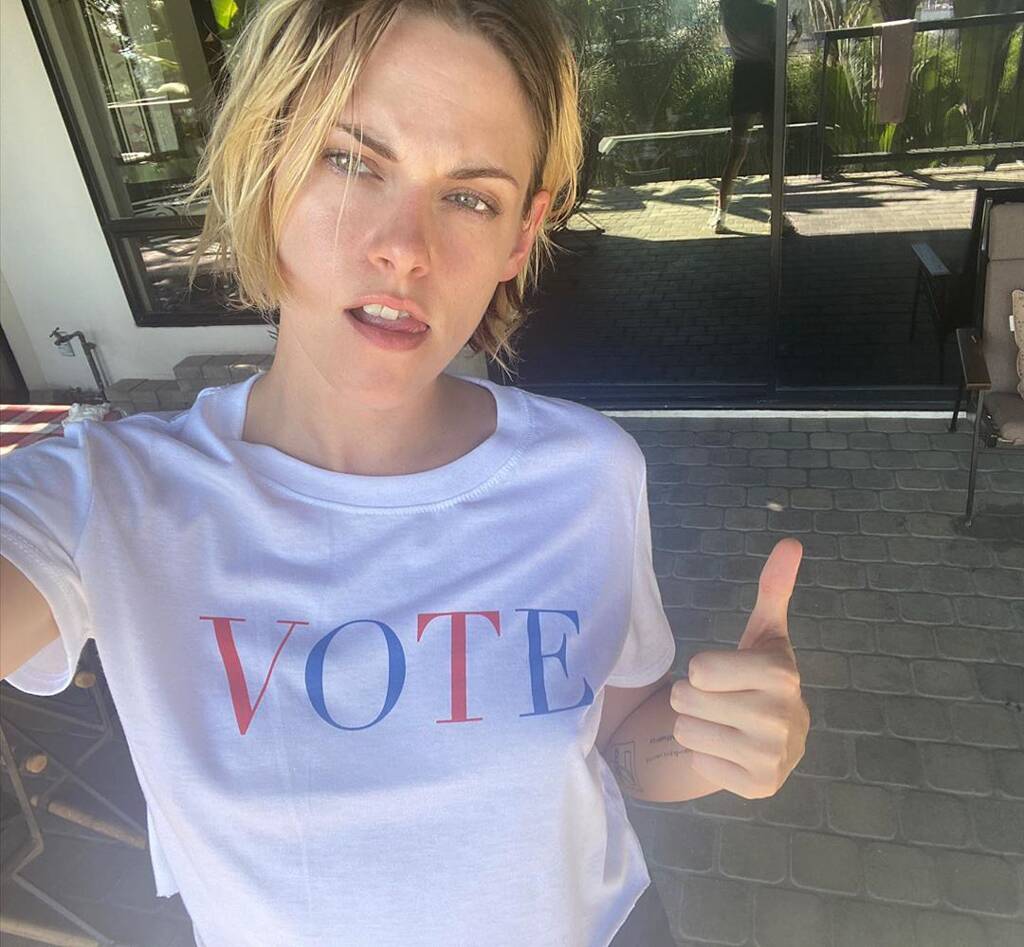 With the occasion of National Voter Registration Day, actress Kristen Stewart took over her girlfriend, Dylan Meyer’s Instagram account because she had a very important message to share. Here’s what she had to say and why she needed Dylan’s platform to do it!

Regardless, she still wanted to use her influence for the greater good of the country even though she is not normally a fan of social media.

That being said, Kristen Stewart did not make her own account but instead, took over her girlfriend’s one to share a very important message with everyone who cares to listen.

The message was, of course, about the upcoming presidential elections and the actress really wanted to remind fans just how imperative it really is for everyone to vote in November!

So, Dylan posted a photo of Kristen wearing a T-shirt reading ‘Vote’ on her account and added in the caption: ‘I turned the mic over to Kristen because she had some things to say and doesn’t have her own account. Happy #nationalvoterregistrationday!’

It was Kristen’s turn to address users, writing in her note that it was addressed to ‘anyone that might need to let out a little aggression today.’

She went on: ‘I never do this but for anyone who has not registered to vote please take this opportunity to feel HEARD. I am voting because I WANT to believe in our country. Because I believe in climate change. I believe in systemic racism. I believe in freedom of speech and the right to assemble. I believe in gun control. I believe women have a right to make choices about their own bodies. I believe people have the right to live and love and identify however they feel in their hearts without fear.’

‘So try and have a lovely Tuesday and vote for your f**king lives,’ Kristen added, concluding her inspiring message.

Amber Rose: Kanye West ‘Has Bullied Me for 10 Years’

Not enough or double the prejudice: On being Black and Asian American in 2020