Airlines have pleaded for Covid-19 tests to be rolled out at airports so that the industry can begin to recover.

The International Air Transport Association (IATA) said pre-departure tests for all passengers would be the only way to replace the uncertain and fast-changing quarantine systems that have put people off travelling this summer.

And Tui, the world’s biggest holiday group, also piled pressure on governments to introduce testing as it said summer bookings fell 83 per cent. 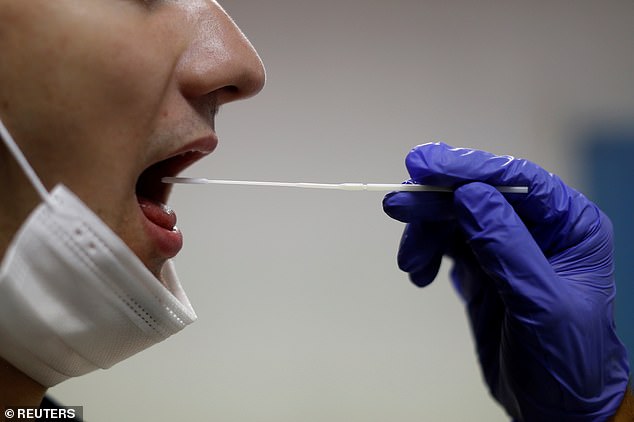 The company called for a ‘regional risk assessment policy being applied by each government rather than a blanket travel policy’.

Tui has cut its winter schedule by a further 20 per cent to around 40 per cent of last year’s capacity because of the ‘continuous changes in travel advice’.

Industry leaders, airlines and airports have warned the global economy will nosedive until quarantines can be scrapped and passengers can move smoothly through borders.

IATA head Alexandre de Juniac demanded rapid and affordable tests that can be administered by a non-medical professional.

De Juniac said: ‘We don’t see any solution that would be less challenging or more effective.’

It is thought tests that cost a few pounds each could be available within weeks.

Failure to set up a testing regime could also cost more jobs in an industry battered by the Covid crisis. Tui yesterday said it would axe 8,000 jobs as it scrambles to cut costs.

And Airbus boss Guillaume Faury warned the plane maker’s ‘life as a business is at risk’ because of coronavirus.

Although it wanted to avoid compulsory redundancies, Faury has said these might now be necessary, particularly in France and Germany.

Faury told a French radio station: ‘The crisis is existential. Our life as a business is potentially at risk if we don’t take the right measures.

And Willie Walsh, the former boss of British Airways-owner IAG, said the airline industry is never going to get back to the way it was before Covid.

He said that in around five years’ time it would be a smaller sector, with fewer airlines, but more efficient.

Walsh said: ‘It’s never going to go back to the way it was.’

Crispin Odey in the dock over groping claims

Manual handbrakes are being replaced by electronic parking systems in cars

HMRC digitalisation: the end of the tax return as we know it?

Pay for TV licence? We'd rather go to jail, say the over-75s

Only ONE mortgage is left for 90% borrowers

Tech Nation beefs up board as it strives to help economy