‘If I was 20, I would have scored another two’: Zlatan Ibrahimovic compares himself to Benjamin Button after scoring twice but missing open goal to claim hat-trick in Milan’s Serie A victory over Bologna

Zlatan Ibrahimovic claimed he could have scored four goals if he were a younger man despite leading AC Milan to an opening day victory over Bologna in Serie A.

The 38-year-old scored twice but missed an open goal to claim a hat-trick to help his side ease to a 2-0 win at the San Siro.

After scoring a towering header from Theo Hernandez’s first-half cross before doubling his tally from the penalty spot after the break, he looked certain to complete a treble in the second half. 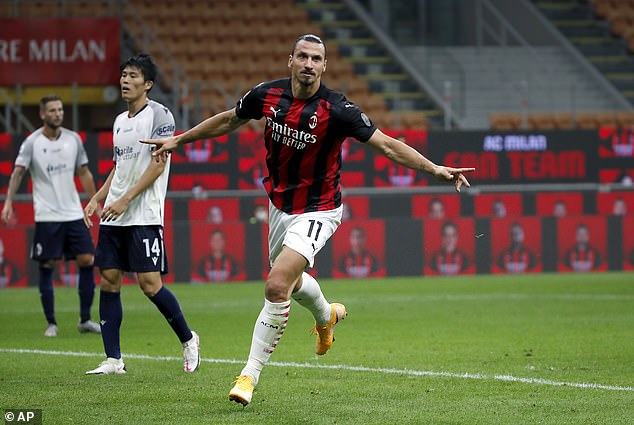 But after taking the ball around goalkeeper Lukasz Skorupski, he blazed over with the goal gaping.

It would have made him the oldest player to score a hat-trick in the history of Serie A, but Ibrahimovic brushed off any concerns afterwards. 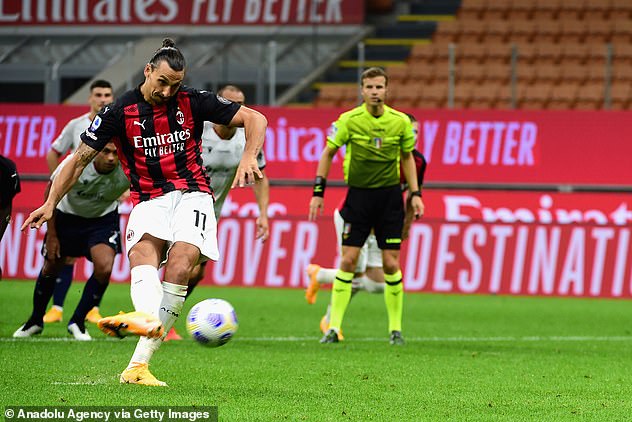 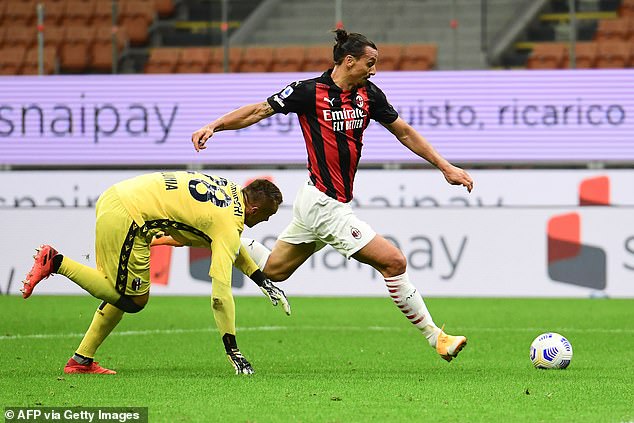 ‘We are not yet at 100 per cent, we still made some mistakes that we usually wouldn’t,’ he added.

‘Today it was important to win the first game and start well. Our goal is to do better than last year.

The Swedish superstar signed a contract extension until the end of the season last month and is confident Stefano Pioli’s side can build on their strong end to the previous campaign.

‘The young players are doing well; they work, they listen, they have discipline, they know that you have to suffer, work and be focused every day.

‘This year we have to think one game at a time and do well, play confidently and play every game like a final. The goal is to stay high in the table.

‘I like to have responsibility. The biggest pressure comes from myself. I don’t want anyone to talk about my age, I want everyone to be judged on the same level – I don’t want any favours because I’m 38.’

BOTH Manchester City and Manchester United are 'eyeing-up Mauricio Pochettino'