ALEX BRUMMER: Government must support Rolls-Royce – jobs, engineering skills, R&D and Britain’s future as an aerospace champion are at stake

The image of Rolls-Royce cruising the chanceries of the world looking for new cornerstone investors is not one of which Britain can be proud.

Rolls-Royce is Britain’s premier engineering business, with a reputation for excellence, a world leader in engines for wide-bodied jets as well as a critical defence contractor.

It is a victim of Covid-19 and the failure of Boris Johnson’s government to keep the skies open in the pandemic. 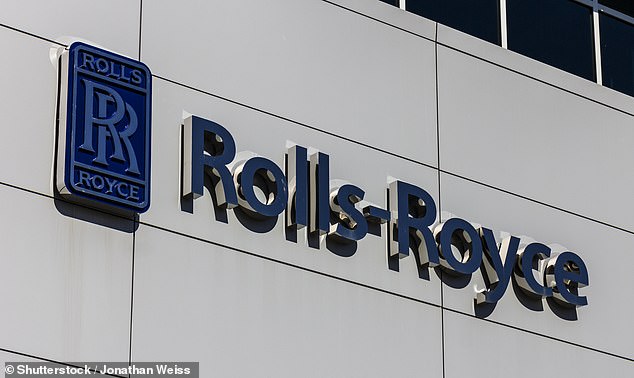 In need of support: Rolls-Royce is a victim of Covid-19 and the failure of Boris Johnson’s government to keep the skies open in the pandemic

Chief executive Warren East has cleaned up the balance sheet, made painful job cuts in the company’s Derby heartland, lined up credit facilities and now needs to secure equity funding.

The pressure on the shares is becoming immense – down a further 10.8 per cent in latest trading – making Rolls worth just £3bn. That is a little more than half the value of The Hut which sells protein and beauty supplements online and has weak governance.

If investment banks, which rushed to take part in The Hut float, were working effectively, they would be stretching their sinews to make sure Rolls gets the £2.5billion minimum it wants.

There are a variety of things that the Government could do to support Rolls-Royce. It could become a cornerstone investor through a rights issue, ensuring its success. That might help preclude overseas wealth funds, such as Singapore, from becoming dominant influences on the share register with potential serious industrial consequences.

It could also take policy steps. It should be working like mad to open up an air corridor to New York, also critical for BA, Virgin Atlantic and the City. It needs to put more cash behind the Tempest fighter project. And it should step up support for small, modular nuclear reactors now that Hitachi has withdrawn from the fray.

Jobs, engineering skills, R&D and Britain’s future as an aerospace champion are at stake.

Plans by Unilever’s chief executive Alan Jope to unify the Anglo-Dutch company’s headquarters and domicile in Britain have taken a big step forward, with a 99.3pc vote in favour by Dutch investors.

So far this is proving a smoother process than in 2018 when his predecessor Paul Polman tried to shift the axis of the Ben & Jerry’s-to-Dove soap group to Rotterdam. On that occasion, a spirited revolt among UK long shareholders, concerned they would have to sell the stock that would have been excluded from the FTSE 100 premium index, led to the proposal being withdrawn.

The approval of UK investors, who are to vote on October 2, must be a given after the resistance to Rotterdam.

But this does not mean the re-organisation is all over bar the shouting. The more serious obstacle has been posed by the Netherlands’ leftist green party which, taking a leaf out of the Brussels playbook, is demanding Unilever pay an exit tax of £10billion. As a small minority party, it obviously could not force through such a measure.

But in a post-Covid world, where governments are scouting around for new sources of income to bring budgets under control, other politicians might see the merit of some kind of levy. Unilever initially took the threat lightly and, having taken legal advice, believes it would violate international law. Not that this any longer seems to matter to Boris Johnson’s government in London in the wake of his Brexit bill escapade.

Unilever is clear that £10billion is not a price worth paying. After all, it amounts to one-third of Britain’s total Brexit invoice of £32billion after nearly five decades of membership. Such an outcome, which thwarted Unilever’s plans, would be unlikely to encourage Jope and colleagues to prioritise the Netherlands for future investment.

Sony underlined the value of music catalogues in 2016 when it bought Lennon & McCartney’s songbook from the Michael Jackson estate.

Here in Britain, stock market newcomer Hipgnosis is trying to recapture the country’s lost place in the global music business by splashing out on songbooks.

So far, the biggest names are eluding its grasp and the prices paid look top-heavy. But in the search for content, founder Merck Mercuriadis is on a streak, raising a further £250m, with his eyes on catalogues worth up to £1billion. He is putting together an increasingly credible team, including exiles from EMI and Virgin Music.

Not before time, the UK – home to so much recording genius – is reasserting itself. Cool.

Bank of England 'not poised to bring in negative interest rates'

Where Is Our NHL 21 Review?