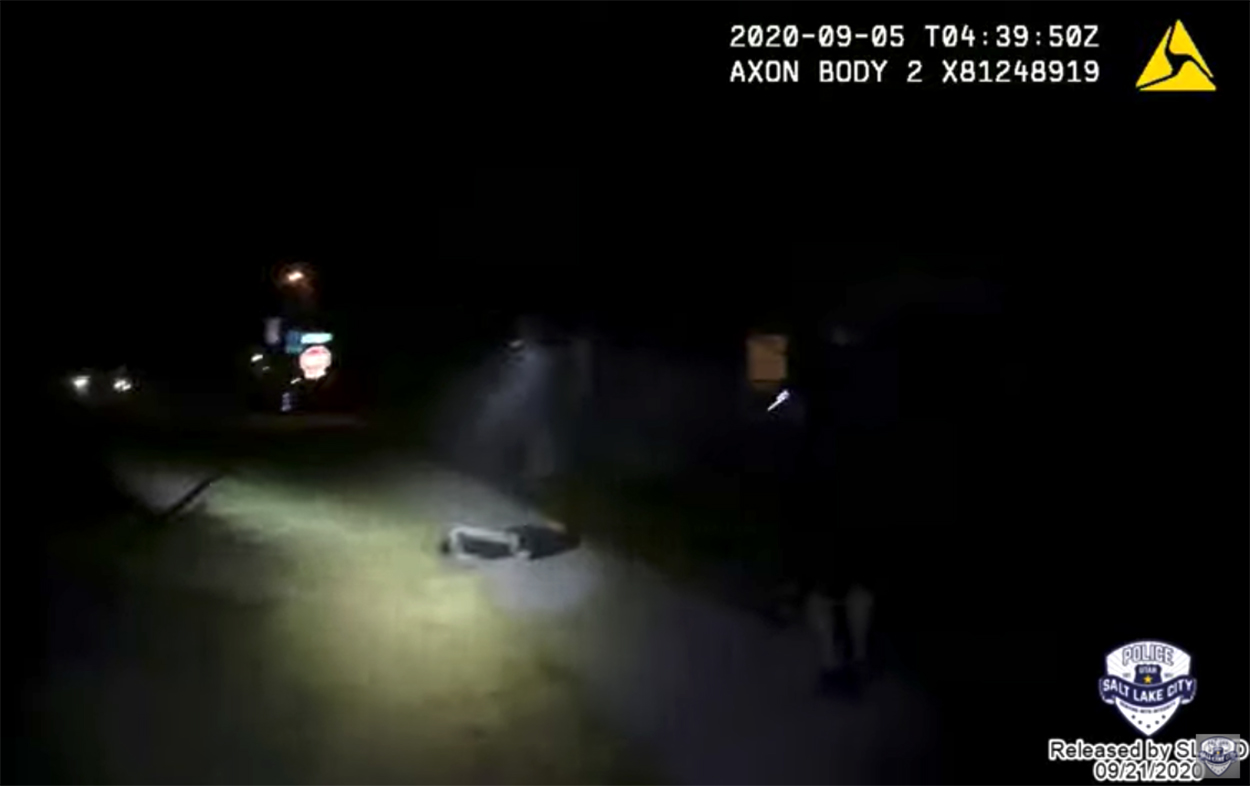 Authorities in Salt Lake City released body camera footage Monday that shows an officer shooting a 13-year-old boy after his mother called 911 because the teen was acting out and needed help.

In the disturbing footage from Sept. 4, the teen can be seen running from police and not complying when an officer orders him to the ground. Moments before one of the officers opens fire, another can be heard saying, “pull your hands out.”

It isn’t clear if the teen, who NBC News is not identifying because of his age, was armed. A Salt Lake City police statement released Monday didn’t say, and the department didn’t immediately respond to a request for comment.

The teen suffered injuries to his intestines, ankles, shoulder and bladder, and remains hospitalized, according to an online fundraiser.

The boy’s mother, Golda Barton, told a dispatcher that she wanted a “crisis intervention officer” sent to her home in the Glendale area of Salt Lake City because her son had threatened to shoot one of her co-workers and break the windows in their home, according to audio also released Monday by the Salt Lake City Police Department. She also said he’d been in a “shootout” in Nevada and a high-speed chase with police.

It isn’t clear if the police dispatched to the home were crisis intervention officers, who receive 40 hours of training on mental health issues and policing, according to the department. In the statement released Monday, the department said that all new officers are required to attend its crisis intervention academy, but it didn’t say if any of the officers involved in the Sept. 4 shooting had received that training.

None of the officers involved in the shooting have been identified. It wasn’t clear if they had been placed on administrative leave while the incident is investigated, as is standard protocol at other law enforcement agencies. The department said it was releasing the footage and audio to be transparent.

In the 911 audio, Barton can be heard telling the dispatcher that her father was killed by sheriff’s deputies in Nevada earlier this year and that her son “does not like cops at all.”

“That’s why we need a mental health worker,” she said. “It’s super important.”

Efforts to reach Barton on Monday were unsuccessful, but in an interview with NBC affiliate KSL earlier this month she described the teen’s mental health struggles and said she called 911 after consulting with his psychiatrist.

In the footage, Barton can be seen telling the officers that her son was out of control and threatening to break things. When one of the officers asked if the teen had any weapons, she responded that he had a BB gun but added that it wasn’t real.

“Unfortunately, we have to treat them all as if they are,” the officer said.

In the footage, three officers can be seen approaching Barton’s home and knocking on the door. They then ran to the back yard, where one can be heard saying that the teen jumped a fence.

The officers chased the teen, who can be seen slowly walking away from them as they ordered him to the ground. Moments later, one of the officers can be seen firing multiple times and ordering the teen to show his hands after he’s been shot.

Brexit: Why is fishing a stumbling block in the trade talks?