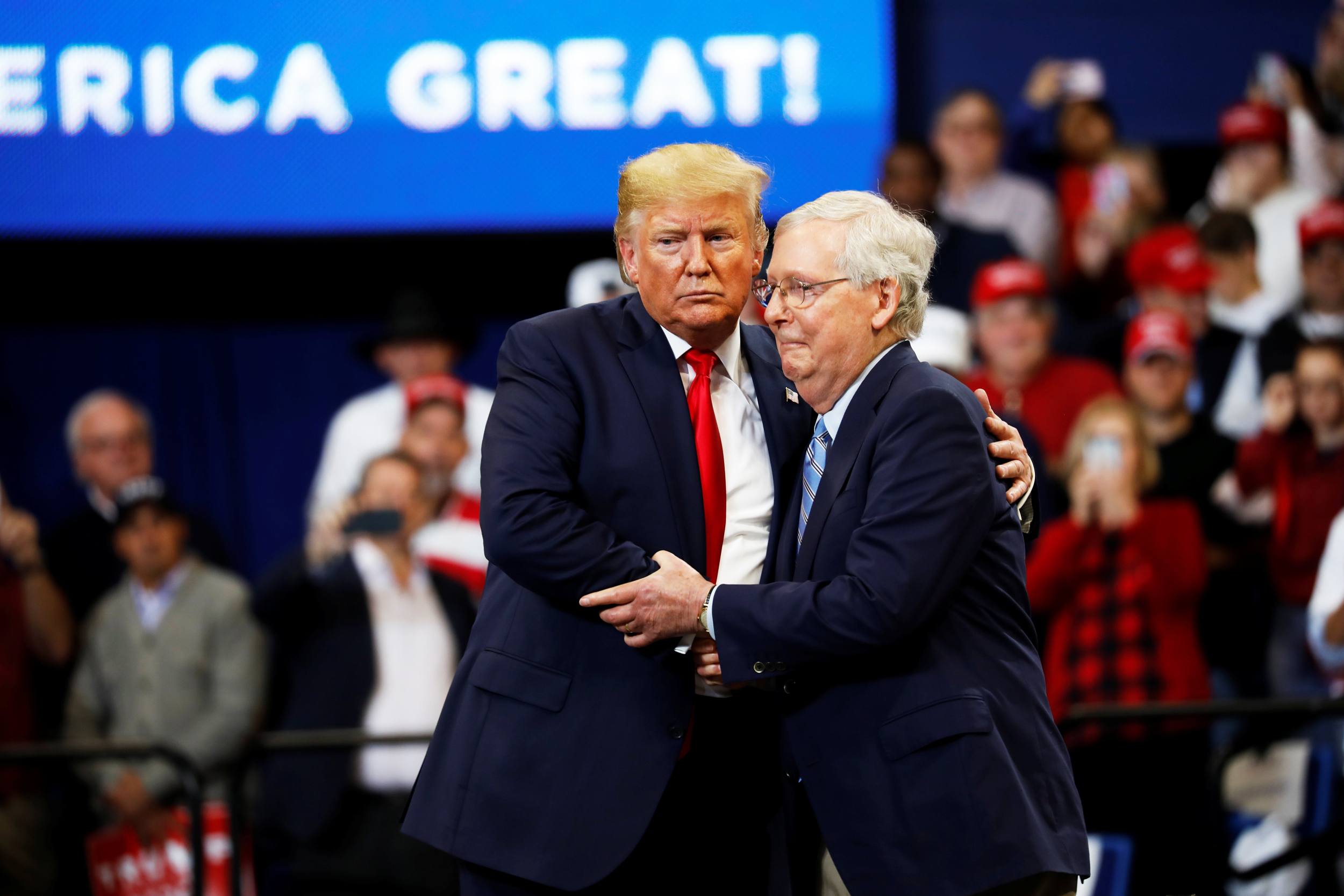 The death of Supreme Court Justice Ruth Bader Ginsburg about six weeks before Election Day has set into motion what will perhaps be the most severe of the many strains the election of Donald Trump has placed on American democracy; the Supreme Court as we know it is unlikely to survive the fallout.

Her death has immediately shown the Republican political leadership to be wholly unscrupulous actors, committed to maximum short-term political gain irrespective of long-term institutional consequences — utterly unaffected by political or social norms, be they 200 years old or ones they themselves set a mere four years ago, and ruled only by the letter and not the spirit of the law. The backlash from Democrats — who seem likely to win the presidency, keep the House and possibly take the Senate in November — will be fierce.

From her deathbed, Ginsburg made her own views about her replacement clear: In a statement dictated to her granddaughter shortly before her death, Ginsburg said, “My most fervent wish is that I will not be replaced until a new president is installed.” Only about an hour after her death was announced, however, Senate Majority Leader Mitch McConnell, R-Ky., asserted in a statement that “President Trump’s nominee will receive a vote on the floor of the United States Senate.” (An optimistic Democrat could take comfort in the fact that McConnell did not yet claim to have the votes to confirm said nominee, but, since Republicans hold a 53-47 majority in the Senate, stopping them from doing so will likely be a formidable task.)

McConnell’s move to swiftly replace Ginsburg is particularly galling because of what McConnell did just over four years ago. Justice Antonin Scalia died in February 2016, and he refused to even give President Barack Obama’s nominee a hearing (let alone a vote), claiming that to do so in an election year was unfair to the American people; Republicans parroted his reasoning ad nauseam.

Other Republicans’ arguments for the differential treatment of this vacancy have been nonsense and insulting to the intelligence of the American electorate they once claimed to be protecting. Sen. Ted Cruz, R-Texas, — who is on Trump’s shortlist for a nomination — asserted, “We cannot have Election Day come and go with a 4-4 court,” although of course the 2016 presidential election occurred under an eight-member Supreme Court and Cruz fully supported maintaining that vacancy.

Sen. Lindsey Graham, R-S.C., for his part, justified his 180-degree turn from his oft-stated 2016 views that the American people should decide the outcome of a Supreme Court vacancy during an election year by citing Democratic opposition to Trump nominee Brett Kavanaugh — a particularly unconvincing claim given that Kavanaugh was confirmed.

Still, accusing a smarmy politician of hypocrisy on procedural matters is ultimately not going to cause them to change course; it’s like accusing water of being wet. The real question is what Democrats intend to do if McConnell is able to get a midnight Trump nominee to the Supreme Court confirmed. On Saturday, Senate Minority Leader Chuck Schumer, D-N.Y., issued a warning: “Let me be clear: if Leader McConnell and Senate Republicans move forward with this, then nothing is off the table for next year.”

The philosophical case for reforming the Supreme Court — should Democrats take over the Senate and White House in 2021 — is straightforward. While it’s possible that Trump could win re-election, virtually nobody, including Trump’s most fervent supporters, believes that Trump will win the popular vote over Joe Biden; he didn’t over Hillary Clinton in 2016. Assuming that’s correct, it would mean Democrats will have won the popular vote in seven out of the last eight presidential elections. Yet, if a Trump replacement for Ginsburg is confirmed, Republicans’ would have nominated a 6-3 majority on the Supreme Court, a split that would be essentially impossible for Democrats to displace through ordinary means, irrespective of the results of future elections.

That’s not how the system of checks and balances is supposed to work. American political elites have generally supported the strong form of judicial review that emerged in the late 19th century because the Supreme Court generally tracked with the constitutional views of the dominant political coalition. A Supreme Court representing an entrenched, unpopular minority faction that refuses to allow the popular majorities from the other party to effectively govern would be neither democratically legitimate nor politically stable.

Indeed, the previous periods in history in which the Supreme Court was controlled by an opposition faction — the early Jefferson administration, the Civil War and first years of the New Deal — all led to constitutional crises that ended only when the court itself backed down. The closest parallel to Trump getting a nominee confirmed — whether just before or after the election in a lame-duck session — would be the lame-duck court-packing of John Adams’ administration, which led to a fierce legislative backlash from Thomas Jefferson’s administration and its congressional supporters.

If Republicans establish “anything not strictly forbidden by the Constitution is permitted” as the norm of governance, Democrats should act in kind.

The Republican argument for confirming a last-minute Trump nominee ultimately boils down to a question of power and the letter of the law: The president and Senate control the nomination process, and nothing in the U.S. Constitution prevents them from filling a vacancy, no matter when it occurs. They can, and seemingly will, ignore the dying wishes of Ginsburg, the norms they themselves established and any remaining idea of interparty comity and fill it.

The problem Republicans will face after they do so is that expanding the size of the Supreme Court is exactly as legal as a last minute or lame-duck Supreme Court confirmation — and it’s hardly an unprecedented action. Plus, the same can be said for other measures within the power of the next, possibly Democratic Congress to restore the balance of American democracy, including eliminating the legislative filibuster to stop Republican obstructionism or granting statehood to Washington, D.C., and Puerto Rico. (In sharp contrast to McConnell’s norm-breaking, these measures would additionally make American government more democratic and representative of its people, rather than less.)

Norms once broken cannot be unilaterally restored. So if Republicans firmly establish “anything that is not strictly forbidden by the Constitution is permitted” as the de facto norm of governance, Democrats should act in kind should they win in November. This will not be an easy path for the clearly norm-loving Democratic establishment to follow, but constitutional hardball is a much better alternative for the people they represent than the Supreme Court being under the decades-long control of a political faction that has given up even trying to appeal to the majority of the American people.

Eating jellyfish: Why scientists are talking up a 'perfect food'