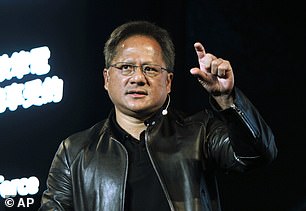 Nvidia’s boss has promised to give ‘legally binding’ guarantees on jobs if his company’s takeover of British rival Arm is approved.

MPs, unions and Arm’s co-founders have raised concerns about the takeover by the American chip giant, amid fears that jobs and the British firm’s Cambridge headquarters could be moved to the US.

Nvidia has vowed to protect UK jobs and keep Arm based here but critics have dismissed the commitments as ‘meaningless’ unless they are formalised.

But he did not provide detail on what would be included in the agreement.

It is understood that such guarantees would likely be proposed by the Government after ministers complete an ongoing review of the deal.

The Week In Games: Autobots Rollout! (When It's Your Turn)