Everything we’ve seen so far of Cyberpunk 2077 has been nothing short of stunning but those breathtaking graphics have had many PC players worried that their rigs might not be able to take the heat. Luckily, the entry point for PC gamers is much lower than originally anticipated as CD Projekt RED confirms the Cyberpunk 2077 PC requirements, both minimum and recommended.

During the studio’s most recent Night City Wire showcase, they confirmed the specs that PC players can look forward to: 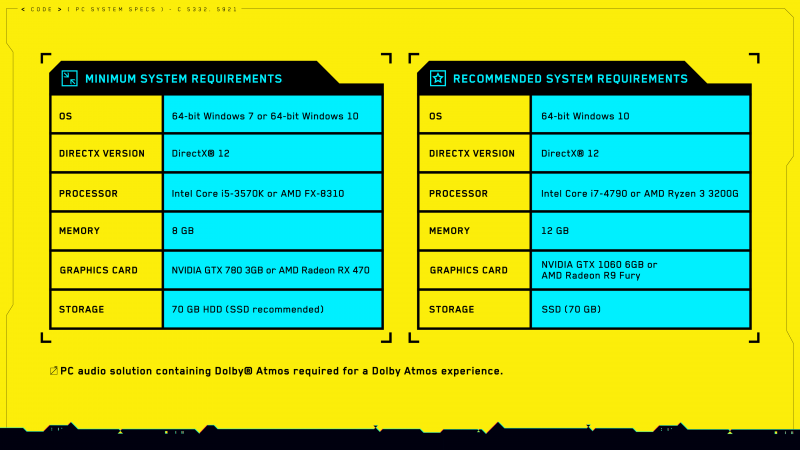 The minimum system requirement set with the NVIDIA GTX 790 or the Radeon RX 470 is a surprise, but not an unwelcome one. Obviously players will want to shoot for the recommended settings if possible if they want to experience the highest quality of Cyberpunk, but knowing that the minimum specs are a little more in reach means good things for fans ready to jump in.

With a game this massive, seeing the storage space required is also not surprising. CDPR has mentioned previously that this is a living, breathing city. Night City and its surrounding areas are massive and with completely interactive environments. A game of that scale will always require some hefty storage requirements.

We’ll be able to see exactly how this game performs when Cyberpunk 2077 launches on November 19, 2020 for PlayStation 5, Xbox Series X/S, PlayStation 4, Xbox One, and Google Stadia.

Games of the Generation: The Legend of Zelda: Breath of the Wild

Should you gamble on Genshin Impact's Sparkling Steps Banner?