HALF of Americans could have some protection against COVID-19: Studies find many people have immune T cells to other coronaviruses that respond to the new virus

By Natalie Rahhal Us Health Editor

As much as half of the world’s population may have some immunty to coronavirus, a small but growing body of research suggests.

Tests done on donated blood in the US found that about 50 percent of the samples had immune T cells that reacted to coronavirus, suggesting that the donors’ bodies might have the natural ability to fight of the deadly virus.

Similar results have been found in the UK and Sweden.

COVID-19 is thought to be so deadly in part because it’s an entirely new virus to  which humans have no natural immunity.

And while that is clearly the case for many people, British Medical Journal associate editor Dr Peter Dosh wrote on Thursday that the evidence is beginning to suggest that some people may possess some protection against the virus. 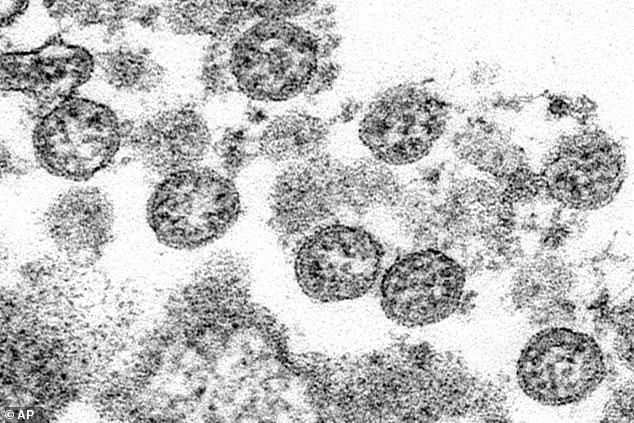 Some people may have immune T cells to other coronaviruses that could fight SARS-CoV-2, recent research suggests

In March, a member of a Skagit  County, Washington choir went to their usual practice, feeling a bit ill, but unaware that they had coronavirus.

Within a week, that person and another had tested positive for the virus that causes  COVID-19. Another 25 members of the 122-person choir had symptoms of coronavirus.

In the weeks that followed, 52 of the other 60 people who attended the practice would develop COVID-19.

The choir practice was dubbed a superspreader event, and became an early indicator that certain activities – like singing – might facilitate transmission of coronavirus.

Scientists saw the practice as a unique opportunity to study how infectious coronavirus can be. 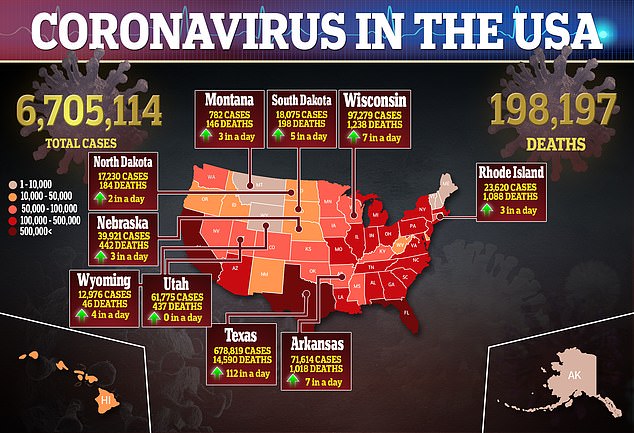 But less talked-about were the eight attendees who did not get sick, or why.

Research has shown that people are more likely to catch coronavirus and become severely ill from it if they are exposed repeatedly, but this group shared a clear common exposure.

One unexplored explanation might be that some  people have pre-existing immunity to coronavirus.

Most research on coronavirus immunity has focused on antibodies, immune cells that develop after the body has been exposed to a new pathogen. They’re tailor-made to fight that particular virus or bacteria.

In hard-hit cities, like New York, the  proportion of people who have antibodies that might protect them from re-infection is still fairly low. In New York City, about 23 percent of people tested for antibodies have them.

Now, scientists are starting to look more carefully at T cells, which, like antibodies, are part of the adaptive immune system and learn to identify and combat specific pathogens. 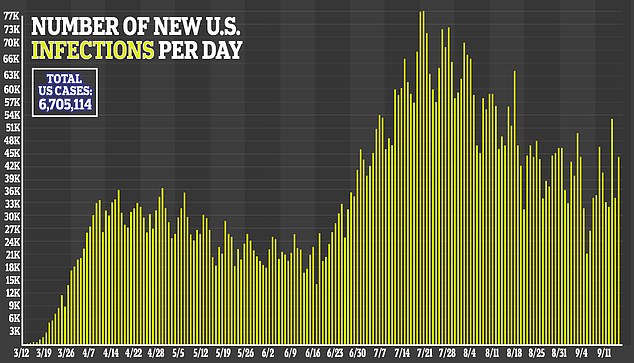 In addition to the US study, two of 10 people’s blood had T cells that reacted to SARS-CoV-2 in the Netherlands, as did about a third of samples tested in Germany and most of those tested in Singapore.

They’re all small studies but point in the same direction.

Although SARS-CoV-2 itself is new, it belongs a family of many related coronaviruses.

Scientists think that some people may have developed T cells for other coronaviruses that are ‘cross-reactive’ with SARS-CoV-2 because they are sufficiently similar.

If that’s the case, the world may be closer to herd immunity to the deadly infection than we think – but much research remains to be done before we can know if that is the  case.

Finally given hope…by the kindness of strangers