By Simon Jones and Kathryn Batte and Jack Kinnersley For Mailonline

Liverpool have completed a £41million deal with Wolves for Diogo Jota, signing the forward who will provide competition for their front three.

Jota has signed a five-year contract after Liverpool switched their attentions to him, having initially spoken to Watford about signing Ismaila Sarr.

Relegated Watford, however, were looking for a fee in excess of £50m for the Senegal forward. 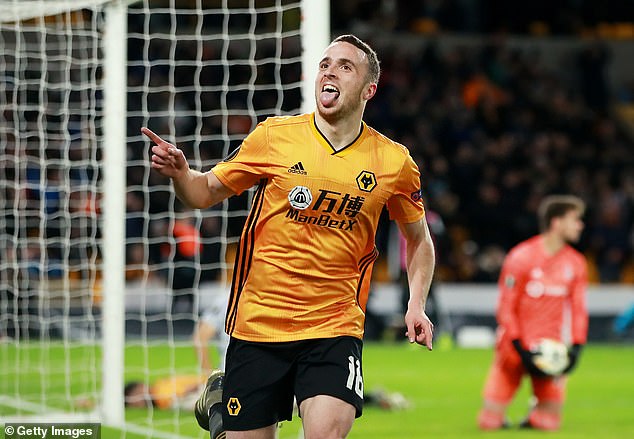 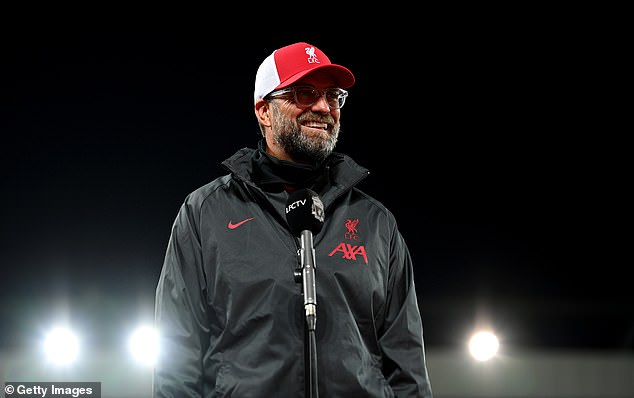 Jota has long been admired by Jurgen Klopp with his pace and attacking threat bringing 16 goals for himself last season and countless chances for others.

Liverpool want to sell Rhian Brewster for around £20m but with buy back and sell on clauses and want the same for winger Harry Wilson.

Sheffield United are among the clubs chasing a deal for Brewster along with Crystal Palace. West Brom had been interested in a loan.

Jota was omitted from the Wolves squad for the Carabao Cup defeat by Stoke City on Thursday night, having been an unused substitute for the win over Sheffield United in the Premier League on Monday. 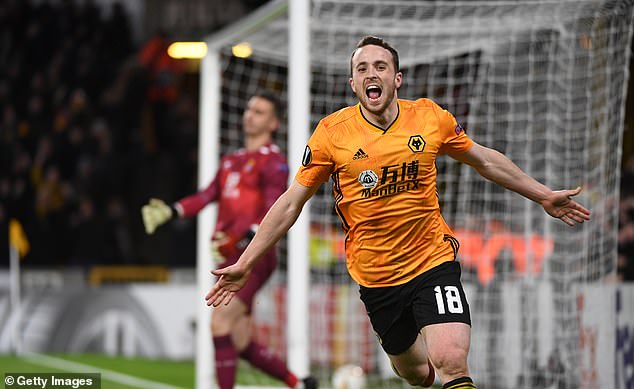 Jota made 48 appearances in all competition last season, contributing 16 goals and six assists

Liverpool followed up their interest just hours after securing the signing of Thiago Alcantara from Bayern Munich in a deal that could be worth up to £25m.

Jota was at Molineux for his side’s league cup game on Thursday but was not named either in the starting XI or on the bench, and his manager declined the opportunity to explain his absence.

Nuno was repeatedly offered the chance to clarify why the forward had missed out but he would only say: ‘He was not available for the game.

‘These are decisions we have to make, we have to protect the squad and take care of the players.

The Portugal international made 48 appearances in all competitions last season, contributing 16 goals and six assists.

Sportsmail exclusively revealed that Liverpool youngster Ki-Jana Hoever is set to make a move in the opposite direction, with Wolves close to completing a £10m deal for the right back. 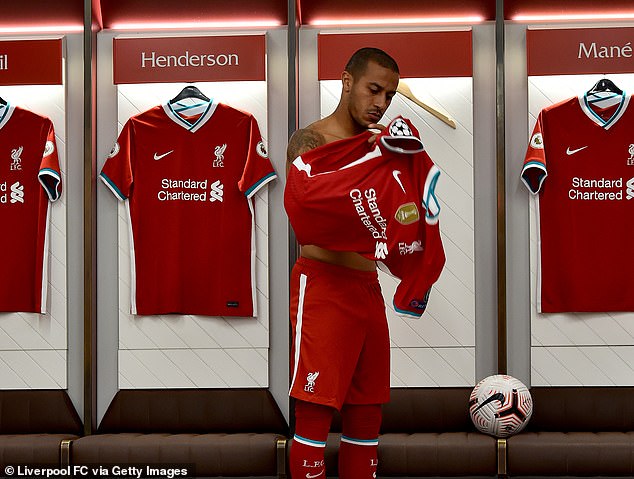 Talking Horses: Wembley can tower over rivals in Vertem Futurity