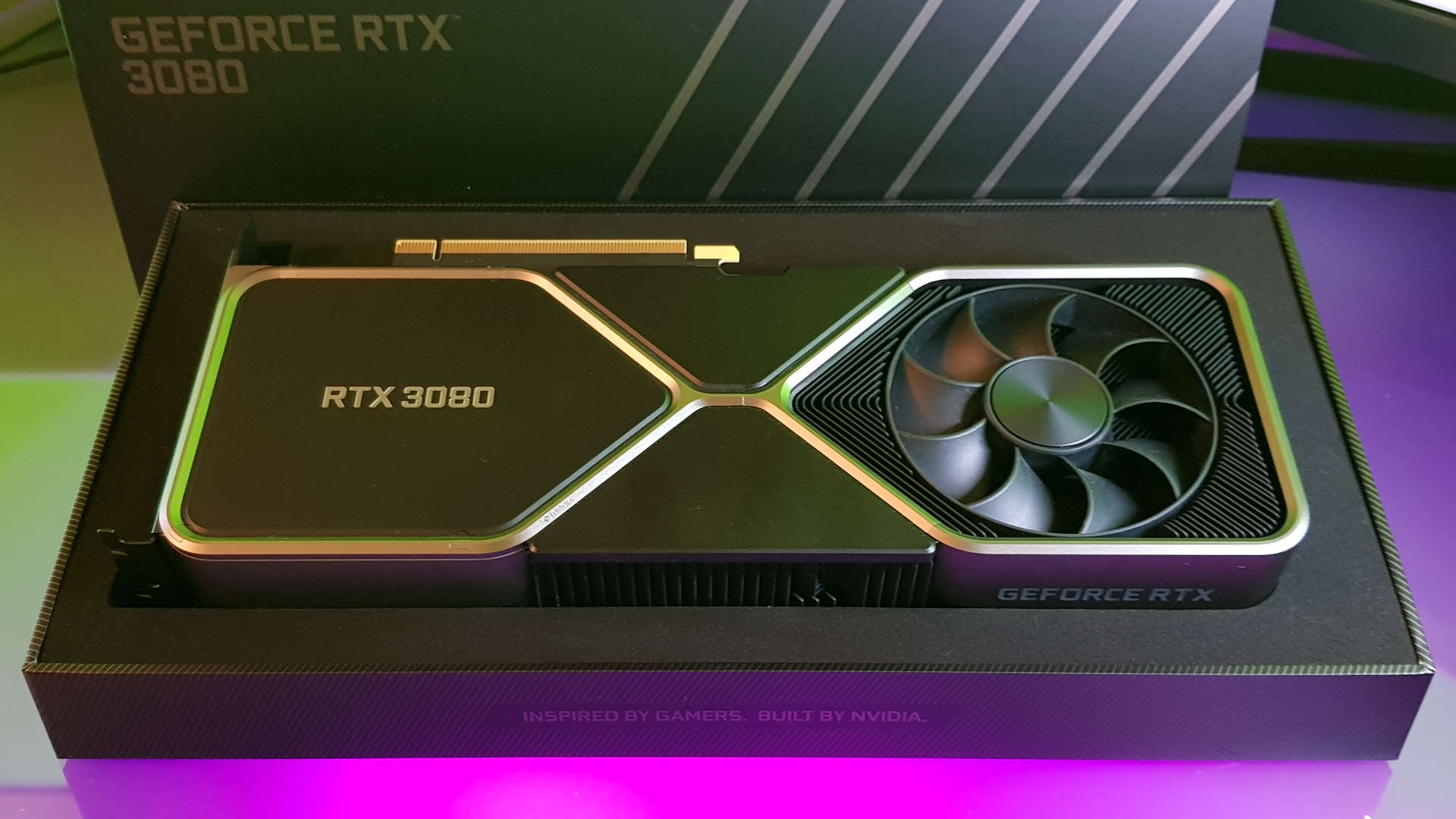 Refresh this story for the latest news on Nvidia’s RTX 3080 availability.

Update – 10:04 am PT: Origin PC is still letting you add a RTX 3080 Founder’s Edition GPU when you customize any of their Mid-to-Super Tower systems and citing 29 -31 business days for shipping. We’ve reach out to Origin about future availability.

Update – 8:52am PT: There are still systems available at iBUYPOWER sporting RTX 3080 cards. One of the systems has sold out, but there are three configurations still marked as available.

Update – 07:22am PT: The few full desktop systems we’ve seen with RTX 3080 cards inside them are also selling out now.

Update – 07:07am PT: PC Gamer staff have just received ‘notify me’ emails from Nvidia, one hour and five minutes after worldwide availability.

Update – 06.47am PT: We’ve just spoken to Nvidia about the situation:

“We are seeing unprecedented demand for the RTX 3080. We have been in production since August and are making them as quickly as possible. Our NV team and partners are shipping more every day to etailers & retailers”

Update – 06:40am PT: Newegg is up-and-running once again, however, no cards are listed as in stock at this time. Many websites, including B&H and Overclockers, remain down.

Update – 06:35am PT: Some users are reporting Nvidia.com shifted from ‘notify me’ to ‘out of stock’ near-instantaneously—perhaps even in under five seconds. We’ll keep monitoring the situation.

We are reaching out to Nvidia for an indication of stock levels and availability.

Update – 06:17am PT: It appears as though Nvidia’s RTX 3080 launch has taken down the servers of both Overclockers, Novatech, and Newegg. We’ll keep monitoring these websites for any further updates, as Nvidia’s website suggests availability is live.

Don’t lose hope just yet, however. Orders may be yet to go live on Nvidia.com, according to eagle-eyed Twitter users keeping track, and this appears to be across Nvidia’s global webstores.

Original story: The new Nvidia RTX 3080 goes on sale this very day. O frabjous day! Callooh! Callay! Yeah, it’s a quality graphics card, one that kicks the living hell out of the old $1,200 RTX 2080 Ti for close to half the price. That was the fastest consumer graphics card available to humanity until today and now looks like a thoroughly mid-range GPU.

There have been no pre-orders available for the new GeForce cards, but given that Nvidia’s own Founders Edition, third-party reference cards, and a host of factory-overclocked versions, are all going on sale today there is a chance you’ll be able to bag yourself a card. And if you’re in the market for a high-end GPU, then the RTX 3080 is a great shout.

For the same price as the RTX 2080 Super you will find a GPU that’s now completely capable of 4K gaming and one that makes it safe to actually turn on ray tracing without turning your gaming experience into a slide show. In fact the RTX 3080 is able to game with ray tracing at higher frame rates than the RTX 2080 Ti could without it.

But there has been a lot of talk about stock volume, partly because of the fact there have been no pre-orders available, and partly because this is a highly anticipated graphics card release, and there are rightly a whole lot of people out there clamouring to get their hands on some shiny new Ampere silicon. Including a good few people here on PC Gamer.

In the US we know Newegg went live with its cards at 6am PT and Best Buy, Amazon, and B&H all had cards ready to be hoovered up at the exact same moment. Everywhere seems to be struggling under the demand at the moment, and a bunch of sites have collapsed under the strain.

Across the pond in the UK your looking at the likes of Overclockers, Scan, and Ebuyer for your RTX 3080 funtimes. But there too, sites are having problems.

For our part we’ve deployed our Hawk bots to scour the intermawebs for the best prices on a regular basis, and the widget below will keep updating every 30mins to try and find cards in stock for you lovely people.

At the moment it’s looking tough, but we’ll keep on looking for cards.

Games of the Generation: The Legend of Zelda: Breath of the Wild

Should you gamble on Genshin Impact's Sparkling Steps Banner?