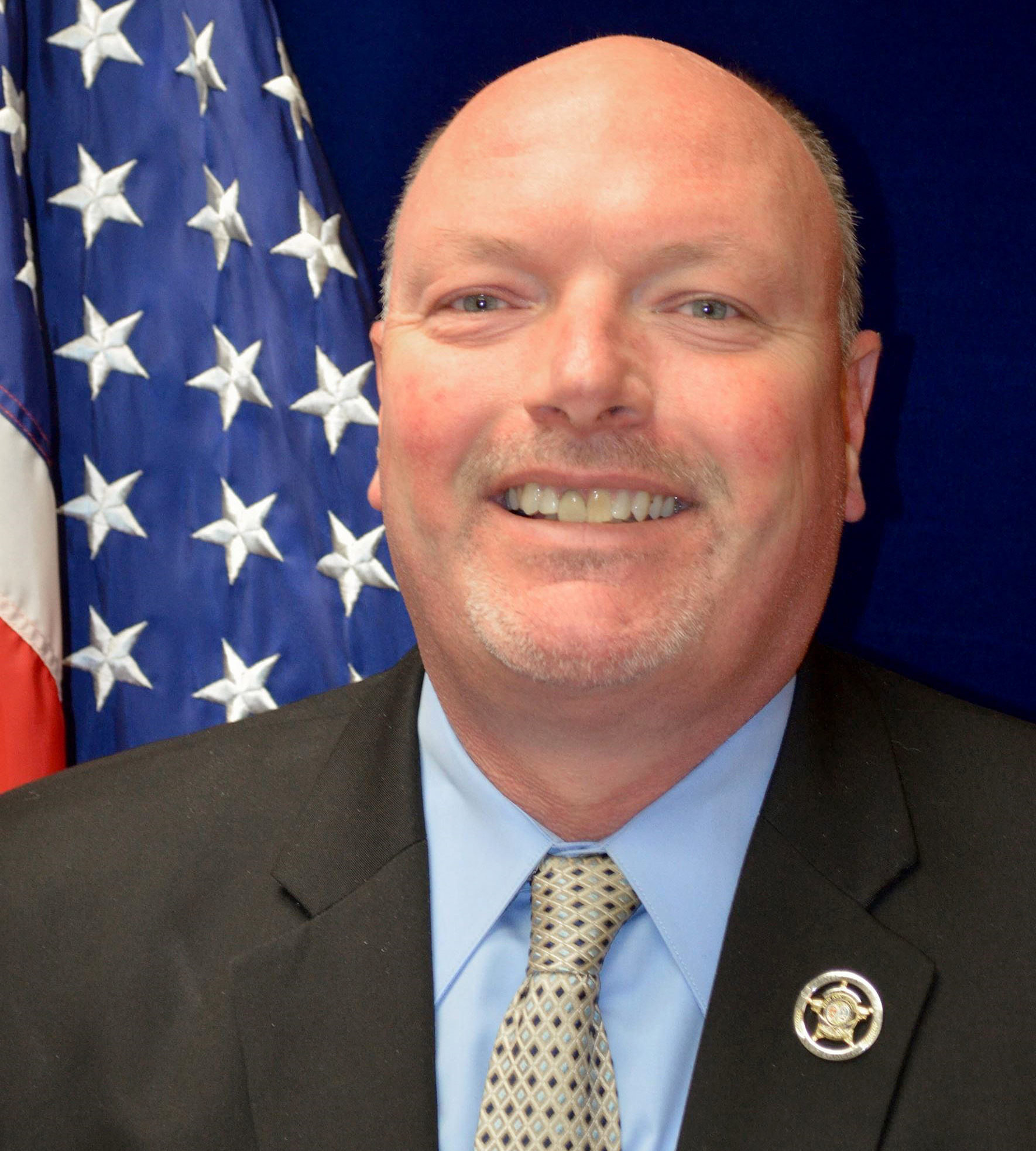 A South Carolina sheriff’s use of a county Facebook page to condemn kneeling during the national anthem has elicited strong responses of support and disapproval online.

In a statement posted Sunday to the York County Sheriff Office’s Facebook page, Sheriff Kevin Tolson said, “I will bow (or kneel) for one entity and one entity only — my God.”

“As your Sheriff of York County, here is my position on taking a knee during the National Anthem,” the statement began. “Our flag was created out of unity — 50 stars for 50 states. It represents the melting pot of all of the many great men and women who have made this country mixed and beautiful.”

The statement continues: “For those of you who want to kneel or bow for the flag during the anthem, just know that you are kneeling or bowing for our God who STANDS for peace, unity and love for all — regardless of race, gender or nationality.”

“We will STAND for all and KNEEL for the only one — God. Kevin,” the statement concludes.

The Facebook post had drawn more than 2,000 comments by Monday afternoon and had been shared nearly 1,000 times. Tolson did not immediately return phone and email requests for an interview Monday.

William Roddey, a councilman in York County, which is 74.8 percent white, was among those to not only take exception to Tolson’s statement but also to it being posted to a county Facebook page.

“You don’t get to tell me how to protest,” he said in a phone interview Monday. “As a sheriff’s deputy, you would think he would err on the side of law and order and not put those statements out on the official sheriff’s department page. It’s highly inappropriate.”

Roddey, who is Black, commented on the post: “I thought we established that protesting and kneeling was not about the flag but about social injustice? Peaceful protest is protected under the stars and stripes of the flag!”

Roddey wrote that he wished people “would stop trying to change the narrative and realize this is an issue in this country.”

“Had it been his personal page — and we all have those — he is perfectly within his rights to post that,” Roddey said. “But when you are using any portion of the county’s operating system to reflect your personal views as the sheriff, I think that gets in a real gray area.”

Roddey, who lives in the city of Rock Hill, said the sheriff’s comments might appear misleading to anyone who visits the York County Sheriff Office’s Facebook page because they could be interpreted as the views of the entire county.

He said Tolson’s remarks create “a whirlwind of uncertainty” about how protesters are policed.

Kneeling in protest gained prominence in 2016 after Colin Kaepernick, then the San Francisco 49ers quarterback, began kneeling during the national anthem before NFL games in 2016 to protest racial inequality and police brutality against people of color.

The death of George Floyd in Minneapolis police custody on May 25; the March 13 killing of Breonna Taylor in her home in Louisville, Kentucky, during a police raid; and the death of Ahmaud Arbery, who was shot and killed by two white men Feb. 23 in Brunswick, Georgia, sparked national demonstrations against police brutality and systemic racism.

Many people, including some police officers, have knelt as part of those protests, and, in some cases, some officers later expressed regret for having done so.

Roddey said that York County is inclusive and respectful and that Tolson’s comments are divisive.

“We really come together as a community,” he said, noting that a couple years ago after a sheriff’s deputy was gunned down in the line of duty, people of all nationalities rallied behind the deputy and around the county’s servicemen and women.

“I’m sure this is going to cause some rifts in the department because the people who work for the sheriff’s department who are African American, what are they thinking about the sheriff and that statement?” he asked. “How do they feel about working for a sheriff who doesn’t accept the fact that they may be subjected to some racial injustice when they aren’t in their uniform?”

Roddey said he plans to ask the state attorney general whether the sheriff is allowed to post his beliefs to a county Facebook page.

Hutchison said that while everyone is entitled to their opinion, he believes it was inappropriate for the sheriff to post his beliefs to a department page because the York County Sheriff’s Office has many individuals who cannot share their opinions publicly.

“Just randomly posting what he did on the department page was unprofessional,” Hutchison said.

Jasmine Mackey, 26, of Rock Hill, commented on the Facebook post Sunday: “I have never been so ashamed to be a resident of York County.”

“The problem for me isn’t what he said, although, I do disagree,” she said Monday. “I just felt that it was something that should’ve went on his personal page not a government page on behalf of the whole county.”

Mackey, who works at a greenhouse, said the sheriff is missing the point of why people protest and kneel.

“How are we, as people of color, supposed to get our points across if there’s something wrong with everything we do?” she asked. “We march and they say it’s looting and rioting. We kneel and they say it’s disrespectful even though I’ve personally talked to plenty of veterans and whether they feel it’s disrespectful or not they understand why it’s being done and it must be done.”

What the sheriff posted was also “out of line” because “he pushed religion” on a government page, Mackey said.

But other people expressed support for the sheriff’s comments and applauded him for speaking out.

“Amen Kevin,” one York County resident wrote. “Thank you for not being scared to put this out there.”

Trevor Higgins, of Lake Wylie, commented: “Thank you for sharing this! I, for one, am with you and will honor those who have paid the ultimate sacrifice for our freedom by standing during the National Anthem!”

Glenda Grigg, who lives in Clover, a small town near the North Carolina line, expressed neither disapproval nor support for the sheriff’s statement.

“Whether you agree or disagree, he is an elected official so you should want to know his beliefs when you vote,” Grigg said Monday. “This is an important issue in the country right now, and I know when I vote, I want to know where people stand.”

She added, “We need to remember that we need to know the platforms and where these individuals stand.”

A subsequent statement posted on the York County Sheriff Office’s Facebook page said that Tolson, who was elected sheriff in 2016 as a Republican and is running unopposed in November, had been “asked multiple times about his feelings on kneeling during the national anthem” and that he “decided to publish a statement about his views using social media because he believes that his constituents have a right to know his beliefs about this social issue.”

“Sheriff Tolson understands that not everyone agrees with his opinions about this issue,” the statement said. “The ability to listen to and respect a different opinion is one of the founding principles of our country and Sheriff Tolson hopes speaking freely will help to continue beneficial conversation and ultimately bring peace and unity to our society.”

In his elected position, the statement said, the sheriff is not bound by the policies of York County government regarding the use of social media.

“Any statements he makes are his own,” the post said.

Iran dismisses US efforts at UN sanctions as currency drops

Matthew Wolff, 21, set to make golfing history as he seizes the lead at the US Open

How the oil industry made us doubt climate change

A happy ending after homeless woman's story featured on TV

Hong Kong was once a safe haven from China. Now activists are fleeing the city by boat to Taiwan