Dwayne ‘The Rock’ Johnson is in good health again.

The 48-year-old Jumanji star has recovered from COVID-19 and is doing ‘fine,’ his former brother-in-law and producing partner Hiram Garcia told Monday’s issue of Variety.

Garcia, who is the brother of The Rock’s ex-wife Dany Garcia, added that the icon is already back at work on his next film, the Netflix project Red Notice. 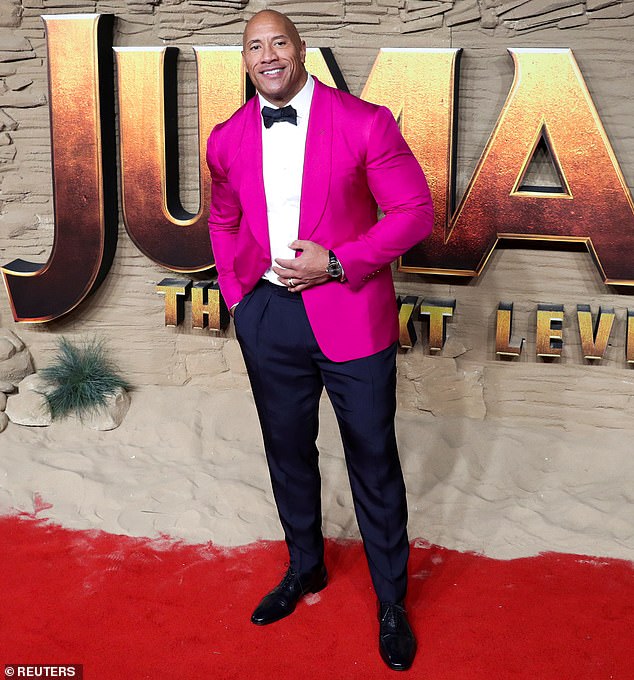 A-OK: Dwayne ‘The Rock’ Johnson is in good health today. The 48-year-old Jumanji star has recovered from COVID-19 and is doing ‘fine,’ his friend and producing partner Hiram Garcia told Monday’s issue of Variety; seen in 2019

Back at it: On Monday the movie icon  went back to work on his film Red Notice; here is a photo from Day 1 of shooting earlier this year

‘We start filming on September 14, said Garcia, who has also worked on The Rock: Through the Lens, His Life, His Movies, His World.

‘It’s been an incredible process and undertaking to get a production up-and-running. Netflix has had the attitude that whatever it will take to keep things safe for the crew, they are 100% behind,’ said the movie executive.

Hiram explained that they had finished half the movie when the pandemic hit.

‘So we re-adjusted what we needed to, so that we could finish everything on stages and wrap up the movie,’ said the producer. 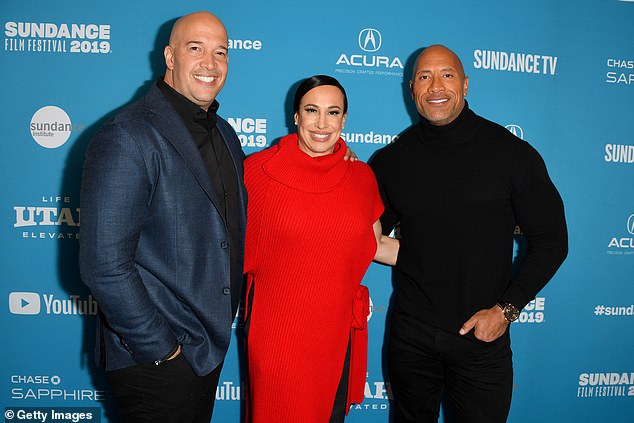 Safety first: Garcia, who is the brother of The Rock’s ex wife Dany Garcia (pictured in 2019), added that the movie icon is following safety protocols on Red Notice

He added that they should be done, ‘fingers crossed,’ probably ‘somewhere around the end of November.’

And there are several protocols put in place to make sure the cast and crew is safe.

‘The entire approach is different and unique, but everything from testing every day to temperatures being checked.

‘We have a pod system, we have zones — yellow, red, green, depending on who can go where — we only have limited people on sets. 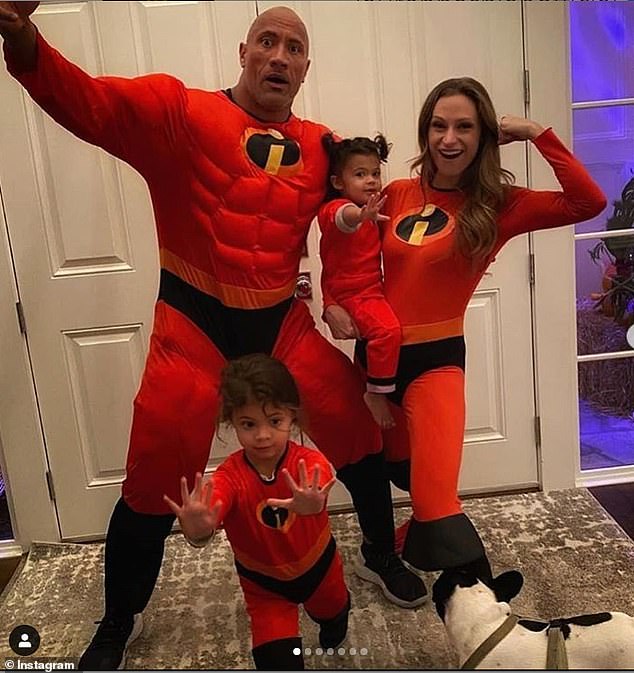 They all got it: The movie star said his wife Lauren Hashian, 36, and their two daughters, Jasmine, four, and Tiana, two, got the virus

‘There are giant manuals with hundreds and hundreds of pages of these new protocols, and we’ve worked really closely with Netflix and amazing epidemiologists and doctors to come up with this plan that feels super sound. We’re all very confident in it.’

He added that no one panicked when they learned Dwayne was sick.

‘We just looked at the situation and got all the information and knew that we would adjust accordingly. If there has ever been a time where productions are super light on their feet and ready to pivot and adjust, it’s now. Everyone’s main concern was just that he and his family were safe, and once we knew that they were safe, the rest would work itself out.’ 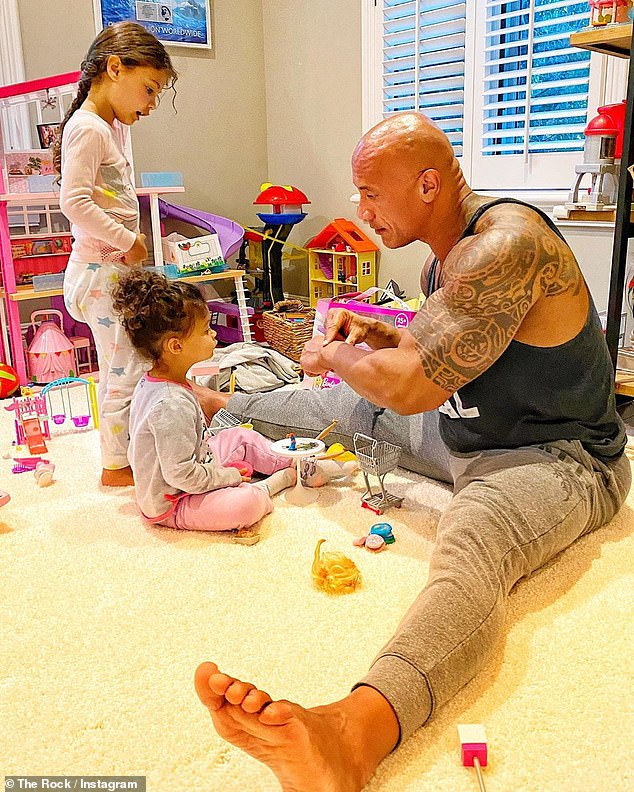 Doting father: ‘He absolutely loves his girls. They live out of the spotlight so his girls can have a normal childhood,’ an insider at People said of The Rock

It wasn’t just The Rock who got sick, but his family.

His oldest daughter, Simone, 19, reportedly wasn’t infect. He shares her with his ex-wife and current business partner Dany Garcia, 51.

‘He is a huge family man,’ a source told People, while adding that he’s also an intensely private person who is laser-focused on his family and his work.

The Fast & Furious franchise star announced the news that his family had contracted the novel coronavirus on Wednesday, September 2, in a nearly 12-minute Instagram video. 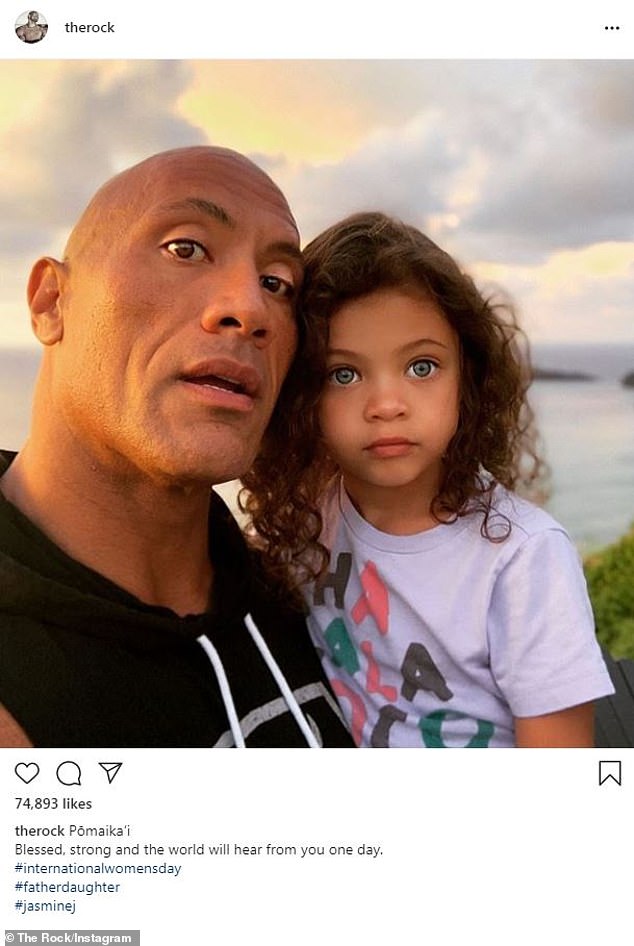 Eye on the prize: ‘He is a huge family man,’ the source continued, while adding that he’s also an intensely private person who is laser-focused on his family and his work

‘Testing positive for COVID-19 is a lot different than recovering from nasty injuries, getting evicted or being broke, which I’ve been more than a few times,’ he began.

‘My No. 1 priority is to always protect my family and my loved ones… I wish it was only me that tested positive. It was my entire family and it was a kick in the gut. We in a family are good, we’re on the other end of it and no longer contagious. Thank God, we’re healthy.’

He added, ‘We are counting our blessings right now. We are well aware you don’t always get to the other end of COVID-19 stronger and healthier.

‘I have had some of my best friends lose their parents to this virus that is so incredibly relentless and unforgiving. We are counting our blessings, but we are good.’ 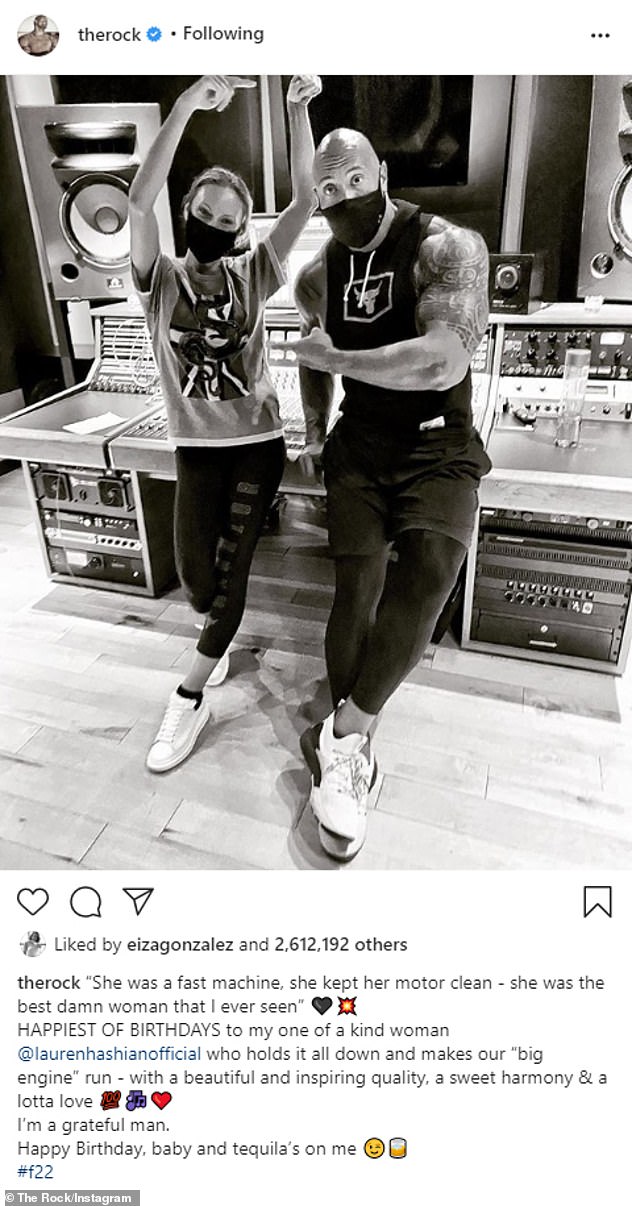 B-day girl: He was back to celebrating his family on Tuesday, when he shared a fun black and white portrait of himself and his wife Lauren Hashian to celebrate her 36th birthday

Dwayne and his wife Lauren were both hit considerably harder by the coronavirus than their daughters, though everyone seems to have made a full recovery.

He was back to celebrating his family when he shared a fun black and white portrait of himself and the singer and record producer to celebrate her 36th birthday.

The two stood in front of a mixing board in a music studio, and he wore a black tank top and shorts with tights and white trainers, while she wore a gray graphic T-shirt, black leggings and white sneakers.

‘She was a fast machine, she kept her motor clean – she was the best damn woman that I ever seen,’ he began by quoting AC/DC’s You Shook Me All Night Long.

‘HAPPIEST OF BIRTHDAYS to my one of a kind woman @laurenhashianofficial who holds it all down and makes our “big engine” run – with a beautiful and inspiring quality, a sweet harmony & a lotta love ❤️.

‘I’m a grateful man,’ he concluded, before adding that the tequila was on him.

Dwayne and Lauren tied the knot in August 2019 in Hawaii, but they’ve dated since 2007, shortly after he and his first wife Dany separated.

Hashian, the daughter of Boston drummer Sib Hashian, first met him in 2006 while he was filming his Disney family comedy The Game Plan.

The actor, who last month topped Forbes highest paid actors list, welcomed his daughter Jasmine in 2015, and his youngest, Tiana, followed in 2018. 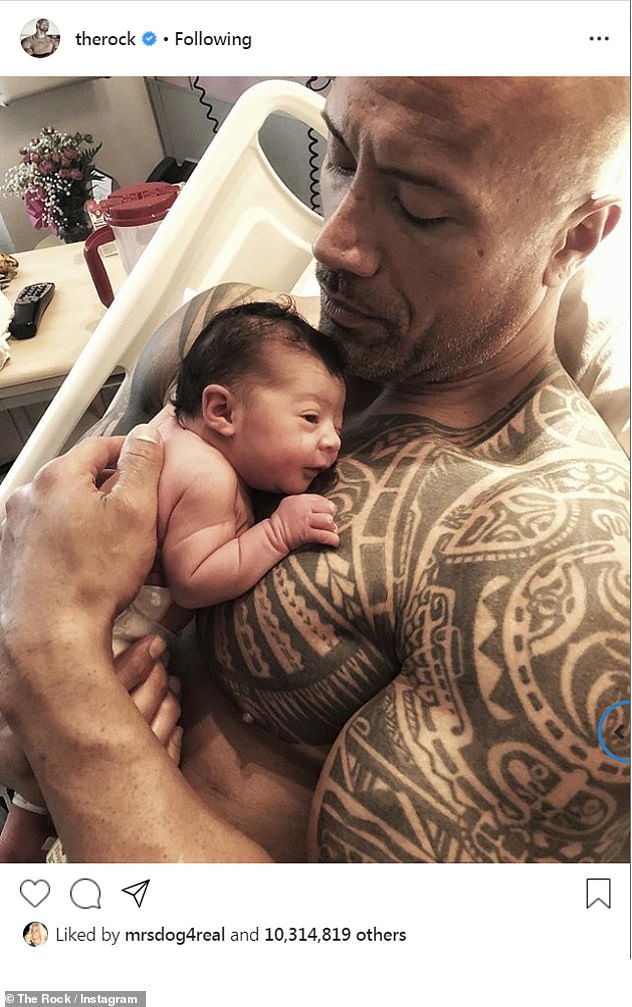 Carole Baskin is eliminated from 'Dancing with the Stars'

Shannen Doherty, 49, has stage IV cancer but does not want to make goodbye videos

This Sneak Peek at Connecting, a New Quarantine Comedy, Is So Freakin' Relatable