By Kathryn Batte For The Daily Mail

Nine goals, nine different players on target. Champions Chelsea were an awesome sight as they crushed Bristol City 9-0 to win for the first time this season yesterday, just 24 hours after Arsenal scored nine in the 9-1 demolition of West Ham.

Fran Kirby opened the scoring for Chelsea with her first goal since May 2019 before Maren Mjelde converted a penalty to double the advantage. Melanie Leupolz added a diving header and goals from Erin Cuthbert and Millie Bright gave the hosts an unassailable 5-0 lead at half-time. 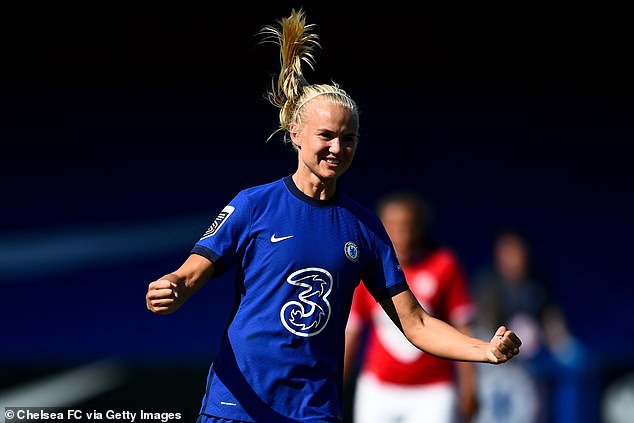 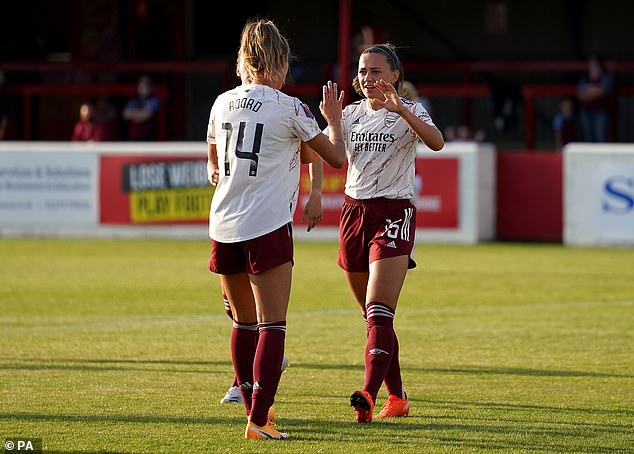 Manchester United came from behind to beat Birmingham City 5-2. Jane Ross put the Red Devils ahead inside five minutes but Claudia Walker quickly equalised before Abbie McManus’ own goal gave the hosts an unlikely lead.

Katie Zelem drew the visitors level before half-time with a pin-point free-kick and United were soon in the lead again after Ella Toone struck two minutes into the second half. Two goals from Kirsty Hanson sealed the points for Casey Stoney’s side, who remain unbeaten.

Izzy Christiansen scored her first goal since returning to Everton in January to give the Toffees a narrow 1-0 victory over Tottenham. The midfielder met Nicoline Sorensen’s cross to head past Becky Spencer in the Spurs goal as Willie Kirk’s side put in a strong defensive performance to make it two wins from two. 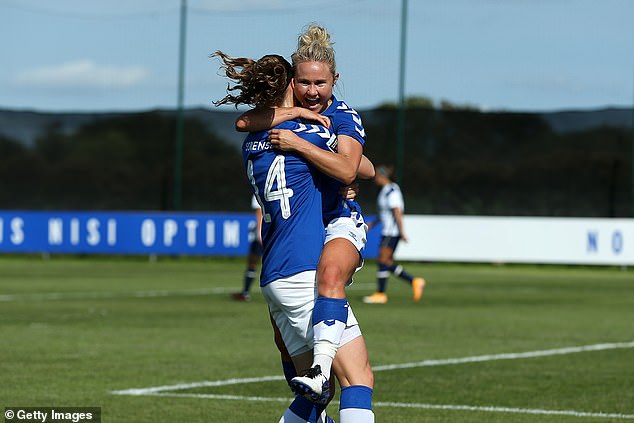 Reading picked up their first points of the season with a 3-1 victory over newly-promoted Aston Villa. The Royals were thrashed 6-1 by Arsenal last week but strikes from Amalie Eikeland, Lauren Bruton and a Fara Williams ‘Panenka’ penalty gave them a 3-0 lead at half-time. Stine Larsen’s 79th minute penalty gave Villa a late consolation as they sank to back-to-back defeats.

As for Arsenal, they set their stall out on Saturday against a West Ham side reduced to ten players when captain Gilly Flaherty was sent off for two bookings.

Jill Roord made it back-to-back hat-tricks in front of almost 1,000 fans while Vivianne Miedema scored a brace and Kim Little, Beth Mead, Leah Williamson and Caitlin Foord also got on the scoresheet.

Kenza Dali had equalised for the Hammers.

Wildfires and Hurricane Sally: How to Help