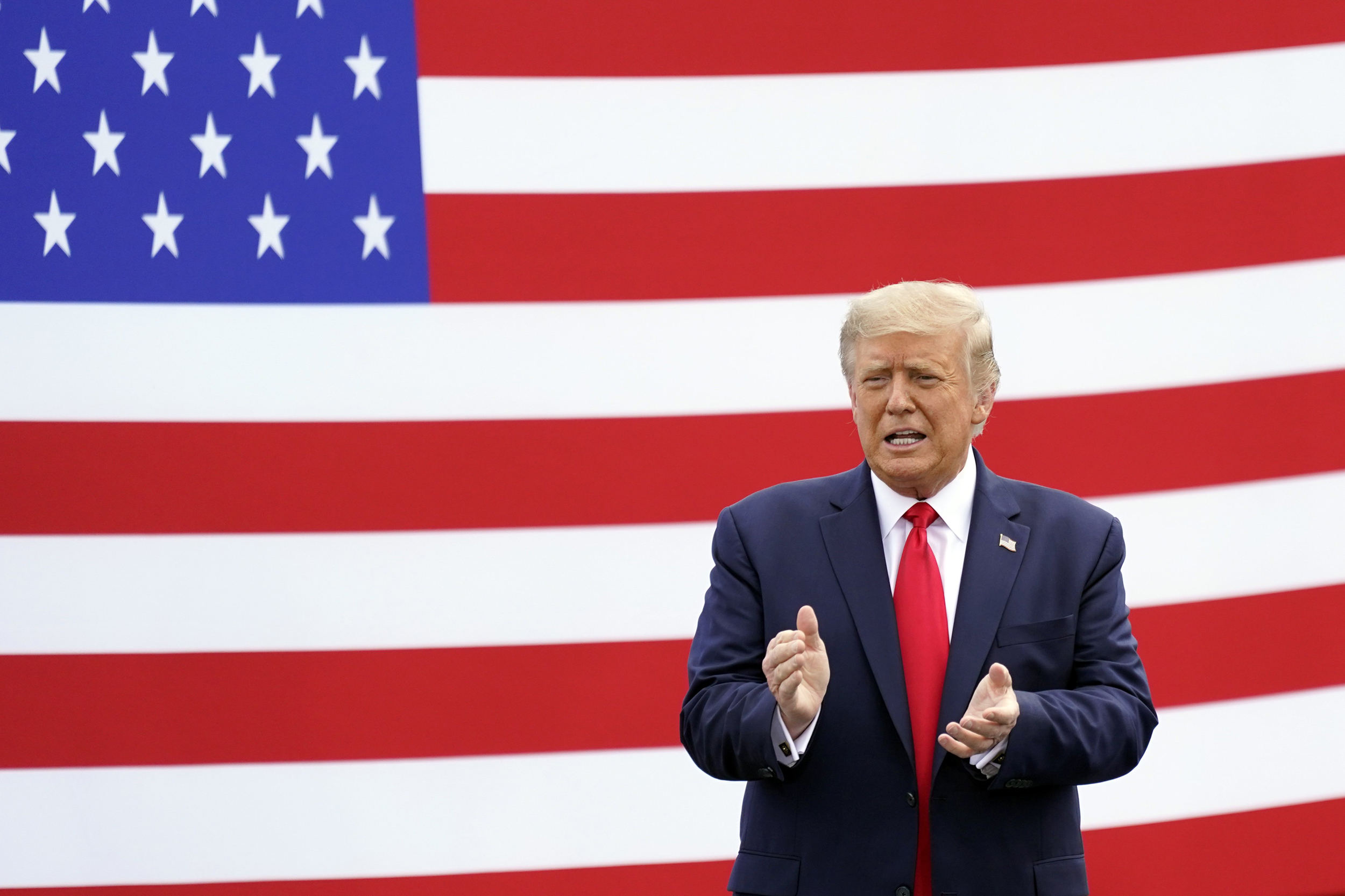 At a campaign rally in Nevada, President Donald Trump on Saturday repeated unsubstantiated claims that mail-in ballots would contribute to widespread voter fraud in the November election.

“The Democrats are trying to rig this election because that’s the only way they’re going to win,” he said to cheers and applause.

In a meandering 90-minute speech, Trump touched on some of his campaign’s themes, including protecting the Second Amendment right to bear arms, securing the U.S.-Mexico border, ending ongoing civil unrest and beating his Democratic opponent, former Vice President Joe Biden.

“Let’s face it – Joe is shot,” he said. “He’s going to be locked up someplace, and the radical left is going to be running our country.”

Trump addressed a sea of supporters Saturday evening on the tarmac of Nevada’s Minden-Tahoe Airport. Many of those gathered were not wearing masks or practicing social distancing despite the coronavirus pandemic.

The president was initially scheduled to hold a fundraiser and rallies in Las Vegas and Reno this weekend, but the campaign had to make last-minute changes because of state coronavirus restrictions banning gatherings of more than 50 people.

Trump addressed the change in location on Saturday, accusing Nevada Gov. Steve Sisolak, a Democrat, of attempting to shut down the campaign rally because of political bias.

“He tried to stop us. He couldn’t, and now he’s in charge of the election,” he said. “He can rig the election.”

Governors do not oversee elections or their results – that duty falls to the secretary of state and county clerks.

In Nevada, any registered voter can request to cast their ballot by mail. Dozens of other states will also allow mail-in voting this November. Despite his stated opposition to it, Trump requested his own mail-in ballot earlier this year.

Mail-in voting “is the greatest scam in the history of presidential politics,” he told supporters on Saturday.

Democrats are sending ballots “to dogs,” Trump said. “Everybody is getting ballots – probably everybody but Republicans.”

Trump appears to face long odds in Nevada, which gave its six electoral votes to Hillary Clinton in 2016. His campaign is now hoping to score a backup route to victory if his luck fails to turn in other battleground states.

On Saturday, he downplayed any difficulties he might face in Nevada and warned that voting for Biden would mean voting for “anarchists.”

Trump’s campaign hoped to raise $18 million this weekend from a rally in Las Vegas and a fundraiser in Washington, D.C.

One of the blocs singled out during Saturday’s rally was Latino voters. A recent poll released by the Miami-Herald suggested Biden is struggling to attract Latino voters in Florida, and Trump seized on that Saturday, saying Latinos like “tough” leaders.

“I love the Hispanic community,” he said. “Hispanics like tough people. They like people who are going to produce jobs.”

On Monday, the campaign will head to Phoenix for a Latinos for Trump roundtable. He will face Biden in the first presidential debate on Sept. 29.