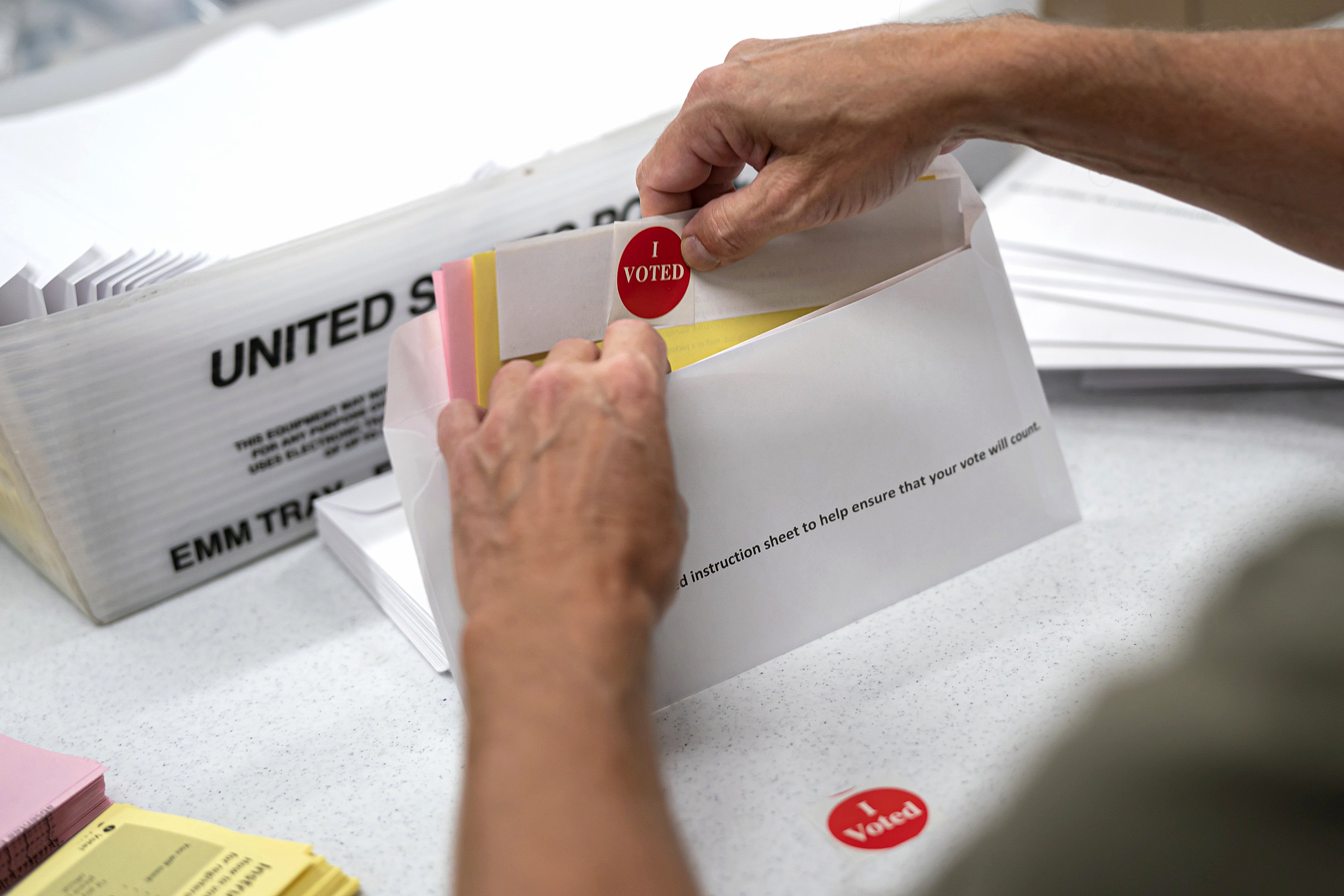 Colorado’s top election official has filed a lawsuit and restraining order against the U.S. Postal Service over informational postcards that she says constitutes election misinformation.

Secretary of State Jena Griswold filed suit against several USPS executives on Saturday, including Postmaster General Louis DeJoy, alleging that the USPS “intends to mail an official notice to all Colorado voters that provides false statements about voting in Colorado,” which could have the effect of disenfranchising voters.

Separately, she filed a restraining order to halt the Postal Service from sending additional notices.

At issue is an informational postcard that the USPS has been sending out across the country informing them about some basics about voting by mail. But election practices vary from state to state, and several details on the postcards are wrong or misleading for Colorado voters, Griswold said.

I just found out the @USPS is sending this postcard to every household and PO Box in the nation. For states like Colorado where we send ballots to all voters, the information is not just confusing, it’s WRONG. (Thread) pic.twitter.com/RoTTeJRJVl

“Even though it may have started off as well-intentioned by the USPS to send out this mailer, we alerted them that this was false information and we asked them to just not send it in Colorado and they refused,” Griswold said in a phone call.

USPS spokesperson Dave Partenheimer said in an email that “Our mail-piece provides general, all-purpose guidance on the use of the mail, and not guidance on state election rules.”

“The main message of the mail-piece is that voters should plan ahead, educate themselves about voting options available in their jurisdiction, and, if they choose to vote by mail, to give themselves enough time to receive, complete and return their ballot,” he said.

One claim on the postcard instructs voters who want to cast their ballot by mail to “request your mail-in ballot at least 15 days before Election Day.”

Colorado is one of a handful of states that preemptively mails their ballots to registered voters by default and asks them to return them by mail or drop them off in approved locations, making a ballot request unnecessary.

Several states, including Colorado, have sued the USPS over the changes, leading DeJoy to say he was suspending changes until after the election.

Tammy Patrick, a senior adviser at the Democracy Fund, which helps states navigate the process of voting by mail, said the USPS’s flyers were a missed opportunity to educate voters and smooth relations with the states.

“They swung on this and missed mightily,” Patrick said via text message. “They really should have engaged with those working on this for years though — including their own staff.”

Meng Wanzhou: The PowerPoint that sparked an international row

China pushes emergency use of COVID vaccine despite concerns