America remembers: Tribute in Light is beamed over Lower Manhattan to remember the 19th anniversary of 9/11 and 2,977 people who died

Two powerful columns of light are beaming into the sky from Lower Manhattan this evening to represent the fallen twin towers of the World Trade Center that was attacked by terrorists on September 11th, 2001.

The coronavirus pandemic meant there were alterations to usual ceremonies that are traditionally held on the tragic date.

In New York, the annual tribute was almost cancelled after the 9/11 Memorial and Museum said there was a virus risk to the installation crew until the uproar restored the tribute. 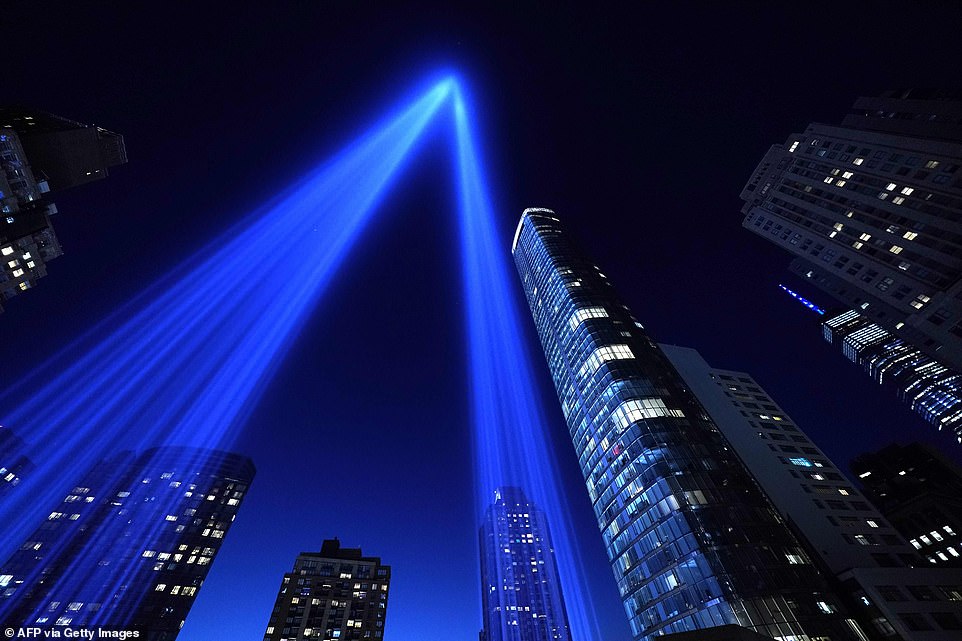 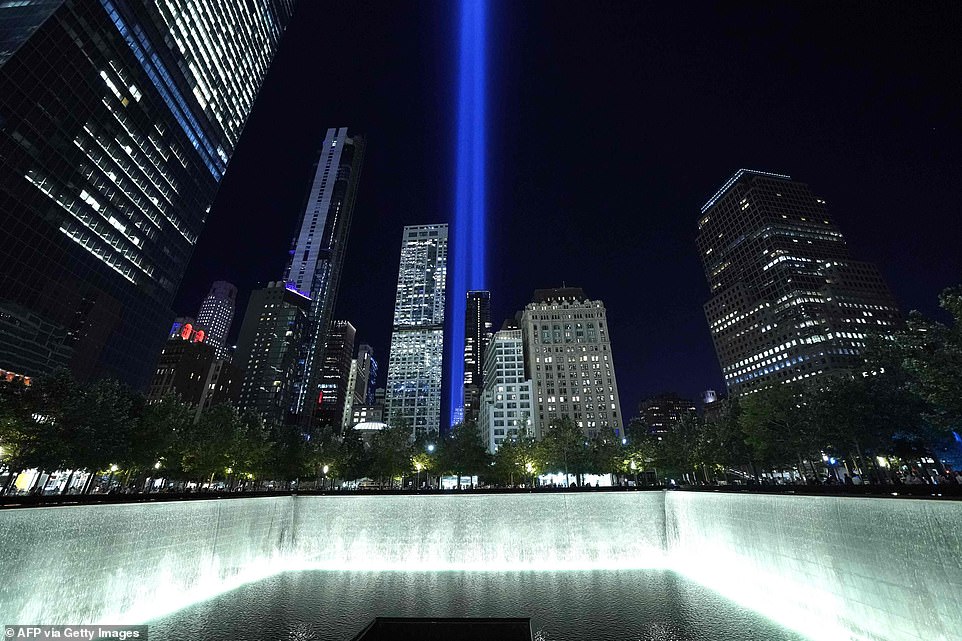 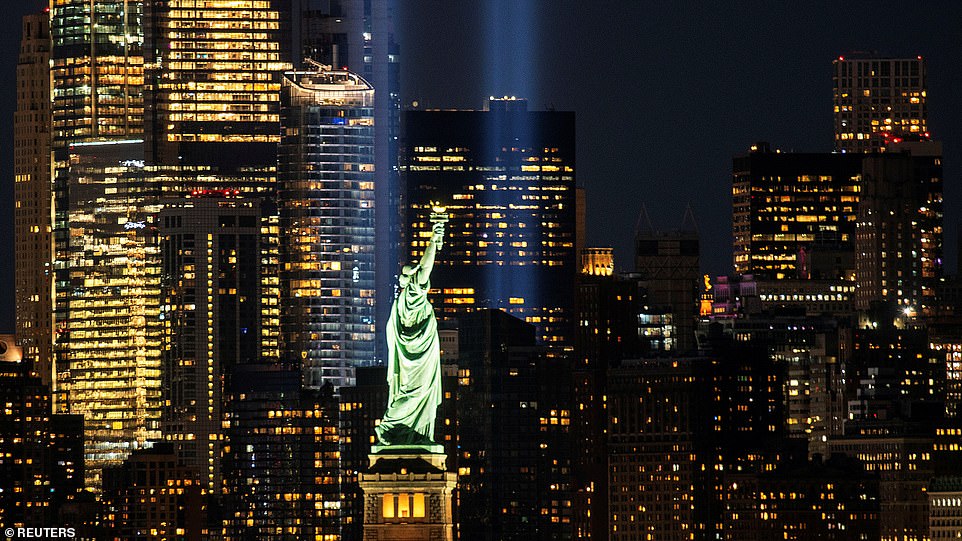 The Statue of Liberty is seen as the Tribute in Light shines in downtown Manhattan to commemorate the 19th anniversary of the September 11, 2001 attacks on the World Trade Center at the 9/11 Memorial & Museum 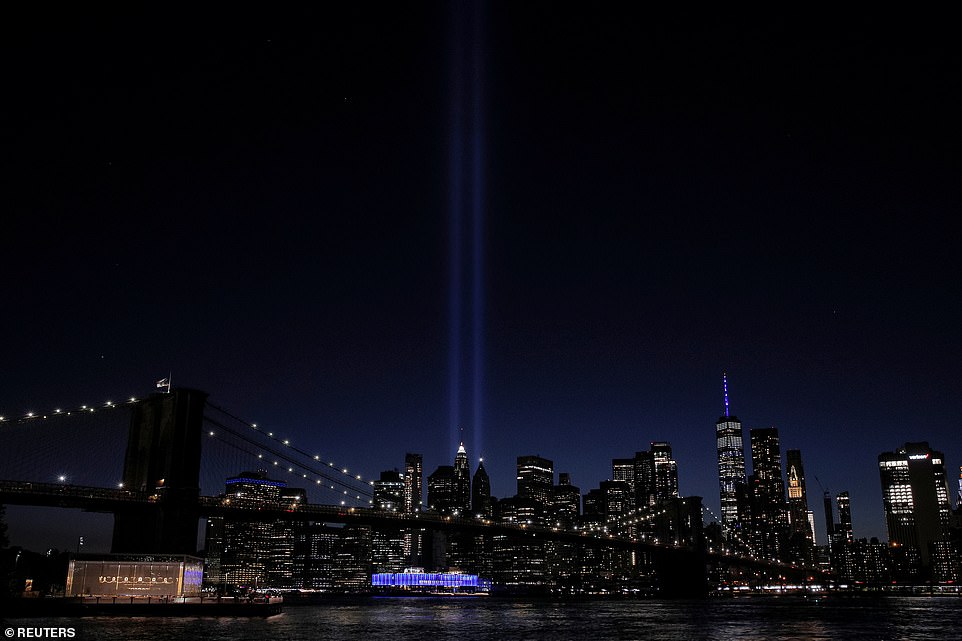 The cancellation outraged some victims’ relatives, police and fire unions and politicians, who noted that construction sites around the city were deemed safe to reopen months ago.

The Fire Department cited the virus in urging members to skip observances of the 2001 attacks that killed nearly 3,000 people, among them almost 350 firefighters.

After the Tunnel to Towers foundation said it would organize the display on its own, Governor Andrew Cuomo and former Mayor Mike Bloomberg, the memorial’s billionaire chairman, stepped in to keep the memorial-sponsored lights on. 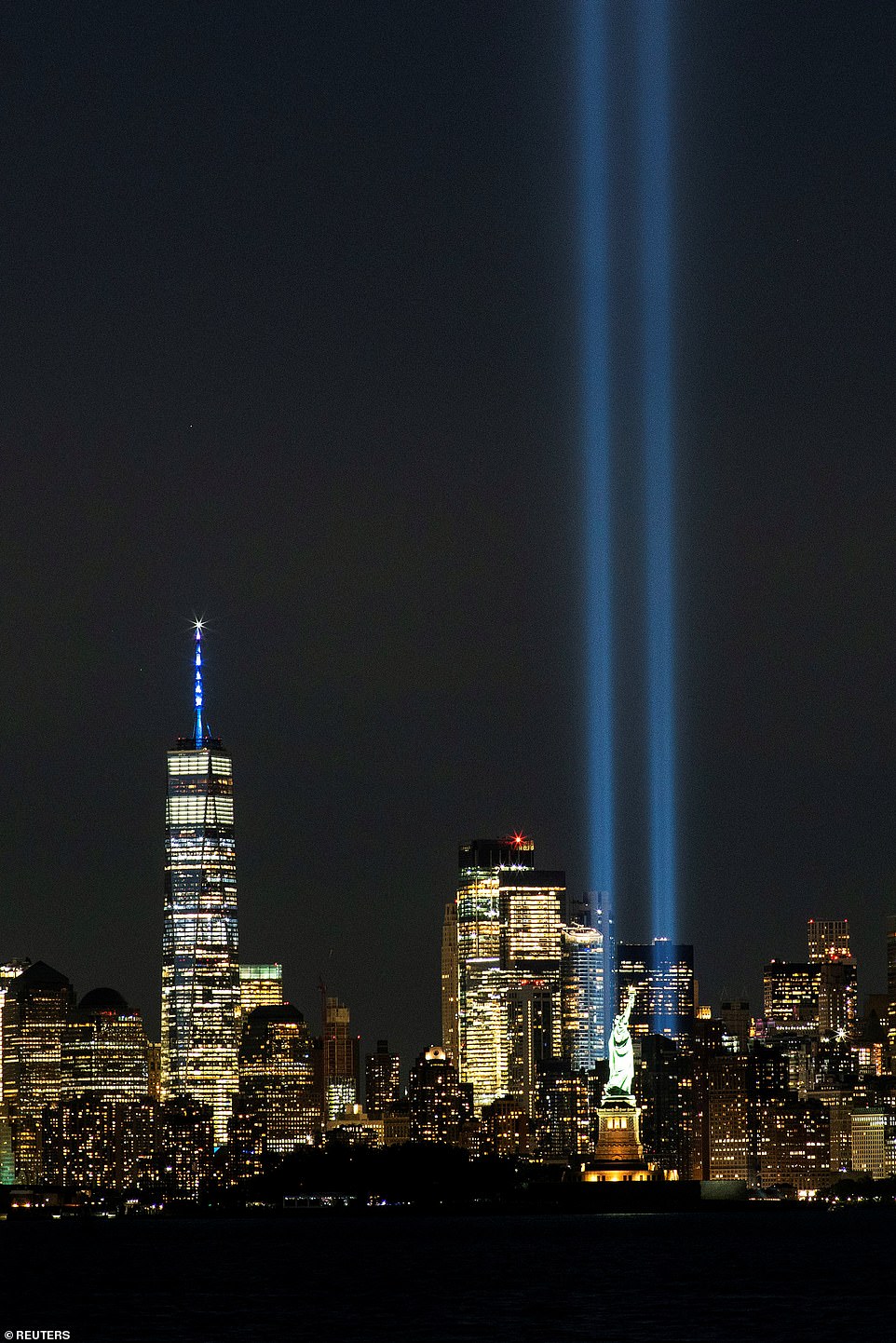 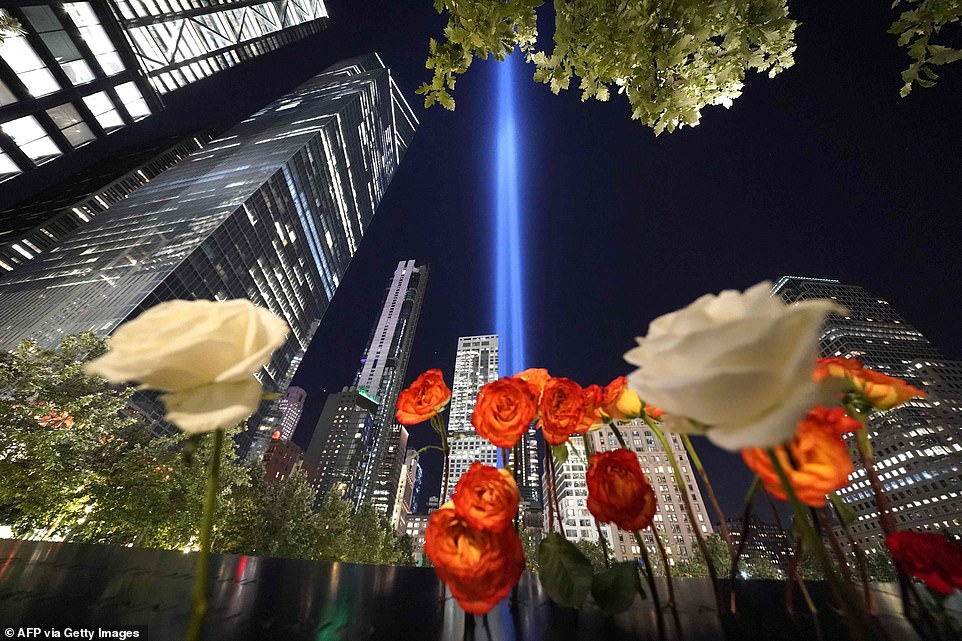 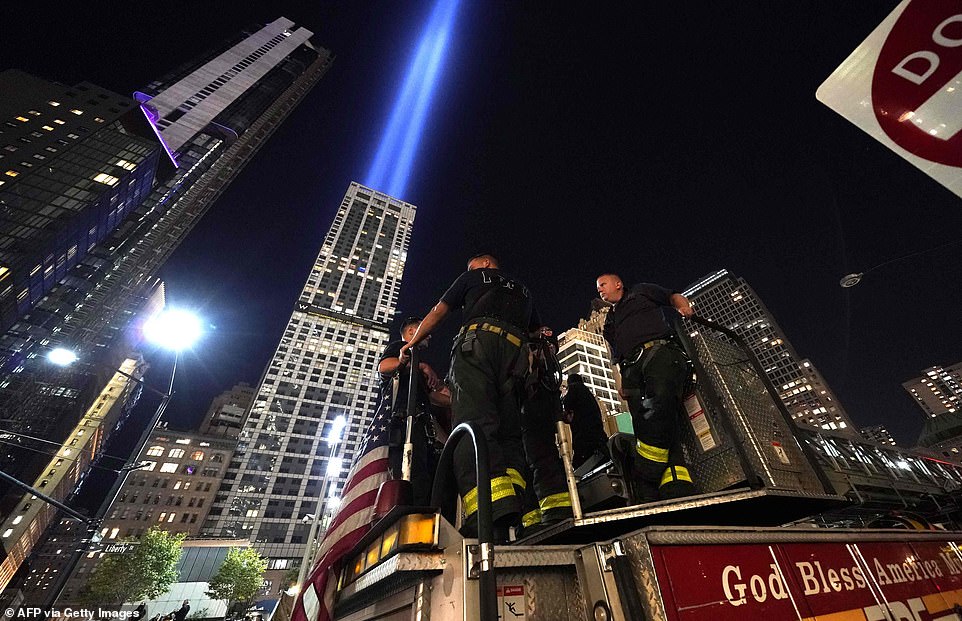 ‘This year it is especially important that we all appreciate and commemorate 9/11, the lives lost, and the heroism displayed as New Yorkers are once again called upon to face a common enemy,’ Cuomo said in a statement. ‘I understand the Museum’s concern for health and safety, and appreciate their reconsideration. The state will provide health personnel to supervise to make sure the event is held safely while at the same time properly honoring 9/11. We will never forget.’

Some victims’ relatives say they understand the ground zero observance had to change in a year when so much else has.

The National September 11 Memorial and Museum also cancelled its tradition of having relatives read the names of the dead aloud and instead offered a recording to those gathered at the World Trade Center site. 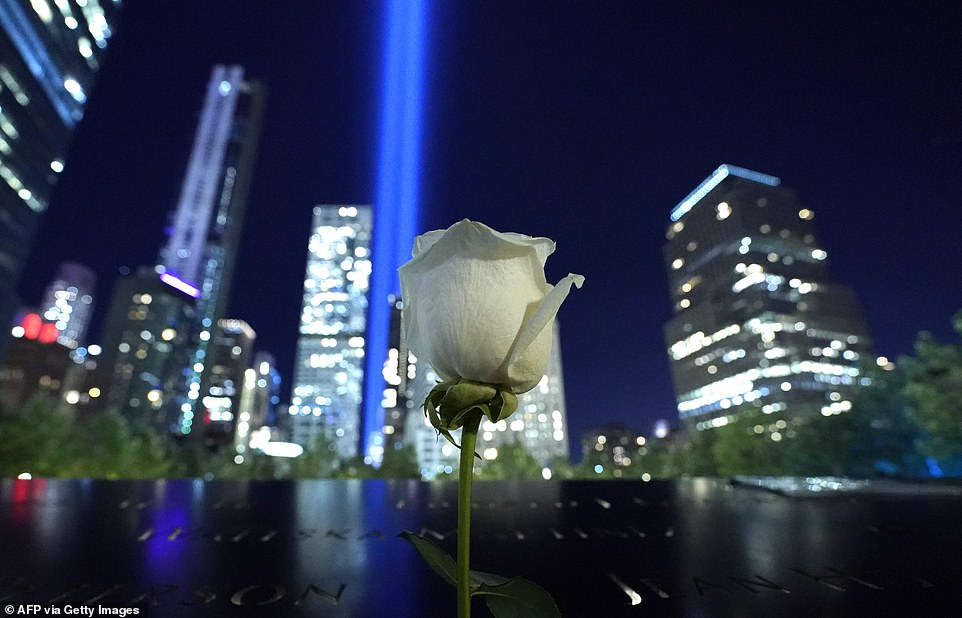 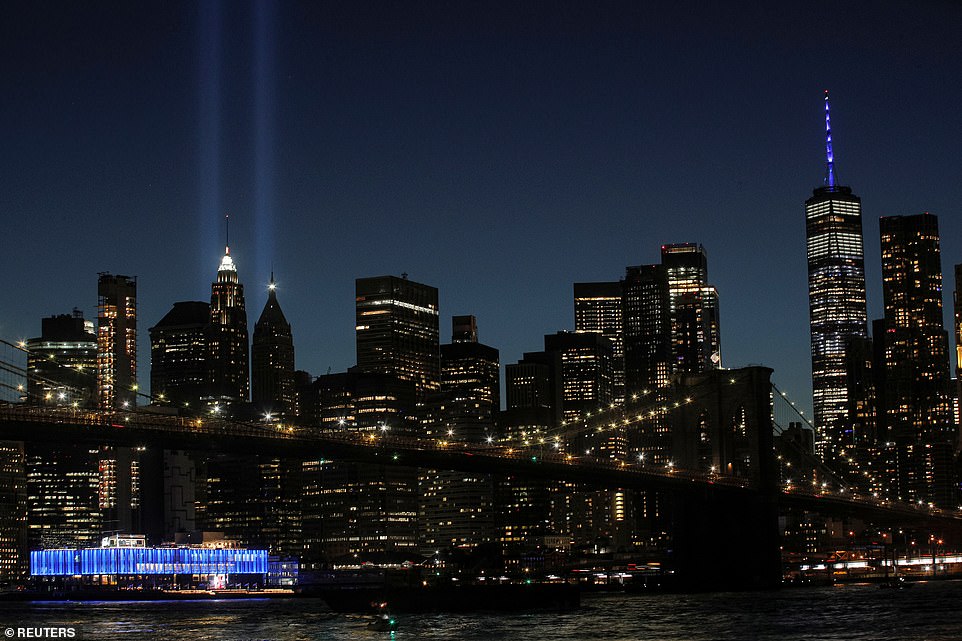 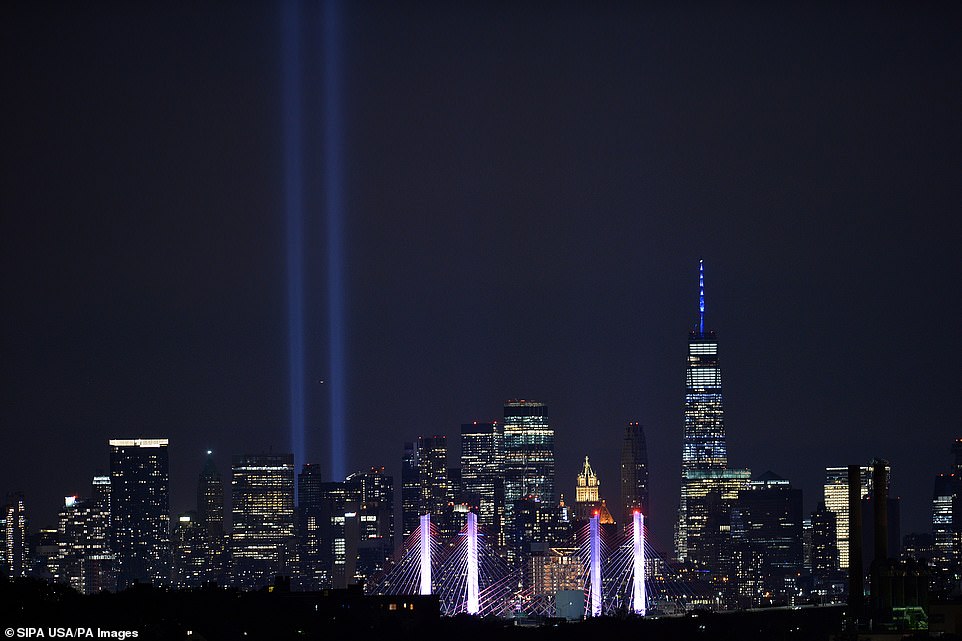 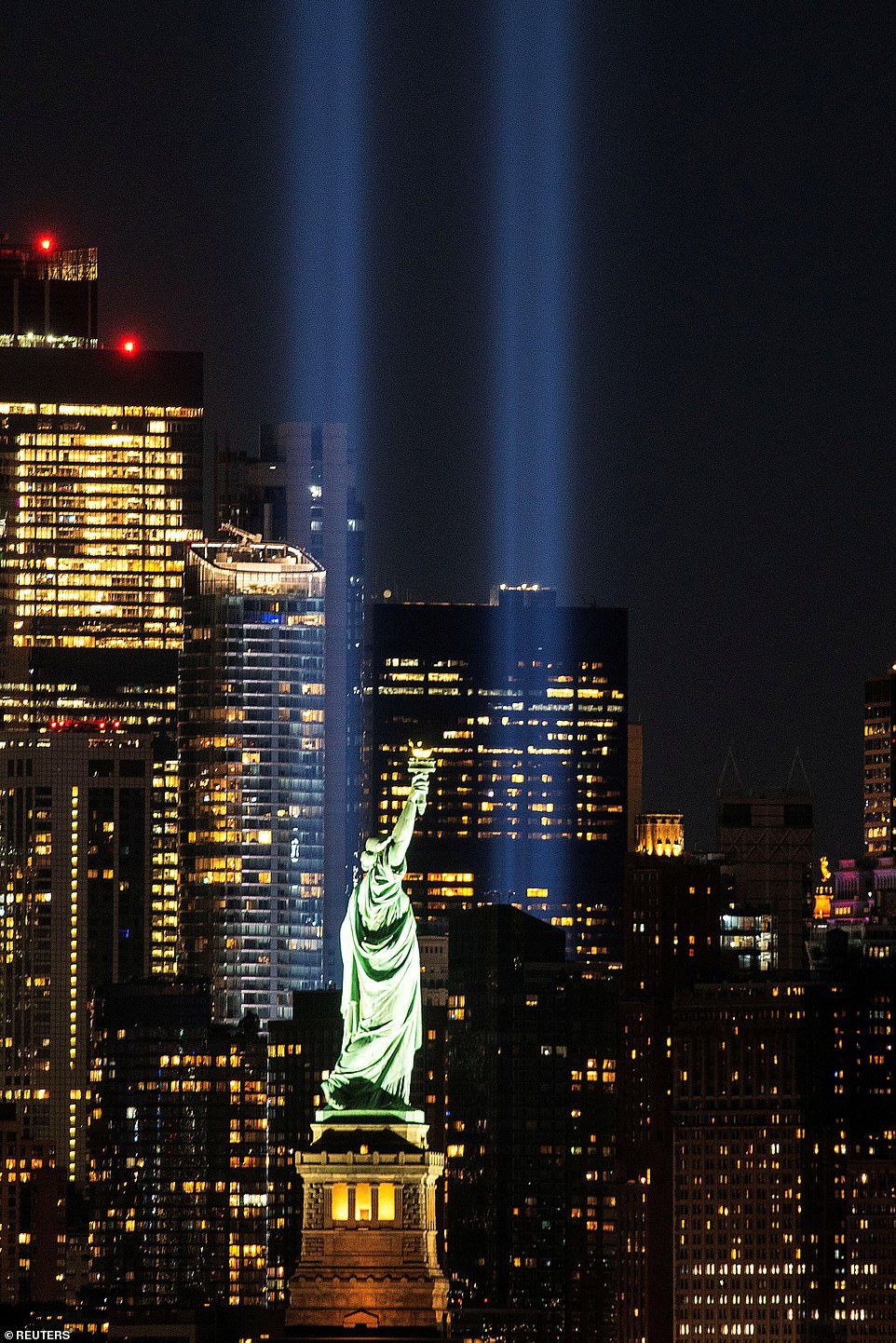 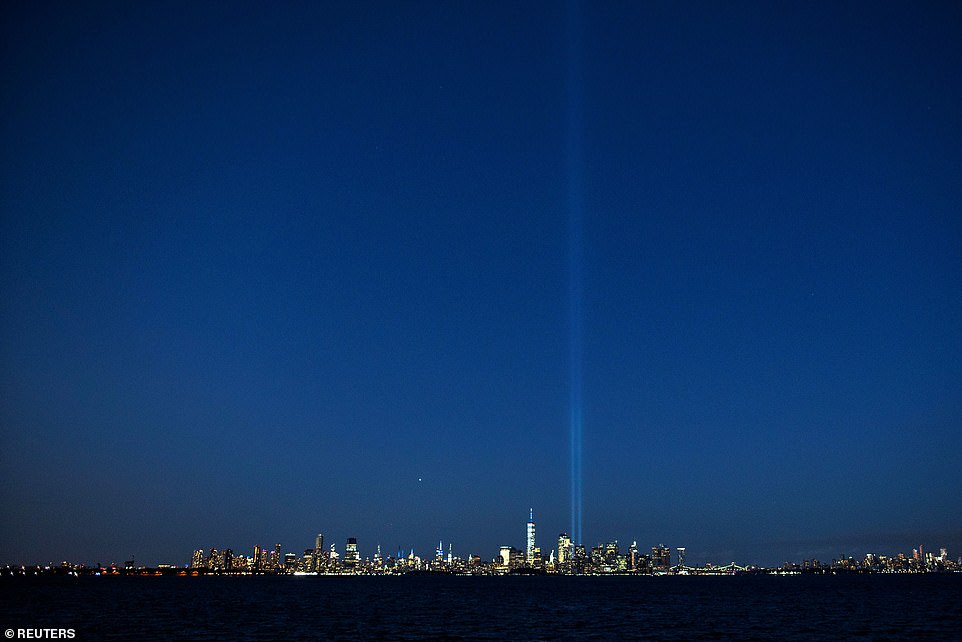