People who buy fizzy drinks are more likely to eat a bad diet overall and to be overweight, a study has found.

Researchers analysed drink purchases of 9,000 British households to see if there was a connection with food choices.

They found families who buy a lot of sugary drinks – either ‘full-fat’ or diet – also tend to buy a lot of high calorie foods like chocolate, sweets and biscuits.

Being overweight or obese with a body mass index of over 25 was also more common among the same group.

On the flipside, people who more often bought wine, fruit juice or milk-based drinks were least likely to be overweight or obese. 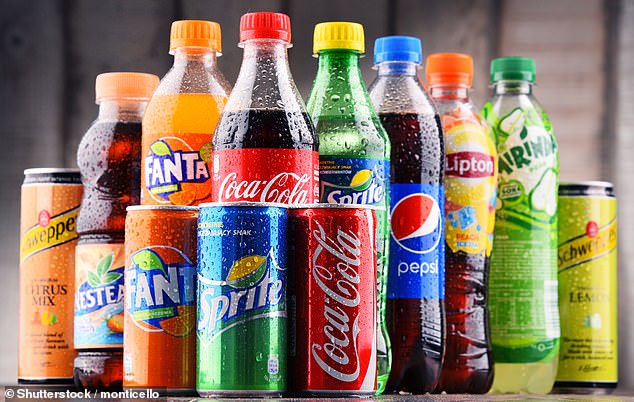 People who buy fizzy or diet drinks are more likely to be poor, fat and eat badly, a study has found

The study was published in the journal PLOS Medicine today and was conducted by the London School of Hygiene and Tropical Medicine (LSHTM) and the University of Exeter.

The researchers aimed to identify who would most benefit from policies targeting obesity amid a Government drive to improve Britain’s obesity crisis.

Because they tend to be from poorer backgrounds, the researchers said unhealthy snacks could be taxed.

Dr Nicolas Berger, assistant professor at LSHTM and lead author, said: ‘We found that households at risk of obesity, who purchase high volumes of sugary or diet drinks, also have higher purchases of sweet snacks.

The global study of more than 450,000 adults in 10 countries – including the UK – found that daily consumption of all types of soft drinks was linked with a higher chance of dying young.

Published in the JAMA Internal Medicine journal, the study was the largest to examine links between soft drink consumption and mortality.

Previous smaller studies have suggested a link, but have not found such dramatic differences.

The new research found those who consumed two or more 250ml glasses of diet drink a day had a 26 per cent increased risk of dying within the next 16 years.

And deaths from heart disease went up 52 per cent.

For those who had two or more sugary soft drinks a day, the risk of death in the same period was raised by eight per cent.

Study leader Dr Neil Murphy, said: ‘The striking observation in our study was that we found positive associations for both sugar-sweetened and artificially-sweetened soft drinks with risk of all-cause deaths.’

He said it is ‘unclear’ exactly why this is, but pointed to previous studies which suggest the artificial sweeteners in diet drinks ‘may induce glucose intolerance’ and trigger high blood insulin levels.

‘These households might additionally benefit from policies that target sweet snacks, as a way of reducing excess energy intake, and also helping to reduce socio-economic inequalities – for example, by extending the UK Treasury sugary drinks industry levy to sweet snacks.’

In order to identify ‘high-risk households’ and their purchases which could be targets for interventions, the team analysed food and drink purchase data from 8,675 British households in 2016.

The researchers identified seven different types of households on the basis of regular drink-buying behaviour.

Each type of household was characterised by relatively higher purchases of one or two categories of drinks – sugar-sweetened drinks (SSBs), diet, fruit and milk-based drinks, beer and cider, wine, water and a diverse group who purchased moderate levels of many different drinks.

Most of the sample (30 per cent) were in the diverse group. Some 18 per cent of the households were in the group purchasing mostly SSBs or wine, respectively.

The diet drinks group made up 16 per cent of the households, while beer and cider, fruit and milk-based drinks, and water made up 7 per cent, 6 per cent and 4 per cent of households respectively.

Researchers said those in the diverse group were more likely to have higher income, whereas low social grade was more likely for households in the SSB, diet drinks or beer and cider groups.

The proportion of households with overweight or obese members was highest in the SSB and diet drinks groups at 66.8 per cent and 72.5 per cent respectively, they added.

While households in the SSB group obtained higher total energy, a smaller proportion of energy was from fruits and vegetables and a greater proportion from less healthy food and drinks compared with other groups, the team said.

For households in both SSB and diet drinks groups, there was a tendency to buy a high proportion of energy from sweet snacks, researchers said.

But the British Soft Drinks Association (BSDA) said today the findings do not support sugar levies on products.

A BSDA spokesperson said: ‘The causes of obesity are complicated and multi-faceted.

‘The soft drinks industry produces a wide range of products that can be enjoyed by all. In line with reformulation efforts, take-home sugar from soft drinks fell by 22.3 per cent between July 2016 and July 2020.

‘Despite this substantial sugar reduction work, we are yet to see evidence from the Government of any direct impact on levels of obesity since the Soft Drinks Industry Levy was introduced. We therefore remain doubtful about the efficacy of levies.’

India has surpassed 300,000 deaths from COVID-19 as virus spreads in the vast countryside source: abcnews.go.com 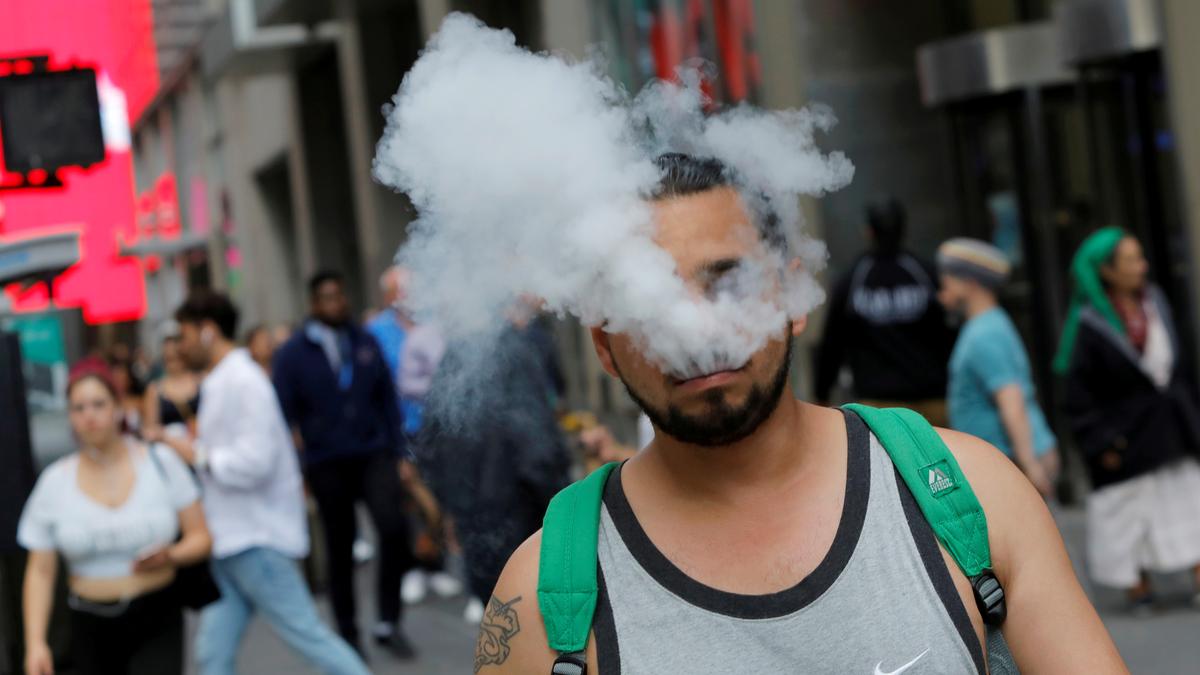 (Reuters) – When Mike Castellano patrols the beaches of the New Jersey Shore, he is no longer surprised to find discarded vape […] 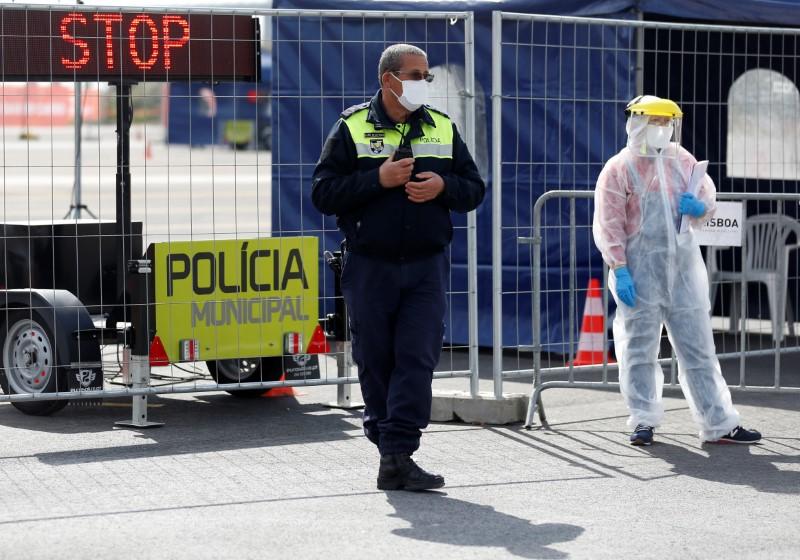 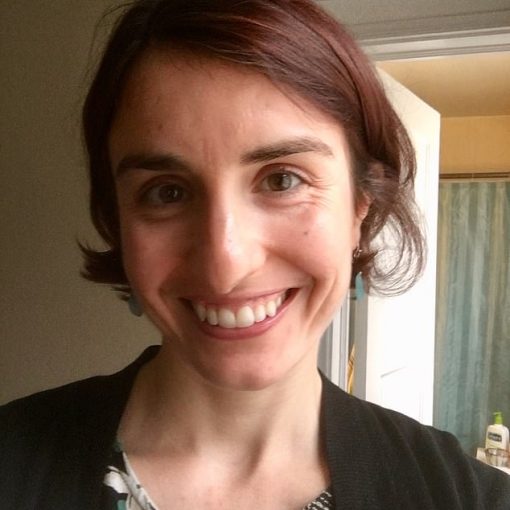 A Detroit nurse has been battling coronavirus symptoms for months after she contracted the disease despite being fully vaccinated. Anna Kern, 33, […]