Ivanka Trump says she is willing to appear on The View to take a COVID-19 vaccine because she ‘trusts the FDA’ after the show’s co-host Joy Behar vowed not to take it until after the First Daughter does.

Behar on Wednesday had dismissed President Donald Trump’s earlier claims that a coronavirus vaccine would be available soon.

The co-host suggested she wouldn’t trust a vaccine that had been made so quickly and vowed not to take it until after Trump’s daughter did.

‘He will push anything to get reelected. Don’t fall for it,’ Behar said on The View. ‘And by the way, I will take the vaccine after Ivanka takes it.’

Ivanka hit back on Thursday and committed to taking a vaccine on the daytime talk show once it’s available.

‘Deal @JoyVBehar. I would come on your show to do so,’ Ivanka tweeted. ‘I trust the FDA and so should all Americans. Vanquishing this virus should be our collective top priority.’ 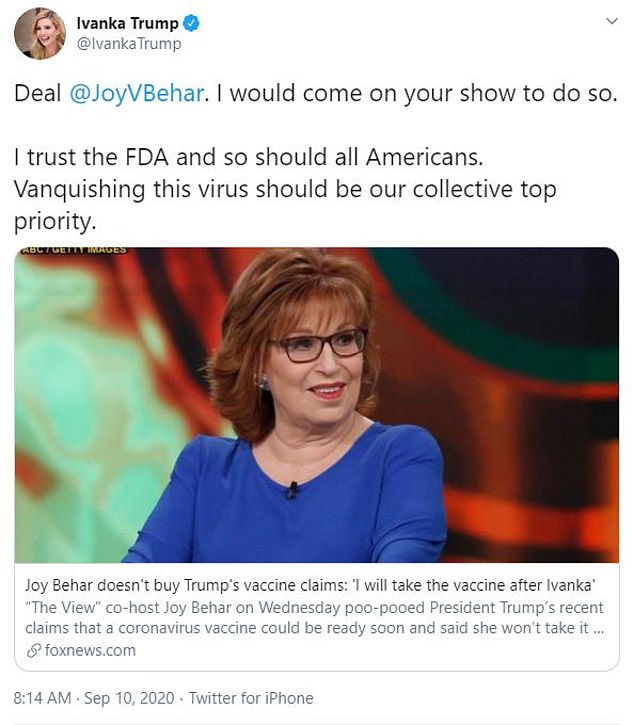 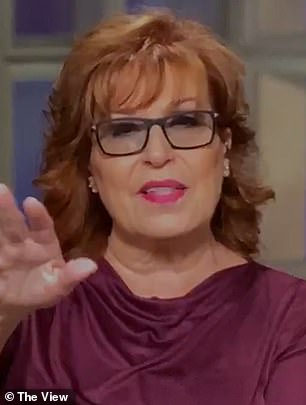 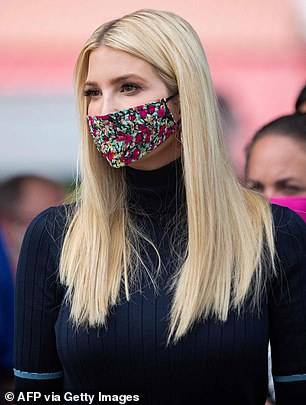 Prior to Ivanka’s retaliation, Behar had claimed on the show that it was unlikely that a vaccine could be created by the end of the year.

‘As far as the vaccine is concerned, I’d like to inform America, in case we don’t know this because I looked all this up for you, the mumps vaccine took four years, the polio vaccine took 20 years and the smallpox vaccine took a few centuries,’ Behar said.

‘It was developed initially in 1796… and it became useful in the 1950s. OK? It’s not a simple thing to do. He will push anything to get reelected. Don’t fall for it.’

Behar’s comments came after Dr Anthony Fauci said this week he was optimistic there would be a vaccine by the end of the year.

The comments by the top infectious disease doctor in the US came after Trump vowed that his administration would have the COVID-19 vaccine ready by Election Day.

When asked about a timeline for COVID-19 vaccine on CBS This Morning on Wednesday, Fauci said he couldn’t rule out one being made available earlier but insisted that the end of the year was a more likely scenario.

‘The projection that I’ve made and I’ll stick by it is that we would likely get an answer if this is safe and effective by the end of the year…. The more likely scenario is that we’ll know by the end of this calendar year. 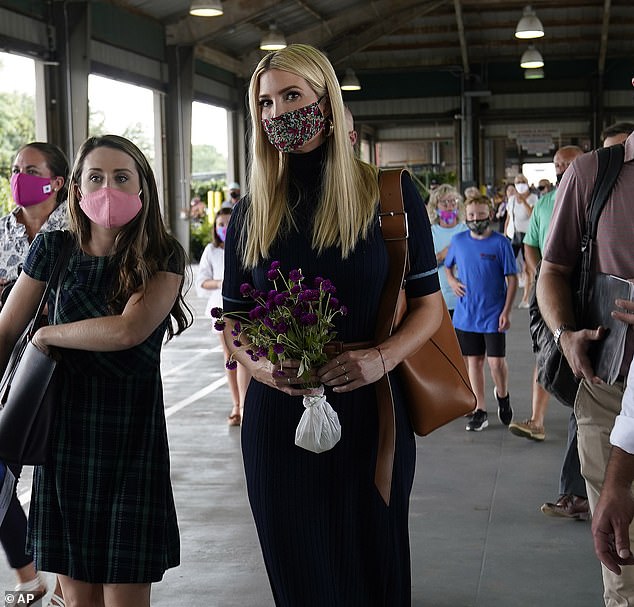 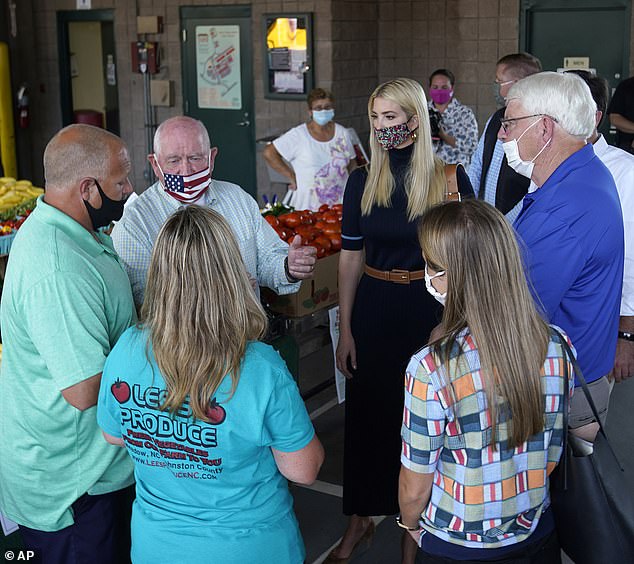 ‘Hopefully we’ll be able to start vaccinations in earnest as we begin 2021.’

Fauci said initial trial results are likely to become available in November or December but late October remains a possibility.

Three US vaccine candidates are currently in phase three clinical trials but one of those, which is being carried out by AstraZeneca, has now been put on hold after an unexplained illness in a participant.

Fauci said that AstraZeneca’s decision to pause the global trials of its experimental vaccine was unfortunate but not an uncommon safety precaution in the development process.

AstraZeneca, of which the US has ordered 100 million doses, said on Tuesday it voluntarily paused trials, including late-stage ones, after an unexplained illness in a participant, to allow an independent committee to review safety data.

It was working to expedite the review to minimize any potential impact on the trial timeline.

Fauci said the pause was not uncommon in vaccine development and that he hoped the company could proceed with its trial. 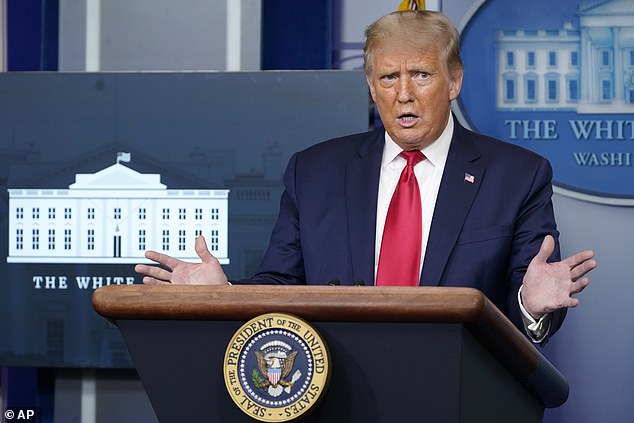 ‘This particular candidate from the AstraZeneca company had a serious adverse event, which means you put the rest of the enrollment of individual volunteers on hold until you can work out precisely what went on,’ Fauci said.

‘It’s really one of the safety valves that you have on clinical trials such as this, so it’s unfortunate that it happened.

‘Hopefully, they’ll work it out and be able to proceed along with the remainder of the trial but you don’t know. They need to investigate it further.’

The vaccine, which AstraZeneca is developing with the University of Oxford, has been described by the World Health Organization as probably the world’s leading candidate and the most advanced in terms of development.

Trump has repeatedly said a vaccine is possible before the November 3 election.

‘We’re going to have a vaccine very soon. Maybe even before a very special date. You know what date I’m talking about,’ Trump said during a news briefing on Monday.

He has accused a ‘deep state’ within the nation’s top health regulator of trying to slow pivotal clinical trials to hamper his chances at a second term.

The US Food and Drug Administration has refuted that claim, saying its decisions will be guided by data alone.

Thousands may have been exposed on commercial flights in 2020, CDC says

Kenya’s Maasai gather for ceremony to turn warriors into elders

EU split as Macron and Varadkar slam trade deal – 'They lied to us!'