A young Florida boy has died after he fell ill from a rare brain-eating amoeba he encountered while on vacation at a campground this summer.

The family of Tanner Lake Wall, 13, said he died on August 2 following a family vacation to a North Florida campground equipped with a water park and lake.

‘He was just somebody you always wanted to be around,’ Travis Walls, of Palatka, told News4Jax about his son.

‘He was very active. He loved the outdoors. He loves hunting, fishing,’ his mother, Alicia Whitehill, added. 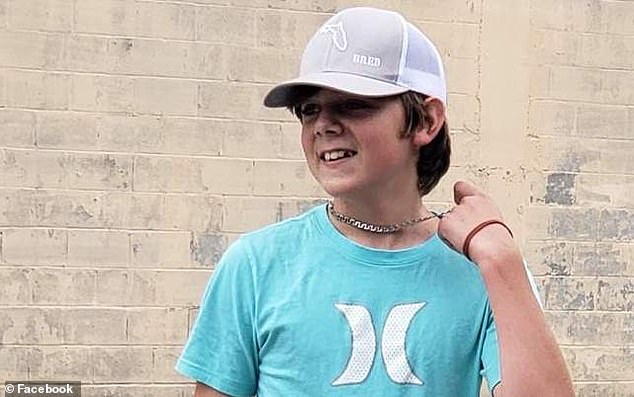 But Travis and Alicia had a feeling their son’s illness was much more than that.

‘Finally, I got pretty irate. She was irate at this point,’ Travis told the publication.

‘I said, “You know what? Unhook him. Do whatever you need to do. We will transport him ourselves. I’m standing at the front door. Come outside. We will take him where we have to go.”‘ 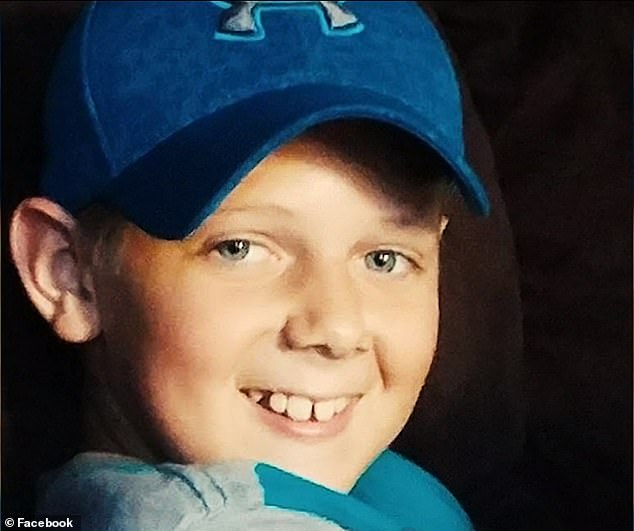 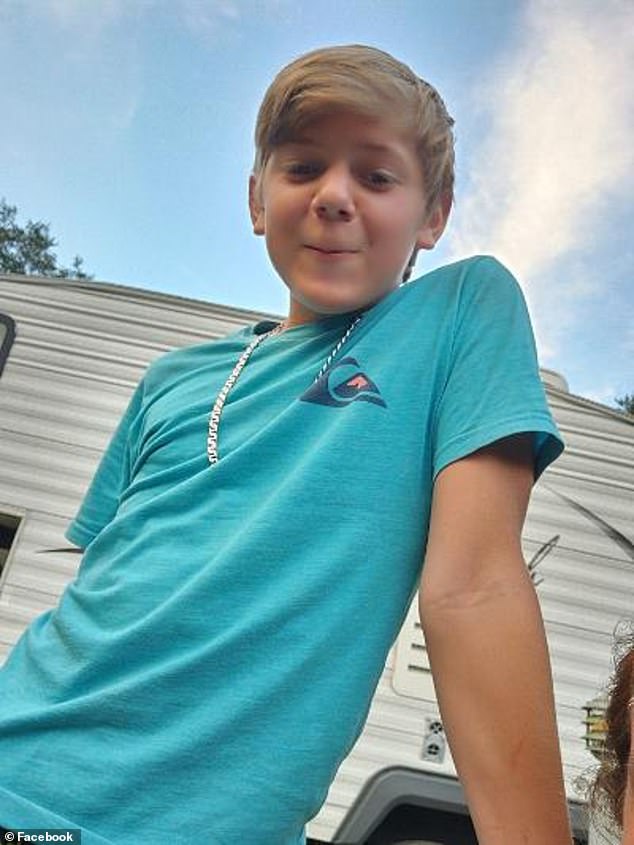 The family said Tanner (pictured) was initially diagnosed with strep throat, but a trip to UF Health in Gainesville, Florida, revealed he was infected with Naegleria fowleri

They drove an hour away to UF Health in Gainesville, where Tanner was placed on a ventilator and doctors made a tragic discovery.

‘They said, “We’re sorry to tell you this, but your son does not have bacterial meningitis. He has a parasitic amoeba, and there is no cure,”‘ said Travis.

The parasitic amoeba was Naegleria fowleri, or the ‘brain-eating amoeba’ typically found in warm freshwater that can cause a brain infection called primary amebic meningoencephalitis.

They can also be found in contaminated tap water and poorly chlorinated swimming pools. 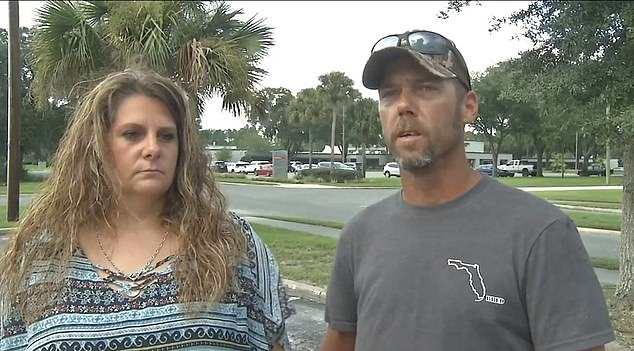 ‘Naegleria fowleri infects people when water containing the ameba enters the body through the nose,’ according to the Center for Disease Control and Prevention.

‘This typically occurs when people go swimming or diving in warm freshwater places, like lakes and rivers. The Naegleria fowleri ameba then travels up the nose to the brain where it destroys the brain tissue.’

WHAT IS A BRAIN-EATING AMOEBA?

Naegleria fowleri is commonly referred to as the ‘brain-eating amoeba’ as it can cause a rare and devastating infection of the brain called primary amebic meningoencephalitis (PAM).

But the infection is very rare, and according to the CDC, there have been about 35 cases reported in the U.S. in the last decade.

The single-celled organism is commonly found in warm freshwater, such as lakes, rivers, and hot springs, as well as in soil.

It usually infects people when contaminated water enters the body through the nose. Once the amoeba enters the nose, it travels to the brain where it causes PAM, which is usually fatal.

In very rare instances, Naegleria infections may also occur when contaminated water from other sources (such as inadequately chlorinated swimming pool water or heated and contaminated tap water) enters the nose.

You cannot get infected from swallowing water contaminated with Naegleria.

The symptoms Tanner experienced were common with Naegleria fowleri, including headaches, vomiting, fever and nausea.

‘Later symptoms can include stiff neck, confusion, lack of attention to people and surroundings, loss of balance, seizures, and hallucinations,’ the CDC wrote.

‘After the start of symptoms, the disease progresses rapidly and usually causes death within about 5 days (range 1 to 12 days).’

By August 2, Tanner had no brain activity and his parents decided to remove him from life support.

‘People need to be aware from July to the latter part of September, with the hot waters, that this amoeba, it can come up your nose. It can be diving. It can be swimming, water sports, skiing, things like that,’ said Travis.

Travis and Alicia hope the gut-wrenching tragedy will help bring awareness to other parents and prevent other similar incidents from happening.

‘So parents are aware. Maybe they weren’t thinking about it because I can sure tell you we weren’t, ‘ Travis told News4Jax. ‘We grew up swimming in ponds and creeks and stuff like that.’

They want warning signs advising the potential dangers to be placed near warm water locations, particularly in the summer.

Tanner’s family said they may hire a lawyer to look into their son’s death.

Putnam Community Medical Center said in a statement to the family that they send their condolences and that they were unable to give a final diagnosis.

‘The passing of a loved one is tragic and our condolences are with the family,’ a spokesperson wrote.

‘Our attending physician advised the family that further assessments were needed; however, the recommendations were declined and the family left the facility before a diagnosis was possible. Due to privacy laws, we are unable to discuss further details of the matter.’ 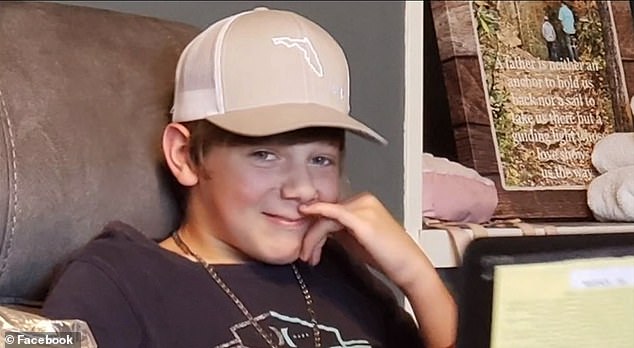 Travis: ‘People need to be aware from July to the latter part of September, with the hot waters, that this amoeba, it can come up your nose. It can be diving. It can be swimming, water sports, skiing, things like that’ 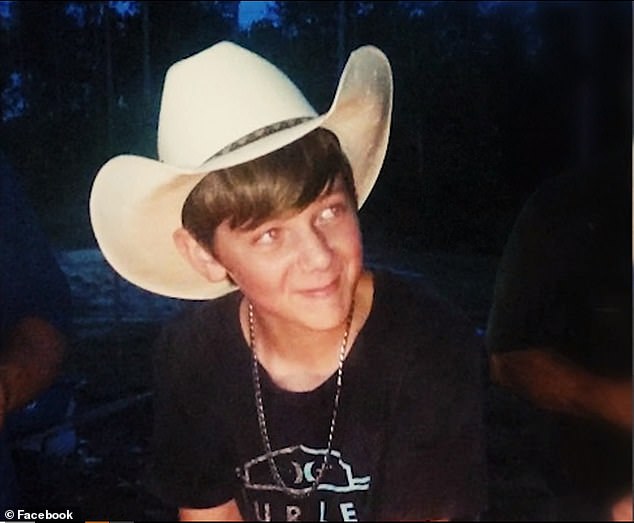 Tanner is believed to be the second person to be infected with Naegleria fowleri this summer in Florida.

In July, the Florida Department of Health announced that a case was reported in Hillsborough County.

From 2009 to 2018 the CDC recorded 34 infections across the country. Of those cases, 30 were infected through recreational water, three were infected after performing nasal irrigation with infected tap water and one via contaminated tap water used on a backyard slip-n-slide.

The fatality rate of Naegleria fowleri is 97 per cent and only four people out of 145 known infections from 1962 to 2018 survived.

How Ruth Bader Ginsburg's dying wish was made public