Boris Johnson announces a ‘review’ of plans to reopen stadiums, putting the October 1 return of fans on the rocks… as the Premier League warn they face losing £700MILLION without crowds

Boris Johnson has announced that a ‘review’ of plans to re-open stadiums for sport fans is set to take place.

The Prime Minister was speaking in a press conference on new Covid-19 restrictions in England following a rise in cases in the country.

And he confirmed that a review will now occur, putting the return date of October 1 for fans on hold, with the Premier League warning they will face a £700million loss without crowds this season. 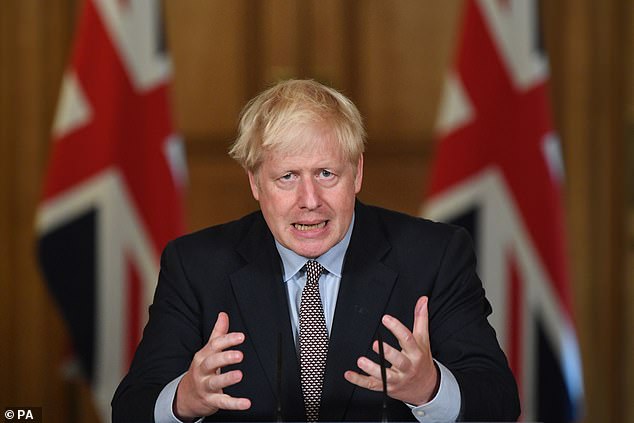 ‘At the present time we must also I am afraid revise plans to pilot larger audiences in venues later this month and review our intention to return audiences to stadiums and conference centres from October 1,’ Mr Johnson said.

‘But that doesn’t mean we are going to scrap the programme entirely, we are just going to have to review it and abridge it and the Culture Secretary will say more about that shortly.’

Fans had already benn fearing the worst when it was announced that from Monday onwards, it will be illegal for to assemble in groups of seven or more anywhere in England, whether indoors or out.

That was already set to have a huge knock-on effect for sporting events that were banking on getting fans back into stadiums by early October, but Johnson’s latest statements have confirmed more bad news for hopeful supporters.

AFL's beaten brigade: where now for the clubs that got it wrong in 2020? | Scott Heinrich

'When you get through you have to score': Mikel Arteta rues Alex Lacazette's miss in Liverpool loss