Outrage in India after an 86-year-old woman is brutally raped and beaten by attacker, 33, as she begged him to stop and said she was ‘like his grandmother’

An 86-year-old grandmother has been brutally raped and assaulted by a 33-year-old man in India.

The woman told her attacker she was ‘like his grandmother’ in a bid to stop the assault after he lured her from her home on Monday evening.

The man, who has since been arrested, approached the woman while she was waiting on her doorstep in Delhi for the evening milkman. 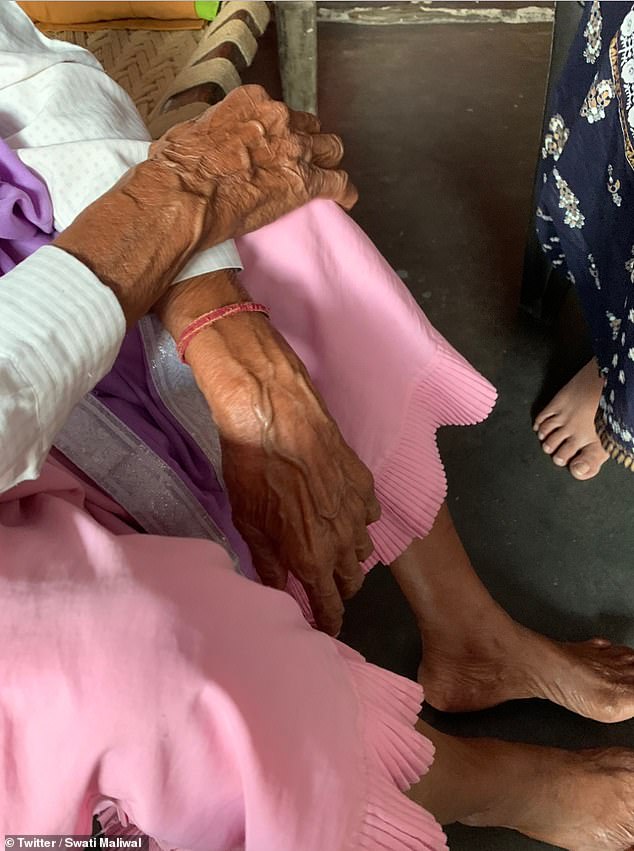 Swati Maliwal, head of the Delhi Commission for Women, told the BBC: ‘He told her that her regular milk delivery man wasn’t coming and offered to take her to the place where she could get milk.’

She willingly trusted him and accompanied him to find milk but he instead took her to a nearby farm and raped her.

Ms Maliwal said: ‘She kept crying and begging him to leave her. She told him that she was like his grandmother.

‘But he ignored her pleas and assaulted her mercilessly when she tried to resist and protect herself.’

Local villagers heard her cries and rushed to rescue her, handing over the rapist to the police.

Ms Maliwal visited the woman at her home on Tuesday, describing it as ‘heart-breaking’.

She said she has bruises all over her face and body and suffered vaginal bleeding and extreme trauma.

The campaigner has demanded the death penalty for the attacker and is writing to the chief justice of the Delhi Court to fast track the case.

India was classified the most dangerous place for women in 2018 because of its high levels of domestic and sexual violence. 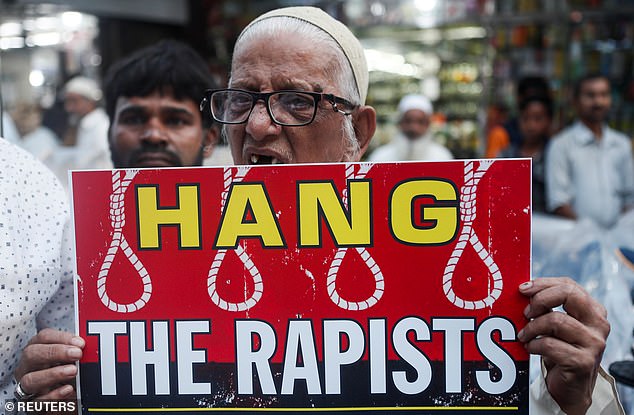 The Thomson Reuters Foundation poll of 550 global experts made the classification based on the 33,356 rapes and 89,097 assaults that year.

In 2017, there were as many as 90 rapes reported to police every day, according to government data.

Rape is one of the fastest growing crimes in India with the National Crime Records Bureau reporting in 2019 that the number of attacks doubled in the 17 years between 2001 and 2017.

The same data showed that every fourth rape victim in India in 2018 was a minor, and over 50 per cent of them were between 18 and 30 years old.

In just under 94 per cent of rape cases the victims knew their rapists who were often family members, friends, partners or employers.

And yet India’s National Family Health Survey said that 80 per cent of women who experience sexual violence do not report it.

In December 2019 American media organisation National Public Radio interviewed activists and experts about why rape is such an issue in India.

Altamash Khan is an instructor that works with colleges on how to prevent sexual violence and works with nonprofit Men Against Violence and Abuse in Mumbai.

He told NPR he thinks sexual violence would be reduced if ‘we can chip away at age-old patriarchal values’ and look at ‘the spectrum of violence’ including things like catcalling.

Biggest unknown with Beta is how much rain it will bring

Covid-19 gave the world a golden opportunity to fix the climate crisis. We're about to waste it.

Hundreds of whales stranded off the coast of Tasmania

South China Sea: Footage of terrifying ‘attack’ on US base released by PLA in Taiwan FURY

Covid-19 gave the world a golden opportunity to fix the climate crisis. We're about to waste it.

'For me whale meat is my childhood, my memories'