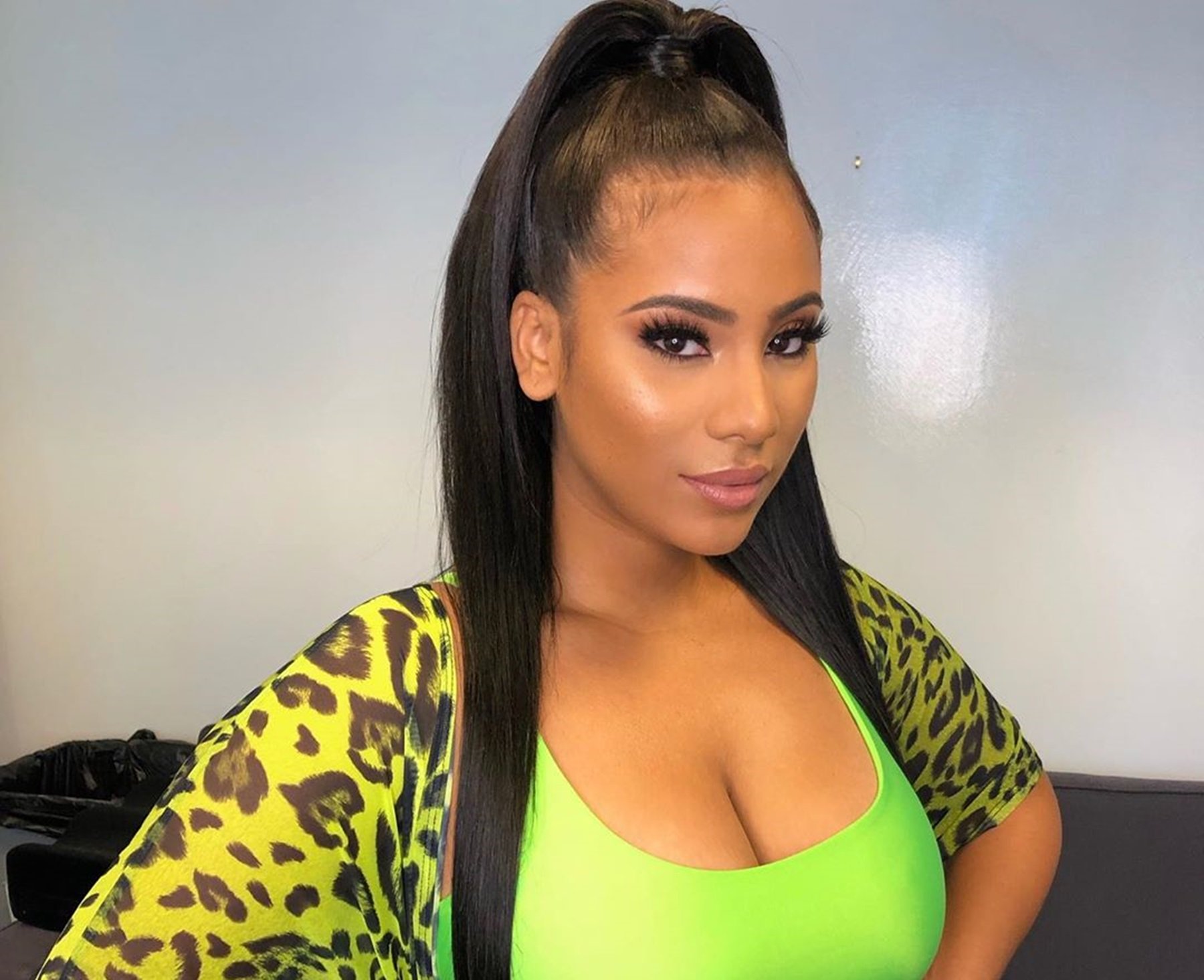 You are probably aware of the fact that there’s been a leaked audio of Cyn Santana and Joe Budden that reveals an altercation between the two of them. She highlighted that someone she thought she could trust has eventually leaked the audio and she’s now reassuring people that she remains focused on the well-being of her family.

Check out the posts that The Shade Room shared on social media and hear what she has to say.

Someone said: ‘Joe behind the camera with a white tank top with a cig,’ and one other follower posted this: ‘Maybe she should’ve read the notes, she was all over the place.’

One other follower said: ‘Just get to the point Cyn taking 3 vids to say the same thing,’ and someone else said: ‘I’m confused. Why do you keep bringing up your son? Did Joe punch you in the stomach or not. Damn.’

Another follower said: ‘She basically saying that stop playing with mental health cause by releasing these audios you don’t know where a person state of mind is and stop speaking on her son’s father cause he is in a good state and doesn’t want anyone to disturb that!’

One other follower said: ‘Clears throat 🗣 if she said MENTAL HEALTH one more time!’

Back in March, it’s been revealed that after Cyn Santana had her first child with Joe Budden in 2017, Lexington, the reality star reportedly endured postpartum depression, BET recently reported.

Santana recently explained that even though she considers her 2-year-old child the love of her life, she wasn’t prepared for the emotional toll pregnancy would have on her.

During last year’s season of Love and Hip-Hop: New York, Santana revealed to her man of the time, Joe, that she had been dealing with depression.

What do you think about her situation and what happened?

Chrishell Stause's Evolution: From Soap Star to 'Selling Sunset' and Beyond

Cardi B Reacts In Frustration To The First Presidential Debate – Wants To Step In As The Next Moderator While Slamming Chris Wallace!