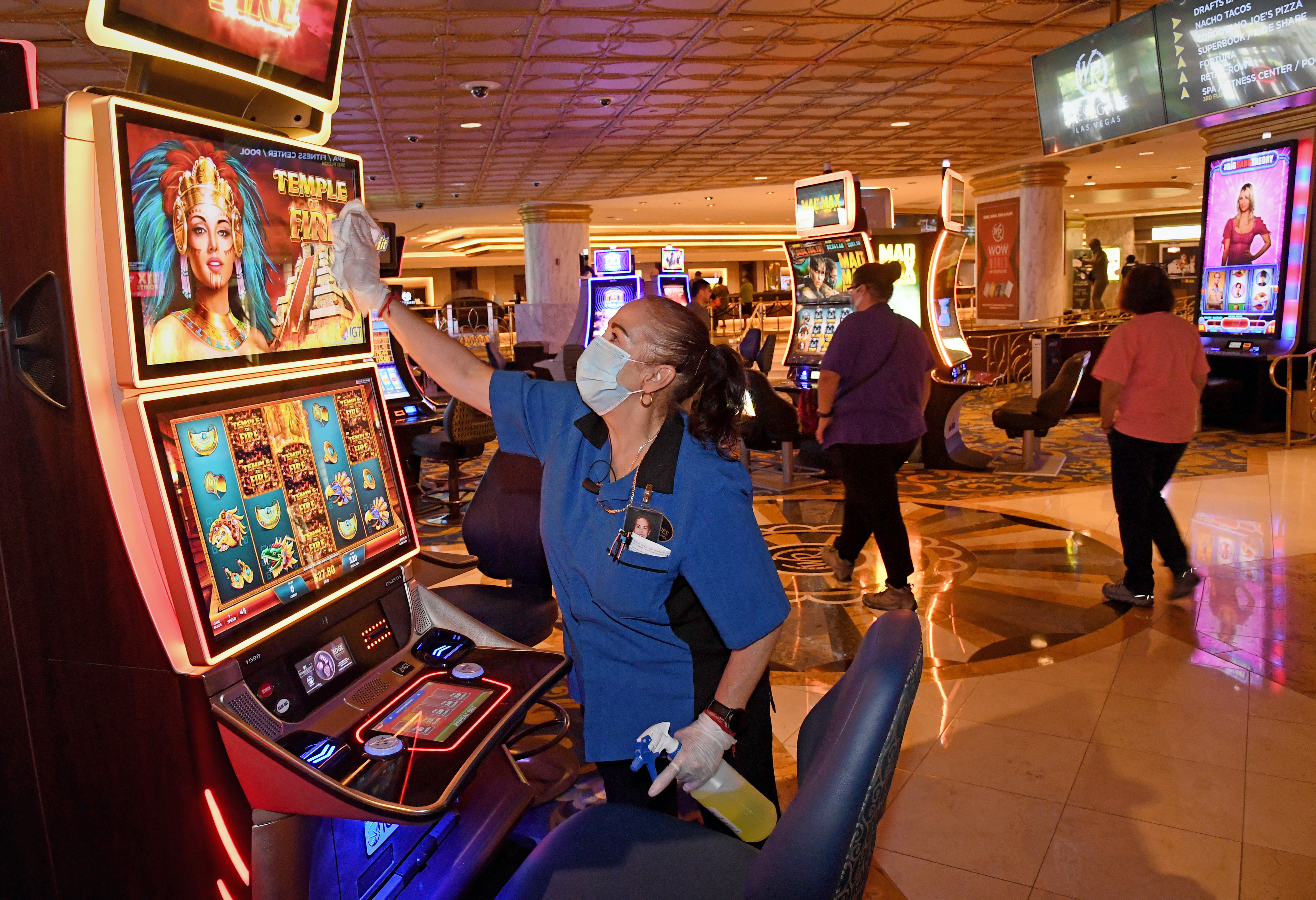 At El Cortez Hotel & Casino in downtown Las Vegas, the sounds of gamblers putting loose change into machines and the ka-ching sound when they hit a jackpot are as much of the experience as the casino’s timeless vibe that pays homage to the days of the Rat Pack.

But as people stayed home and businesses were closed due to the coronavirus pandemic, the amount of change in circulation has been drastically reduced. Casinos, banks, and coin-operated laundromats have been hardest hit by the cash crisis.

Now, the newly reopened casinos are being forced to come up with creative ways to combat the coin shortage after months of lockdown.

Before the pandemic, El Cortez had $120,000 in nickels, quarters, 50-cent pieces and dollar coins. After the casino shut down in March, it deposited all but $30,000 worth of coins at the bank, according to the Las Vegas Sun.

Getting those coins back has been difficult.

“Our first coin order that we did after reopening, in July, we ordered $30,000 in quarters,” El Cortez manager Adam Wiesberg told the outlet. “When the Brinks people came, they brought us just $500 in quarters. That’s when we realized firsthand that there was a coin issue. We’re fortunate we kept that $30,000.”

A model adopted by The Cosmopolitan of Las Vegas in July 2019 might provide a way forward for some resorts. Customers can choose to print a ticket to receive their change, or donate to one of four rotating charities, helping a worthy cause and saving the casino from dispensing precious quarters, nickels and dimes.

“Since we reopened our doors following the mandatory COVID-19 closure earlier this year, we have seen record numbers in both the number of transactions and in monetary donations,” Chelle Adams, chief financial officer at the Cosmopolitan, told NBC News. “We are immensely thankful and proud of our guests’ efforts in wanting to support our community throughout the trying current climate.”

The casino has also encouraged its employees to bring in their loose change to cash in for no fee. For every $60 worth of coins an employee brings in, Adams said they are awarded a gift through the casino’s internal rewards program.

The D Las Vegas, home to the Sigma Derby slot machine where gamblers can use quarters to place bets on five mechanical horses, has another approach. It is running a promotion called “I helped save Sigma Derby.”

Anyone who brings in one pound of quarters can trade them in for a hat, while three pounds of quarters will get them a hat and a t-shirt.

Meanwhile, the nationwide hunt for spare change has some people finding coins in creative places.

The North Carolina Aquarium at Pine Knoll shores has been closed since March, and to save money, it shut off a 30-foot waterfall that has been used as a wishing well for the last 14 years.

“It has never been emptied. Because we turned the water off to save money, it seemed like the most appropriate time to clean it out,” said Danielle Bolton, spokeswoman for the aquarium. “We had no idea what we were getting into when we got in there.”

The staff spent a week washing, sorting and sifting 100 gallons of coins so they could be counted. It took two weeks and 15 hours at the bank before they saw the grand total of the precious change they were cashing in: $8,563.71.

“We had no idea it was going to turn out like this and we’d be talking about coins,” Bolton said. “It’s a fun story.”

Trump caps judiciary remake with choice of Barrett for court

Brain-eating microbe: US city told not to use water amid contamination concerns