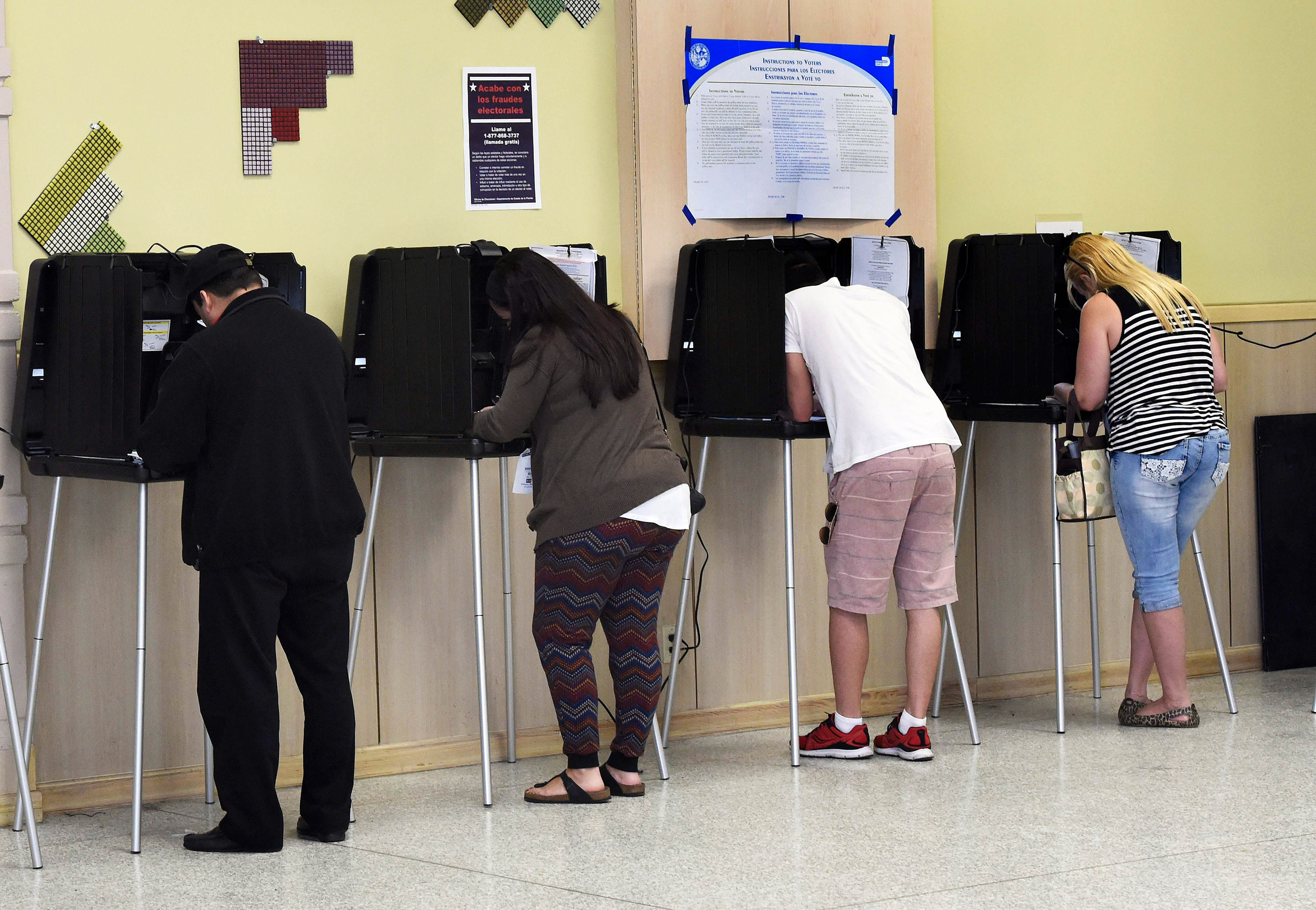 A Hispanic-led group of political and creative professionals on Tuesday launched a progressive super PAC to fund a campaign that envisions a 46th president who isn’t Trump and targets multicultural Millennials and Generation Z youth.

Named “It’s Time for 46”, their committee plans a digital and outdoor campaign that portrays the election as one that cancels out the 45th president — Trump — and looks forward to a new, different president with its theme, “It’s time for 46” or, in Spanish, “Es la hora del 46”. The next president will be the 46th president elected in the U.S.

Fundraising has just begun, but one of its leaders, Juan Proaño, cofounder of Plus Three, a company that uses technology to assist non-profits, and a veteran of several Democratic presidential and other campaigns, said the aim is to spend at least $1.5 million in digital space and outdoors, such as with billboards.

The campaign is being launched by Proaño, Sergio Alcocer, an award-winning multicultural advertiser and marketer and Mario Troncoso, a 10-time Emmy-award winning documentary filmmaker and video journalist whose recent project “Fake: Searching for the Truth in the Age of Misinformation” was broadcast by PBS. Proaño said they will be adding additional, diverse leaders.

Proaño, a resident of Miami, said he has grown worried that in his own neighborhood, he sees Trump signs across the street and at other nearby homes, but no Joe Biden signs and that on a recent trip by car from Miami to Austin, Texas, he saw many Trump signs but few Biden signs.

“We are not willing to sit aside and take for granted that they have it in the bag, that they’ve covered the bases,” said Proaño, referring to the Biden campaign.

Polls show Biden is leading with voters overall, but there are worries among Latino Democrats about the pandemic’s effect on voting and Latino turnout.

In a Bendixen and Amandi poll of Miami-Dade voters in the key swing state of Florida, Biden tops Trump 55 percent to 38 percent in that county, but the Latino vote is neck-and-neck with Trump leading by one point, the Miami Herald reports. Biden has a slight lead with voters across Florida, according to recent polls.

The launch of the super PAC comes after recent news that Chris LaCivita, the Republican media adviser to Swift Boat Veterans, which was behind ads that attacked former Democratic presidential candidate John Kerry’s military record, has created a new pro-Trump Super PAC that plans to spend $30 million on TV advertising in several swing states.

Although the PAC’s campaign is being conducted in English and Spanish, the intention is to address Latinos along with the larger electorate, while also capturing Hispanics’ identities and those of other cultures, including people of mixed race. Latinos will make up the largest non-white racial and ethnic voting group this election at 32 million. However, the National Association of Latino Elected and Appointed Officials projects 14.6 million of eligible Latino voters will cast ballots.

“This is a campaign about creating energy and creating energy for the [Biden] campaign,” said Alcocer, a creative director in the advertising and marketing industry who worked on the George W. Bush presidential campaign and has been praised for his work in Hispanic marketing. “

A prominent image of the campaign is the number 45 with an X scratched over it.

“A little bit of the idea is, we can’t wait to scratch out 45 because it’s time for 46,” said Alcocer, founder of Rest of the World multicultural marketing agency and former president and chief creative officer of LatinWorks.

The Latino-focused PACs “are doing really wonderful work. I think they also need to be supported fully,” said Proaño, adding he’s seeking to broaden the effort. “This is going to require significantly more effort and our community cuts across so many ethnicities and races.” As an example, he said that his three children are Latino and his nephews are Afro-Latino.

The campaign won’t wade into the weeds on policy or focus on Biden, but will have a definite Democratic or liberal bent. Their campaign highlights other numbers, such as the more than 185,000 people to date killed by COVID-19 under Trump’s watch, the estimated 26 million people who have protested police violence, the 5.2 million women who have participated in women’s marches and the more than 5,500 children separated at the border.

Short video interviews that Troncoso conducted are a major part of the campaign. They feature everyday people from around the country and of different racial and ethnic backgrounds and ages speaking about the 46th president that they envision.

“My interest has always been to find the stories at a crossroads, with different communities, different cultures, different ideas and their intersection,” said Troncoso, who is originally from Spain but says he was “reborn” in Texas. “That is exactly what this campaign is going to be doing.”

Pope to UN: Use COVID crisis to come out better, not worse