Cycling retailer Halfords has said higher sales of electric bikes and e-scooters, as well as the rising number of domestic holidays, boosted its trade over the summer period.

Sales in its cycling division soared by 59 per cent on a like-for-like basis in the 20 weeks to August 21, thanks to demand for e-bikes and scooters jumping by 230 per cent.

Cycling services also rose by 17.5 per cent over the same timeline, which the group put down to its free 32-point bike check and the UK government’s ‘Fix Your Bike Voucher Scheme. 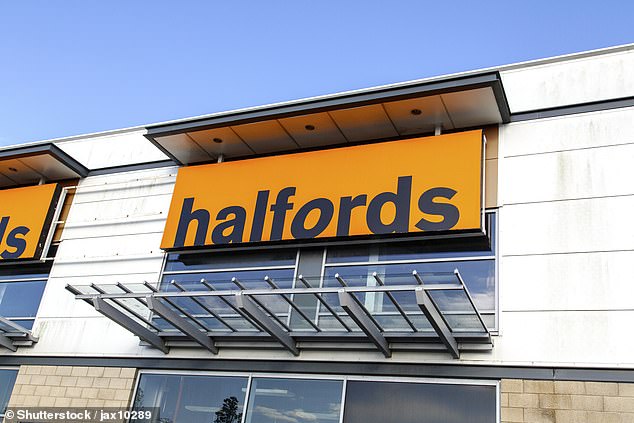 Opening up: Halfords is reopening 53 of its high-street shops amid a surge in demand for bikes

The lockdown has led to more Britons purchasing bicycles as an alternative to travelling on public transport, which many of them now deem unsafe, but who want to avoid driving cars.

Declining automotive travel this year has hurt Halfords, which reported today that like-for-like sales in its motoring business fell by more than a quarter over the 20-week timeline.

The division returned to growth in the first three weeks of August though, as car journeys picked up and more drivers bought roof-boxes and bars, along with batteries, bulbs and blades.

The Redditch-based firm said its autocentres saw an equivalent 7.6 per cent drop in sales but had its total revenues climb by 30 per cent, which it attributed to expansion in its recently-acquired McConechy’s and Tyres on the Drive subsidiaries.

Chief executive Graham Stapleton said the company ‘delivered a strong trading performance’ over the period, and highlighted its thriving growth in online sales.

‘In the last 12 months, we have tripled our investment in the ongoing development of our web platform to enable a dramatic shift to online ordering, with sales up +160 per cent year-on-year and representing 54 per cent of total revenue in the period.’ 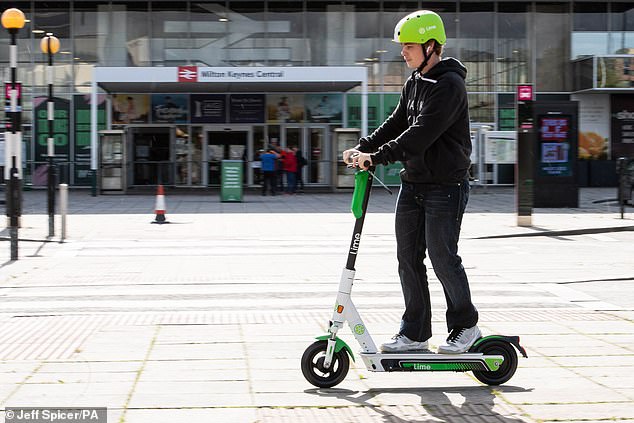 ‘We have also reaped the benefits in motoring services of a more scaled operation, a Group web platform, a best-in-class digital operating model in our garages and a new media campaign to raise awareness of our unique proposition.’

The former Carphone Warehouse UK & Ireland CEO warned though that the coronavirus and macro-economic uncertainty could negatively affect its trade over the winter season.

In addition, the firm said that a drop in staycations during the wintertime and the impact of the Brexit negotiations would likely cause profits to be ‘significantly lower’ in the second half of the year. 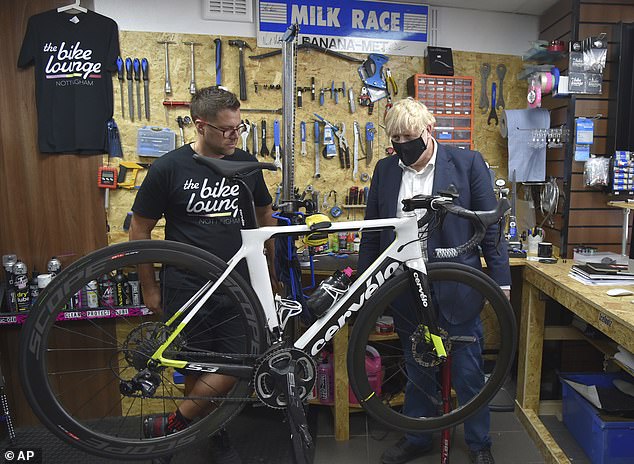 Prime Minister Boris Johnson launched a £2billion walking and cycling scheme in July that will, among other things, go towards a new e-bike programme and upgrading urban bike routes

Back in June, he declared that searches for e-scooters on Halfords website had doubled over the preceding year, but called for a change in their regulation.

Sales of the vehicle have grown enormously across Britain in that time even though private e-scooters are banned on British roads and pavements. Only rental e-scooters have been legally allowed by the government on roads since July.

Later that month, Prime Minister Boris Johnson launched a £2billion walking and cycling scheme that, among other things, will go towards a new e-bike programme and upgrading urban bike routes. 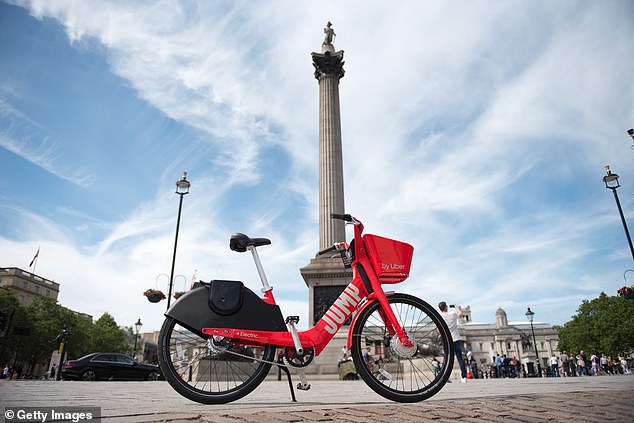 The urban cycle lanes will help accommodate the immense growth in cycling rates in cities like London and Manchester.

Figures released last month by the Centre for London think tank showed that the average length of a cycle hire trip in the capital rose from 20 to 42 minutes between May 2019 and May 2020.

Other statistics from the Department of Transport found that on some days during the lockdown, cycling rates were up by as much as 300 per cent on their pre-Covid levels.

Shares in Halfords were down 2.6 per cent to 179.2p by late morning after the announcement.

PUNT OF THE WEEK: GoCo is behind the Gocompare price comparison