This is the heartbreaking moment a hungry elephant searched for food in piles of plastic rubbish discarded by tourists.

The animal was snapped using its trunk to wade through the mound of waste which had been dumped in West Bengal, India.

The elephant also had rubbish resting on top of its head and back after it slung it over its shoulder with its trunk while rummaging for food. 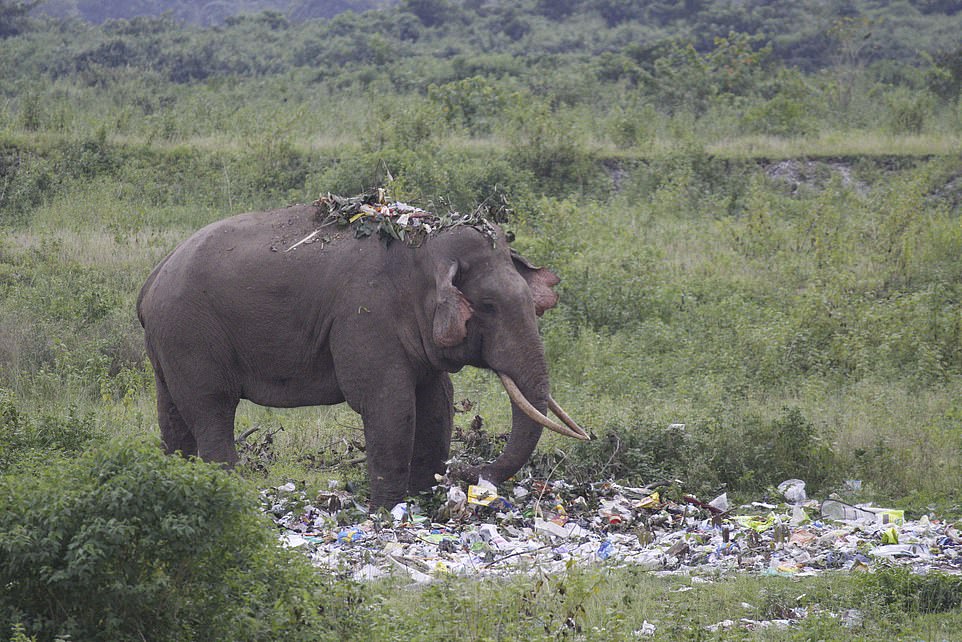 A hungry elephant searched for food in piles of rubbish discarded by tourists in West Bengal, India

The endangered animals normally eat roots, grasses, fruit, and bark and the photos show it surrounded by vegetation.

But the elephant was clearly more attracted to the smell of the rotting waste which had been dumped in the wild.

Among the rubbish in the beautiful surroundings was a number of plastic containers, bottles and bags. 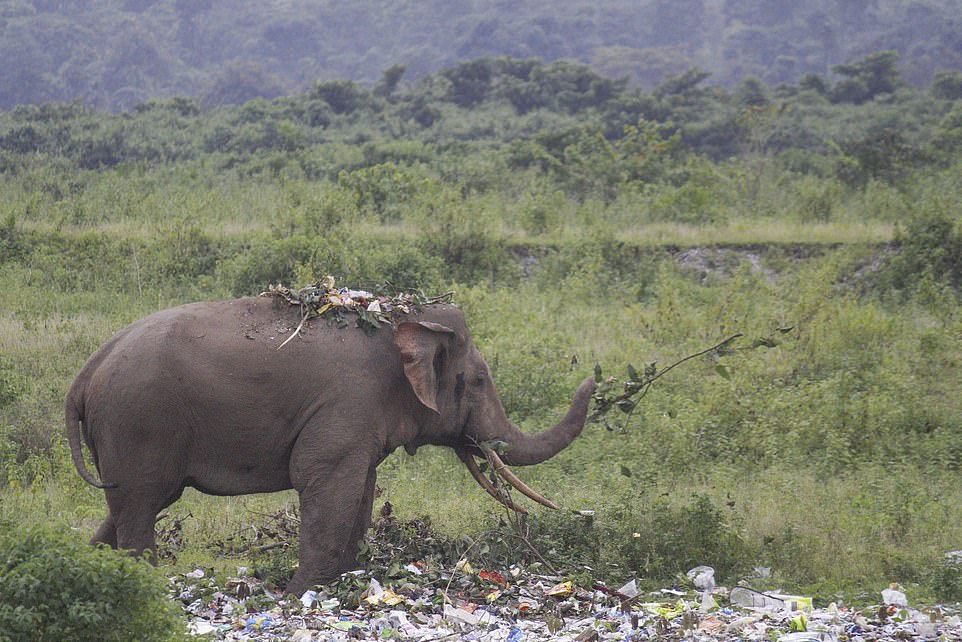 Pranab Das, who took the images, said tourists left the rubbish and has warned others to take care of the environment.

Pranab, a sports journalist who lives in the area, said he saw the elephant ingesting plastic.

He said: ‘I hope these photos encourage people to stop littering.

Pranab Das, who took the images, said tourists left the rubbish and has warned others to take care of the environment

‘The garbage was left behind by vans.

‘The elephant was snacking on plastic which was painful for me to see.’

Elephants have previously died after eating plastic, with the toxic waste harming their stomachs.