A Canadian father and three of his children were killed in an apparent murder-suicide carried out by his brother-in-law over the weekend.

Father Chris Traynor, 50, his children Bradley, 20; Adelaide, 15; and Joseph, 11 were shot and killed, according to CBC.

A woman identified by friends as Chris’ wife Loretta Traynor, 50, was injured in the shooting and is recovering in the hospital.

Lapa died of a self-inflicted gunshot wound at the scene. The homicide unit is still investigating the motive behind the shooting.

The Toronto Sun reports that Lapa is a brother of Loretta and the car at the scene was registered to him. 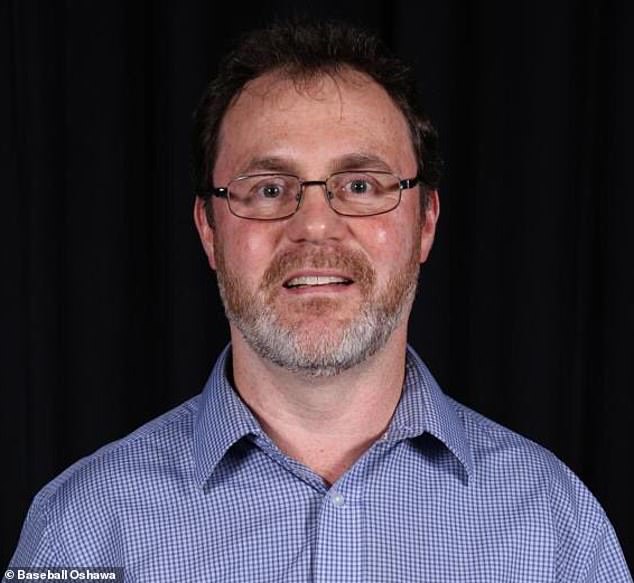 Father Chris Traynor, 50, (above) his children Bradley, 20; Adelaide, 15; and Joseph, 11 were shot and killed in the Friday morning shooting 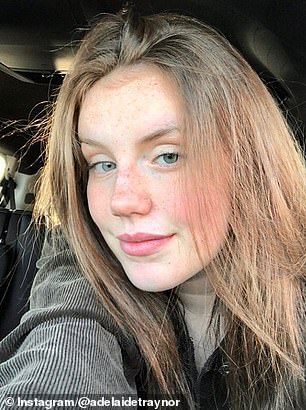 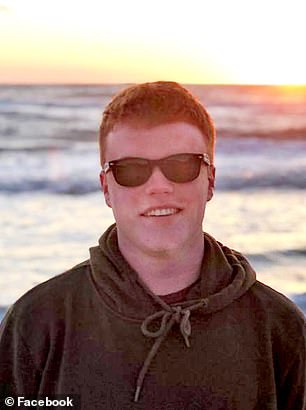 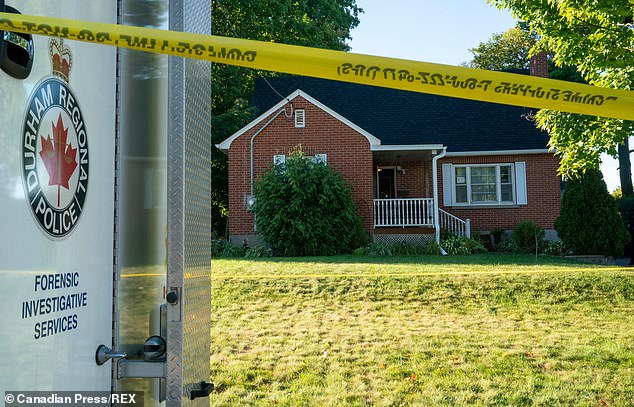 The shooting took place at the Traynor family’s home in Parklane Avenue in Oshawa, Ontario on Friday morning

A friend of the family said that Loretta’s father passed away last year, and the loss heavily impacted her family. She has two older siblings, Christopher Lapa and Mitchell.

‘Their father, Matthew, died last year and his wife, Marilyn, had passed away years before. Even as a kid growing up, Mitchell was a couple of years younger than me — always in and out of trouble,’ a friend who remained anonymous said.

‘And that was from a point of view of a teenager who was able to see that all that time ago. I am not surprised of what I’m hearing … He was mentally unstable,’ the friend added.

Police said Friday evening that Lapa was a ‘one attacker’ who entered the home as an ‘uninvited person’ and he was the owner of the vehicle that was towed from the scene.

‘Lapa was the sole shooter in this incident and he died as a result of a self-inflicted gunshot wound,’ police said in a statement Friday. They said Lapa was ‘a relative’ of the family. 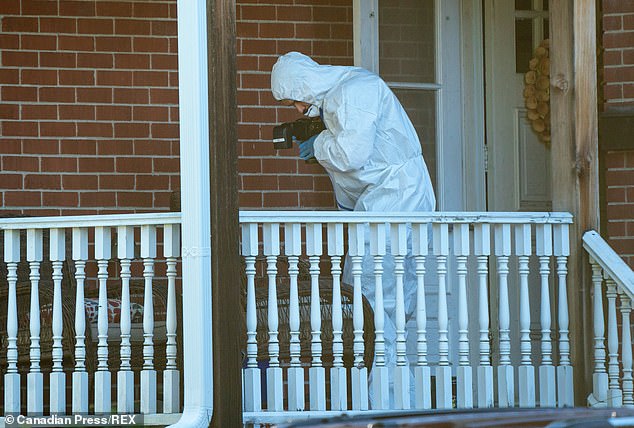 Police announced Sunday investigators want to speak to anyone who knew Lapa to understand the motive. Forensic officers pictured taking photographs of the front porch 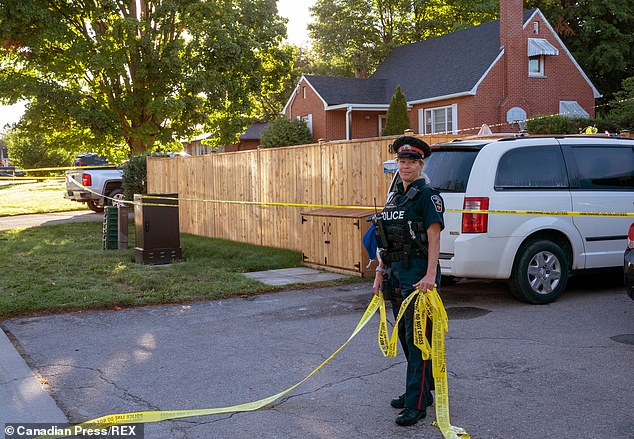 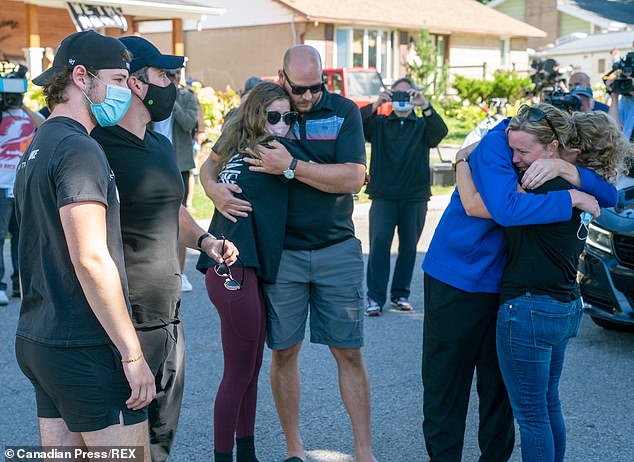 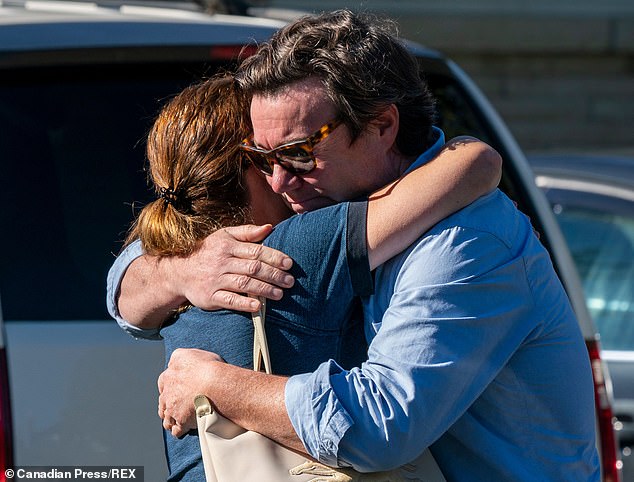 The friend alleged that Mitchell killed the family and only injured her to make her suffer.

‘In that grapevine community, they’re saying Mitchell killed all Loretta’s family and only injured her enough, so she would have to live without the rest of her family,’ she said.

‘I had heard that when the father died, something deteriorated then,’ the friend added.

The friend says that Loretta and Chris had four children and the eldest was in college at the time of the shooting.

Police announced Sunday investigators want to speak to anyone who knew Lapa to understand the motive.

Locals have left messages of condolences in chalk on the grounds of two Oshawa schools in honor of the family. 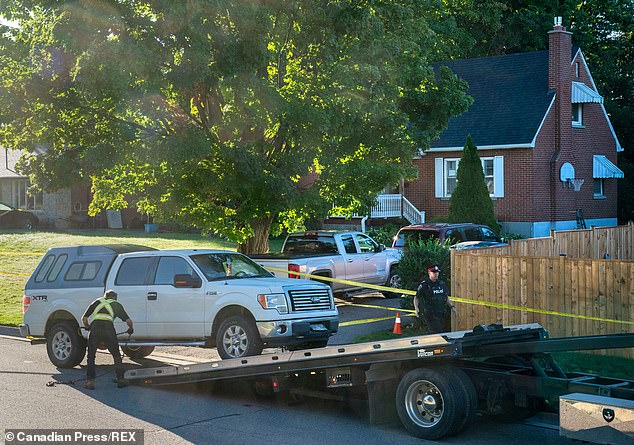 The car belonging to Lapa, which had Manitoba license plates, pictured being towed from the home Friday

‘He was a very impactful teacher to many students and inspired a lot of kids to keep attending class despite the desire to drop out. He was the type of teacher to make you want to succeed. He always shared the opportunity to teach us perseverance,’ former student Noella Gilkes, 20, who was a student of Traynor’s in 2016 and 2017 said..

‘A tragedy like this is always bad, especially in your hometown,’ Jake Walker, another former student of Traynor’s said.

‘But when the victims was one of few teachers to impact yourself, along with three of his children it is a harder pill to swallow. I am at a loss of words right now. RIP Mr. Traynor and all who lost their lives far too early,’ Walker added via Twitter.

Loretta was also a teacher at St. Theresa Catholic School.

Bradley was a university student and Adelaide was just starting high school.

A GoFundMe page to assist the Traynor family in moving forward has raised over $116,000, surpassing the goal of $5,000.

Stopgap bill to prevent shutdown held up over farm funding

Will an international event be the 2020 US election's October Surprise?

How Ginsburg's death could reshape the presidential campaign