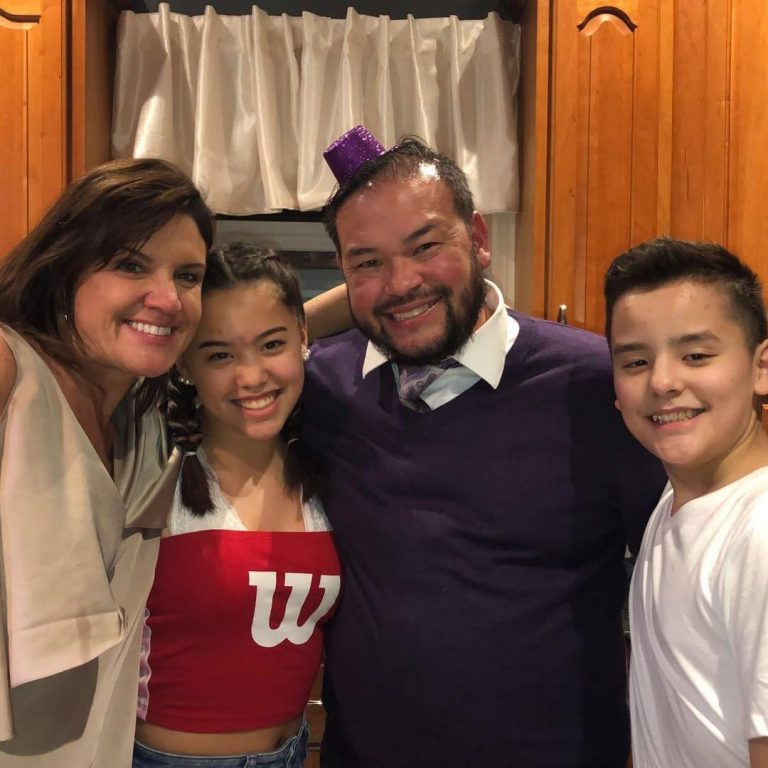 Jon Gosselin and girlfriend Colleen Conrad have been in a relationship for no less than six years which means that she’s had more than enough time to get close to the two kids he has custody of, Collin and Hannah! That being said, one insider report even claims that Colleen and the kids ‘already feel like family!’

The 16 year olds apparently have a really strong bond with their dad, Jon Gosselin’s significant other, which is great to hear!

After all, the man seems to have finally found the stability and harmony he has been needing for many years.

It’s no secret that things with the mother of his 8 children, Kate Gosselin are a huge mess and the two still have drama!

The source went on to dish via HollywoodLife that ‘Jon says that Colleen is his better half, he loves everything about her. She came into his life when he was really low and since he met her things have gotten better and better. The relationship’s healthy, there is no drama and that is huge for Jon. He loves her even more so because of the way that she cares for Collin and Hannah, she loves them like her own.’

According to the insider, Jon is ‘positive he’ll be with Colleen for life’ and the pair has even talked about marriage in the past.

About that, they stated that tying the knot will definitely happen but that they are in no rush since they feel like a family without getting married already!

The source insisted that Colleen has a great relationship not just with Jon but also with his son and daughter!

‘She genuinely loves spending time with Jon‘s kids so they do lots of family outings, she makes sure they have fun. She is very nurturing and patient with them, and they trust her. The beautiful thing is that Collin’s gotten so close to her, she is so good with him and Jon could not be more grateful for that.’

Amber Rose: Kanye West ‘Has Bullied Me for 10 Years’