A floating dock crashed into a fleet of Russian warships after it was blown away by the high winds of Typhoon Maysak.

The naval hardware was blown off its moorings and collided with nearby ships and submarines at a shipyard in Vladivostok on Russia’s far east coast.

The dock was damaged and had to be towed away but Russia’s Pacific Fleet insisted there was no destruction on board the military vessels.

The storm has caused chaos in Russia’s far east after drenching North and South Korea and sinking a ship off the coast of Japan. 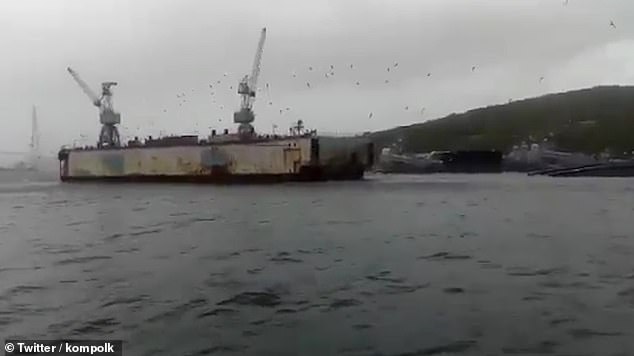 Blown off course: A floating dock drifts in the winds of Typhoon Maysak after breaking free from its moorings at a shipyard in Vladivostok

Footage which circulated among military experts showed the dry dock drifting in the wind at the Vostochnaya Verf shipyard.

A dry dock can be drained of water after a ship has arrived, allowing naval maintenance workers to reach the parts of the vessel that would usually be submerged.

A Pacific Fleet official told Russian news agency Interfax that three tugboats had been sent to rescue the floating dock after it suffered ‘minor damage’.

Several people were on the dock when it blew off course but they were not injured and there was no major damage to the warships, the Russian military said.

‘The dock has been towed, the degree of damage and the amount of damage will be determined after the situation has been resolved,’ a statement said.

Other tugboats were put on alert while backup power supplies were put in place as Russia prepared for the storm. 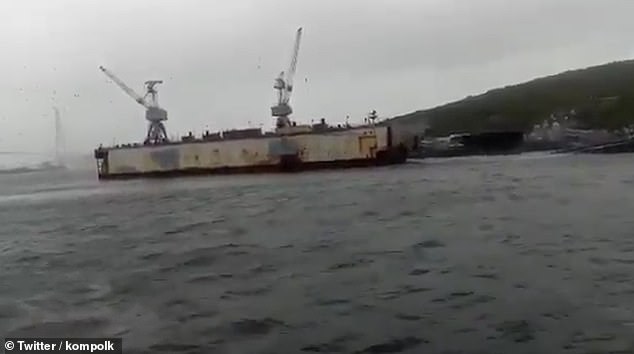 Danger: The dry dock – used for maintenance on parts of ships that are usually submerged below the water – drifts towards submarines and warships 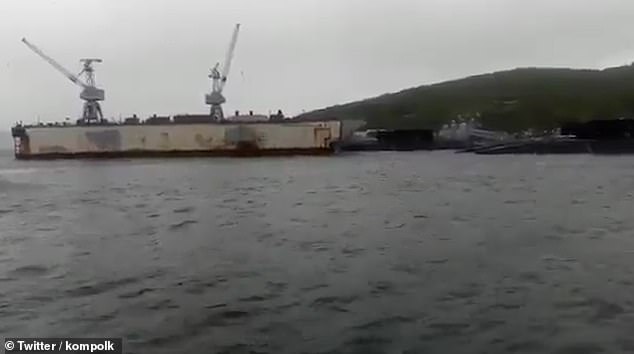 Collision: The floating dock was damaged and had to be towed away after hitting the pier – but the Russian military insists that the warships were not harmed 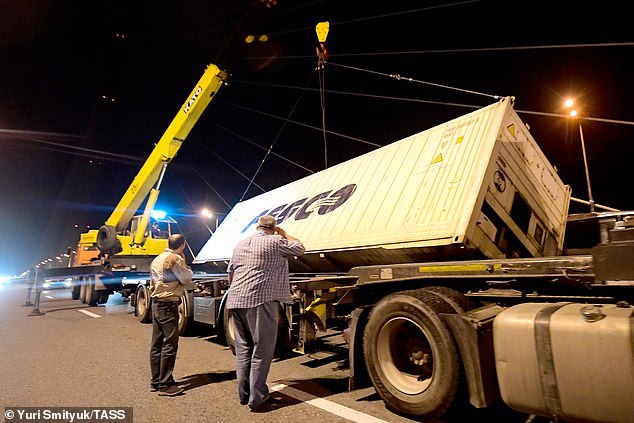 Storm: The typhoon caused a road accident in Vladivostok (pictured), brought down trees and left people without power in far eastern Russia

High winds overturned a truck in Vladivostok and brought down trees after a severe weather warning on the Pacific coast.

Thousands of people had their power supply cut off because of the typhoon, which had earlier reached winds of nearly 90mph when it made landfall in the Koreas.

One woman was killed in Busan in South Korea while more than 2,000 people were evacuated to temporary shelters.

The storm later made its way northwards, passing into the Sea of Japan, before making a second landfall at Kimchaek in North Korea.

Japan’s coast guard is today searching for survivors from a ship that sank during the typhoon with 43 crew and nearly 6,000 cows on board.

The typhoon then reached Vladivostok and the Pacific Fleet, which is home to part of Russia’s nuclear submarine force.

In 2013, a fire broke out on a nuclear submarine near Vladivostok, injuring 15 seamen who were taken to hospital.

Footage showed another fire on a Kilo-class submarine in 2018, although Russian officials claimed it was part of an exercise. 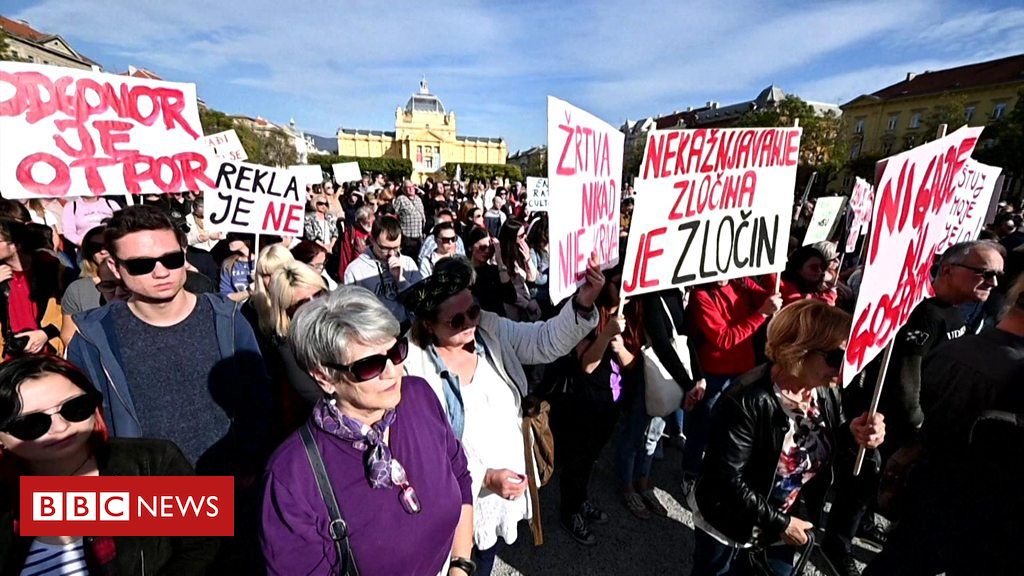 Thousands of people in cities across Croatia have protested against the way authorities handle allegations of sexual violence against women. The demonstrations, […] 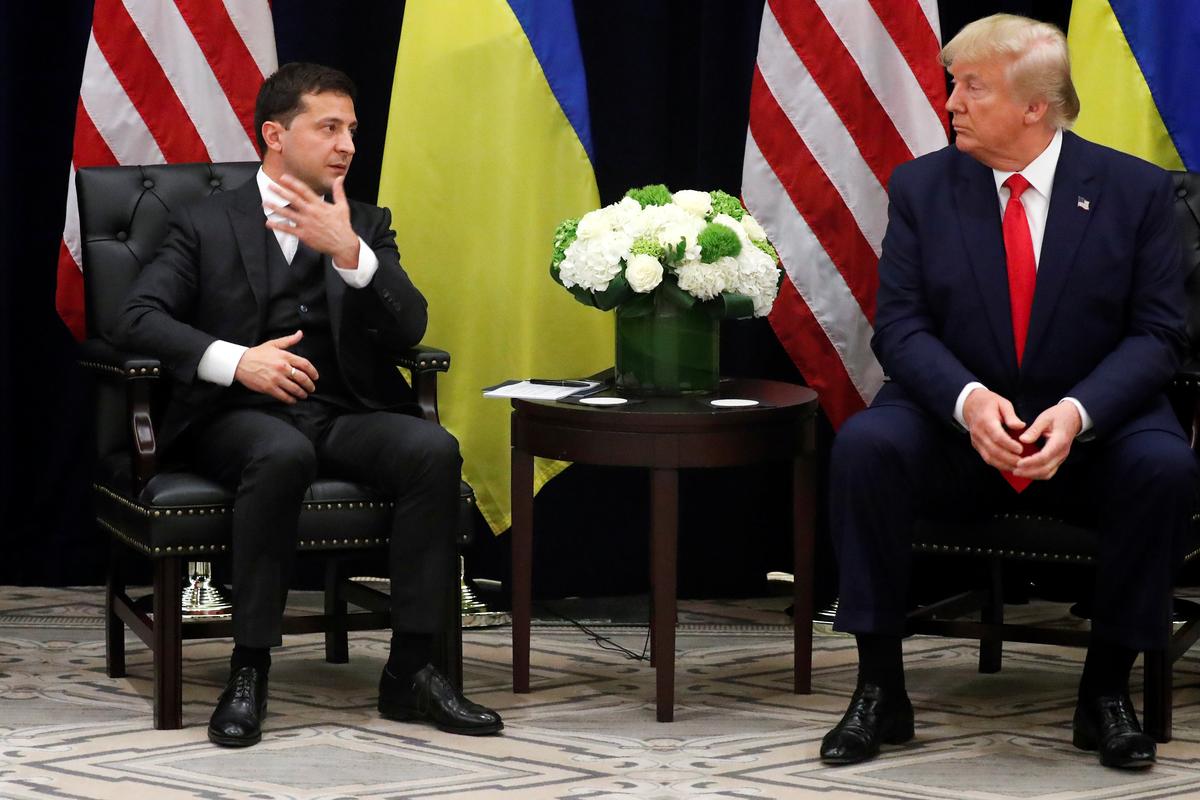 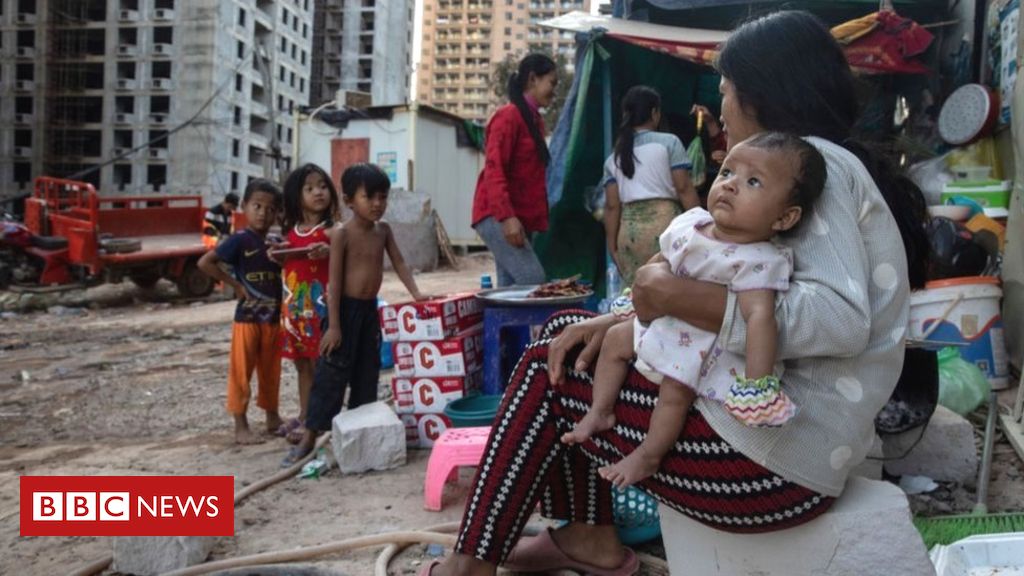 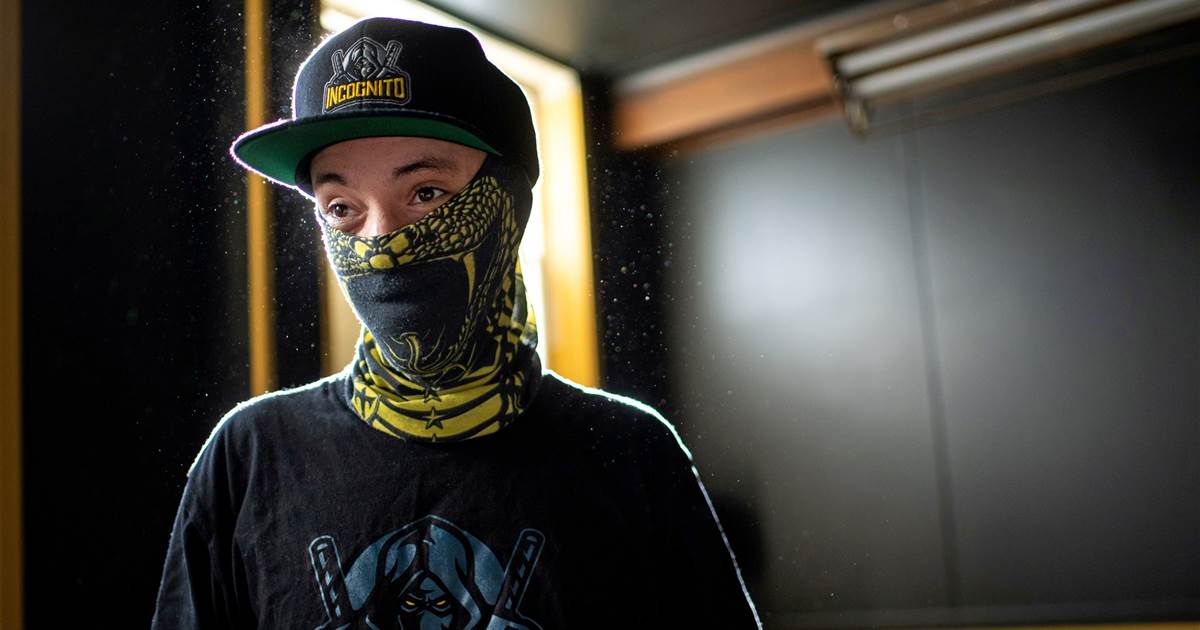 Children’s injuries misdiagnosed as abuse. Asylum-seekers in limbo on the nation’s southern border. The new age of digital celebrities on the short-form […]