The second season of the smash hit Star Wars spinoff series The Mandalorian has landed a release date on Disney+.

On Wednesday morning Lucasfilm and The Walt Disney Company announced on the Star Wars website that the premiere date is October 30.

Some of the famous names being lined-up to join the much-anticipated second season include Timothy Olyphant, Rosario Dawson, Michael Biehn, Temuera Morrison and Katee Sackhoff. They will join Pedro Pascal as The Mandalorian and Baby Yoda. 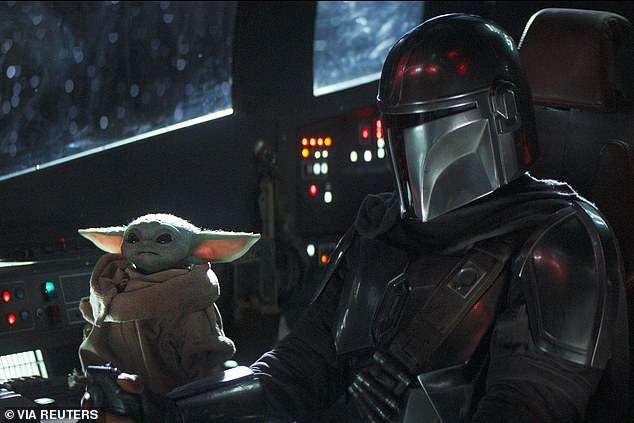 More to come: The second season of the smash hit Star Wars series The Mandalorian has landed a release date on Disney+; Pedro Pascal, right, with Baby Yoda, left 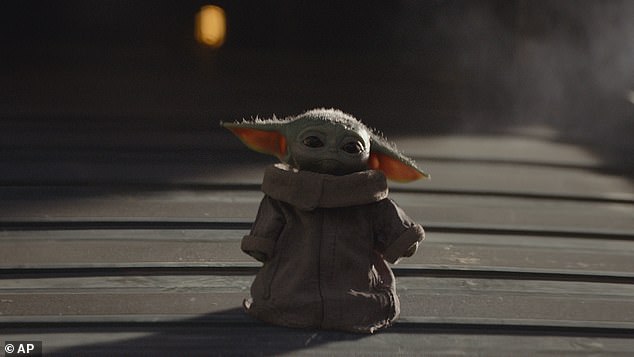 Too cute to take: The Baby Yoda, whom the Mandalorian is protecting, is the breakout star of the popular series

The Mandalorian, which is the first live-action series in the Star Wars franchise, is set five years after the events of Return of the Jedi and 25 years prior to The Force Awakens.

It follows a Mandalorian bounty hunter named Din Djarin, played by Pascal, and his exploits beyond the reaches of the New Republic.

The cast also features Carl Weathers as Greef Karga and Werner Herzog as The Client, with Nick Nolte and Jojo Rabbit director Taika Waititi lending their voices to Kuiil and IG-11. 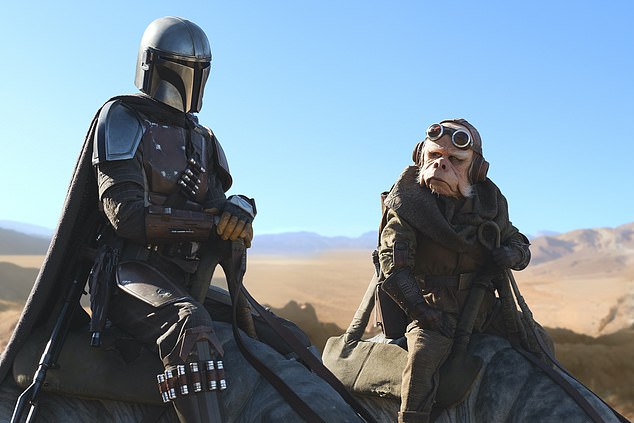 Here it comes: On Wednesday morning Lucasfilm and The Walt Disney Company announced that the second season will premiere on October 30; Pascal with Nick Nolte

The breakout star of the series, however, is baby Yoda. 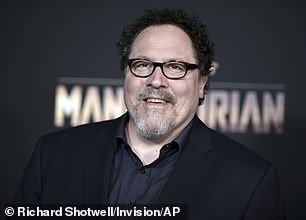 Good timing: ‘We were lucky enough to have finished photography before the lock down,’ he said of the production timeline,’ creator Jon Favreau said in July; seen in 2019

The Mandalorian is currently nominated for 15 Emmy Awards, including Outstanding Drama Series.

In June series creator and head writer Jon Favreau confirmed during a virtual panel for the ATX Television Festival that the show would debut its second season in October.

‘We were lucky enough to have finished photography before the lock down,’ he said of the production timeline, according to Collider.

‘Thanks to how technology-forward Lucasfilm and ILM are, we have been able to do all of our visual effects and editing and post production remotely through systems that had been set up by those companies for us,’ Favreau, who also serves as executive producer and showrunner, added.

The acclaimed Iron Man director also gave a glimpse into what fans can expect in the much-anticipated season two.

‘We are building what people loved about the first season,’ he said of the upcoming season that will debut on Disney+. 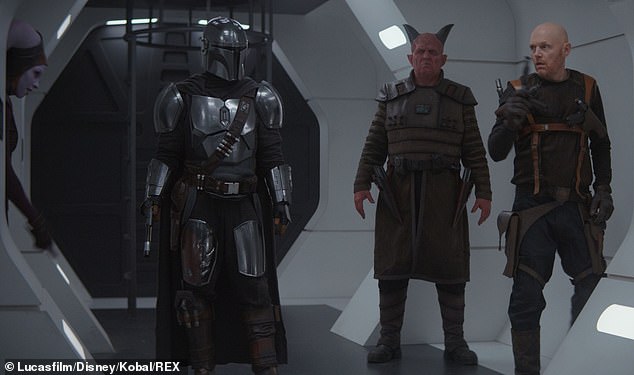 Favreau continued: ‘As we explore partnering with new filmmakers and having new characters and going deeper with the characters we already have, it’s really been very fun and fulfilling and I hope people are having as much fun seeing it as we are having making it.’

The western-inspired sci-fi epic series earned monstrous popularity last year thanks in part to the cute little alien called The Child, or ‘Baby Yoda’ as he’s come to be known across social media channels.

The Jurassic World star, 39, said her kids, Theodore and Beatrice, were always asking about Baby Yoda during filming of the first season.

‘My kids were on set pretty much every day. Even before we came to set, when it was the storyboards for the episode,’ she explained.

New toilet, a VR camera and science experiments are launching to the space station