When Linux was born on Aug. 25, 1991, it was little more than a hobby for then 21-year old Linus Torvalds. Today the Linux community is estimated to be more than 86 million users strong.

Awareness of Linux in the enterprise was nonexistent 29 years ago. Since then Linux has become the backbone of many large and small enterprises. It’s installed in government systems and embedded in devices worldwide; and is a viable alternative to the expensive hardware wrapped around macOS and the trouble-laden Windows OS.

Software developers have ported Linux to more hardware platforms than any other operating system. That results in no small part from the popularity of the Linux-based Android operating system.

Another member of the Linux family, Chrome OS, is driving the popularity of Chromebooks, which now can run Linux and Android apps. Soon the ability to run Windows Apps may come to Chrome OS as well.

Microsoft recently added the ability to run Linux within Windows. Together, all of these technology expansions are driving a movement that will further link all of these computing platforms with Linux at the center. This mashup of technology proves even more solidly the flexibility and growing popularity of the Linux platform.

The Convenience of Linux

Some people do not even know they are using Linux in one or more of these iterations. This is another example of Linux’s success in being everywhere today. When these unaware users find out about Linux, they are even more open to migrating to the full Linux desktop.

One of the most endearing properties Linux offers is its price — totally free. Users can download current versions of hundreds of varieties. Businesses can supplement the free price with a support service if needed. Either way, there is no new hardware required.

Another Linux benefit is the availability to download and run thousands of free, fully functional applications. In many cases, the quality of the software is equal or superior to well-known Windows applications.

Installing and configuring Linux was far from easy in the early days. Enterprise users had IT workers who trained and figured out solutions. SMBs and home users, however, had to struggle and get solutions from online help forums. That is largely a reputation that lives on but is no longer accurate for most modern Linux releases.

Today’s Linux home users can install most Linux distributions with few, if any, hassles. The out-of-the-box experience is generally smooth, depending on your familiarity with software and computing procedures.

I traveled the roads to learn how to use Apple computers in that technology’s early days. Then I zeroed in on the PC DOS and early Windows releases journeys through high school and college.

Somewhere on the other side of college and several years working, I discovered ads for Linux installation disks in the popular computer magazines I regularly read. That led to my introduction to Linux.

Over time, Linux replaced my Microsoft platform. It took me a while to give up using Wine to piggyback some of my must-have Windows applications. Time and necessity eased that burden. I found Linux solutions that were apt replacements for Windows programs.

As Linux distros matured and Linux software improved, I no longer worried about compatibility issues. At that point, I had integrated the Linux desktop into my professional and personal work routines. I cast aside what remained of my Microsoft Windows dependency and went full-time Linux.

I never looked back. Linux has never failed me in the workplace. Whether exchanging files, printing publications, or preparing reports and seminar materials for clients and my own instructional presentations, compatibility was never an issue.

From Obscurity to Domination

As I hinted above, I successfully lived through the quiet Linux revolution. When I pulled my Windows computers offline, I could not completely understand why more did not follow.

Although I did not appreciate the significance of the Linux’s growth spiral when it was happening, I can look back at key milestones now and smile. I was there then!

One of my first encounters with Linux back then was the Slackware Linux release around 1993. That Linux distro is still being updated and used today, both as a stand-alone OS or as a base for Slackware offshoots.

In that same timeframe Debian Linux got its start. Even more so than Slackware derivatives, Debian Linux is popular among Linux purists and is the foundation for Linux Mint, Ubuntu Linux, and many other popular Linux distributions. I did a lot of distro hopping in those early years. Each distro I used reinforced my Linux knowledge and taught me new Linux computing skills.

The Linux or Windows server operating system debates started around 1999. Linux eventually came out on top. Linux today rules both the web server and cloud space.

Linux’s notoriety got a big break in the early 2000s when Wall Street banks forced Linux support for their enterprise application servers. That victory paved the way to Linux among the big IT vendors that included BEA, IBM, and Oracle. In essence, it was a hole in the dikes that unleashed a flood of Linux migration in the business world.

With the arrival of the new decade came a new Linux kernel release. Two Linux pathways became more obvious. One was for the Linux desktop. The other was for Linux servers.

The Year of the Linux Desktop Never Happens

The Linux popularity as a desktop alternative to Windows got a big boost some four years later with the arrival of Ubuntu in 2004. Built on top of Debian Linux, Ubuntu Linux became a popular Linux desktop option. It drew considerable interest and gained a growing community of adopters.

That included me. I left behind a series of distros and became a heavy user of Ubuntu’s interface innovations. Ubuntu did a lot to push the use of desktop Linux.

What also helped push Linux desktop use was a BusinessWeek cover story that boldly declared that major businesses were running on Linux. Of course, that was mostly on the server side and corporate back-ends.

However, Linux on the desktop was also infiltrating business offices — quietly. That boost grew greater two years later when the stock exchanges moved to Linux for their core operating system. To this day, however, while Linux desktop user base grows, its numbers have never come close to overtaking Microsoft Windows.

Still, other interesting Linux-related technologies came into play. For instance, that same year The Open Handset Alliance, with Google and hardware vendors on its member list, announced Android, a Linux kernel offshoot.

Then there was the cloud. IT departments started moving from servers and data centers to the cloud by 2015. Linux grabbed a strong foothold early on. Even Microsoft’s Azure Cloud OS saw over half of Microsoft’s customers running Linux virtual machine (VM) instances there.

It took two more years for what I call the “Microsoft Miracles” to happen. In 2014 a change in corporate leadership at Microsoft turned from vilifying Linux as a cancer to extending open arms of love for Linux.

Four more years brought a second miracle when Microsoft open sourced its patent portfolio to the Open Invention Network open-source patent consortium. The following year Microsoft committed its ultimate act of love with the launch of Linux for Windows 10 users. The company introduced its own native Linux, Windows Subsystem for Linux 2.0, for Windows 10 users. That let Windows users run Linux simultaneously on the same computer.

Last year IBM acquired Red Hat for US$34 billion. This was the biggest software acquisition ever. It ended any doubts that Linux dominated the technology world.

A big part of that world is in the cloud. Linux is in there in spades. It runs 90 percent of the cloud turf. The global cloud market is now over $100 billion annually. Even on Microsoft Azure, more than half of all VMs are Linux.

Two other key highlights were the debut of the most successful of Linux desktops. Linux is notorious for its collection of desktop environments. Today’s distros come with a variety of desktop flavors. But two of the most popular desktops had their start in the earliest days of Linux.

The Kool Desktop Environment, or KDE, had its start in 1996. It was the first major graphical desktop at a time when the terminal ruled Linux. One year later, the GNOME desktop got its start.

Four years ago when I penned a happy birthday article for Linux’s 25th anniversary, Fedora Linux Project Leader Matthew Miller told me one of Linux’s greatest contributions was aligning the open source movement with the openness of a new operating system that broke all the rules.

The open culture and wider free and open source movement grew up with Linux. The Free Software Foundation was working for years before Linux came around. Linux was really the catalyst for a whole movement, he said.

So here we are today, at 29 years and counting. Linux is not the same today as it was years ago. It will be more advanced as the next few birthdays roll by.

Jack M. Germain has been an ECT News Network reporter since 2003. His main areas of focus are enterprise IT, Linux and open-source technologies. He is an esteemed reviewer of Linux distros and other open-source software. In addition, Jack extensively covers business technology and privacy issues, as well as developments in e-commerce and consumer electronics. Email Jack. 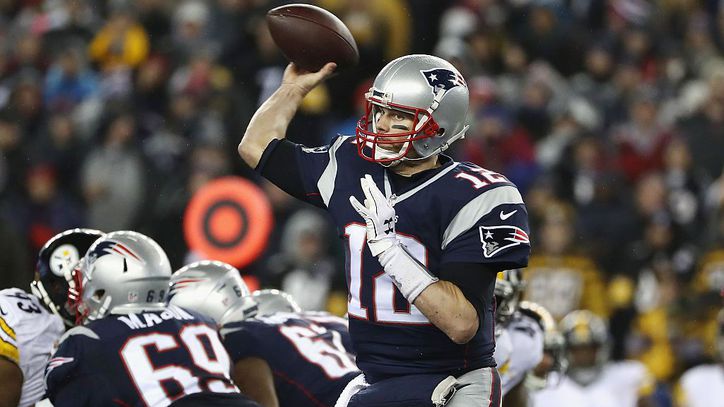 Tom Brady just did it again. He put the Patriots into the Super Bowl and a torrent of 🐐 emojis filled the […] 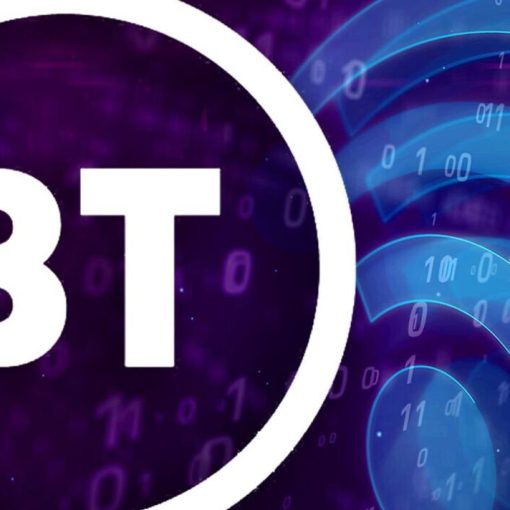 With broadband bills about to rise by a record amount in the spring, now is a very good time to get the […] The chip shortage is going to cost Ford — and every major automaker. Nick Miotke/Roadshow As the semiconductor chip shortage shows no […] 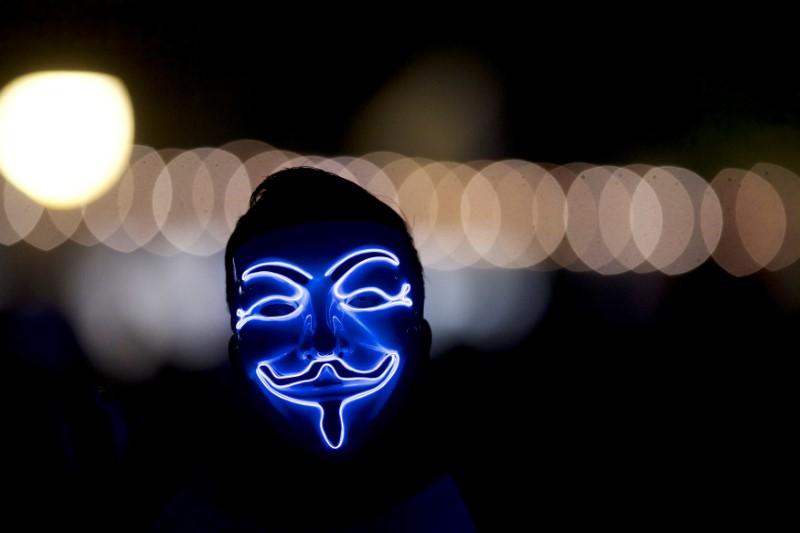