The Miami Herald is caught in a firestorm after a sports columnist criticized athletes protesting racism in the U.S. and tweeted an argument that a constitutional compromise on how to count slaves was anti-slavery.

Armando Salguero, who is Cuban American, posted a tweet Friday with video of Tennessee Titans safety Kevin Byard and quarterback Ryan Tannehill, explaining that the athletes sat out their practice as a show of solidarity against police violence and racial injustice.

In the video, Tannehill said that “this country is founded upon racist ideas with slaves being brought here from the day of foundation.”

Salguero lashed out at Tannehill, paraphrasing him as saying the United States of America was founded upon racist ideas.

“I am so sick of the America bashing by people who have never lived and would never live anywhere else,” Salguero said in his tweet.

Ryan Tannehill says the United States of America “was founded upon racist ideas…”
I am so sick of the America bashing by people who have never lived and would never live anywhere else.pic.twitter.com/xHgA8nHvyN

Salguero was born in Cuba and has written about his escape from Cuba under Fidel Castro.

The comment drew criticism on Twitter over several days, with some critics digging up previous statements and comments by Salguero, including verbal clashes with Colin Kaepernick.

When asked to comment on the situation on Tuesday, Salguero referred to a statement he made on Twitter over the weekend: “Racism, in all its forms, is disgusting, wrong and an anathema to every fiber of my being as both an American and a Christian…”

He said he does not deny the truth about ongoing racism or “that slavery has been a stain on this entire Earth … So if anyone who sincerely interpreted my comments to suggest otherwise, I assure you that is not what I’m about and it was not my intent to cause anyone pain.”

The controversy is reminiscent of the backlash the New York Times faced, including from its own newsroom, after publishing a column by Sen. Tom Cotton, R-Ark. In his opinion article, Cotton called for sending the military into cities to quell protests and violence that followed the death of George Floyd under the knee of a Minneapolis police officer. The controversy culminated with the Times’ opinion page editor resigning and the newspaper issuing a statement saying that Cotton’s piece didn’t meet the editorial page’s standards.

“The ‘facts’ are America was founded in 1776 upon the idea that ‘all men are created equal,’ but our history is stained by the failure to be true to those words,” Rubio said.

What is “uninformed” & “deeply troubling” is the view that “This country was founded upon racist ideas”.

The “facts” are America was founded in 1776 upon the idea that ‘all men are created equal’ but our history is stained by the failure to be true to those words. https://t.co/kXJlH4vO7I

Marques sent a series of tweets Saturday in response to the controversy. She called Salguero’s comments “uninformed, insensitive and deeply troubling” and apologized while acknowledging that columnists have “broad latitude to express their opinions.”

But she added that “we expect our columnists to base their opinions on reporting and facts.”

She said Salguero “linked to a source that is not credible,” referring to the video he tweeted in response to a critic from an unaccredited university. In the video, conservative TV analyst Carol Swain argues that the Three-Fifths Compromise “didn’t deny the humanity of Blacks, it affirmed it.”

The founding fathers who drafted the Constitution settled on counting three of every five slaves as persons for purposes of determining how to appropriate representation and electors and assess taxes.

Marques said in her tweets that it is an incontrovertible truth that the country was built by enslaved people, “and the very fact of their enslavement is racist.” She said the Miami Herald would address Salguero’s comments internally, “in our community and our coverage.” 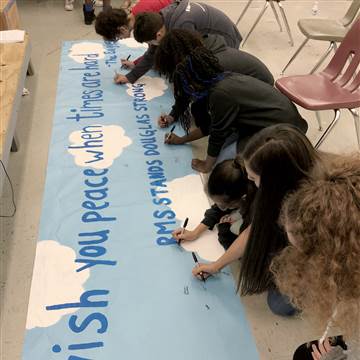 At Ramblewood Middle School in Coral Springs, Florida — less than a 20-minute drive from Marjory Stoneman Douglas High School where 17 […] 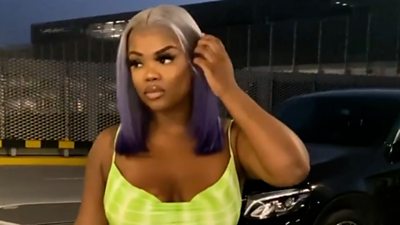 A BBC investigation has found women in the UK, mainly from BAME backgrounds, who travelled to Turkey for cosmetic surgery, were left […] 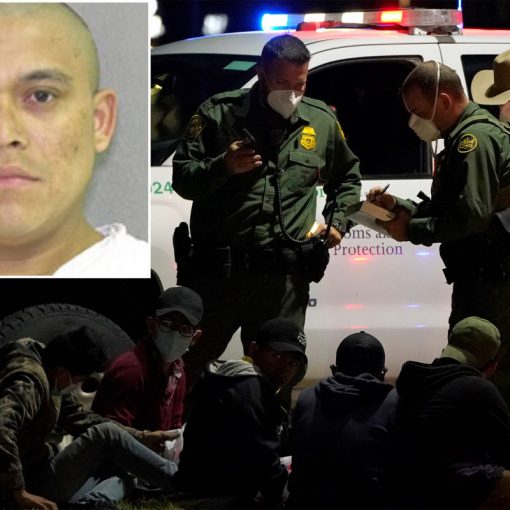