By Simon Jones and Jeorge Bird For Mailonline

Van de Beek is poised to join United for £40million and sign a five-year contract.

The 23-year-old will receive a significant increase on his current £30,000-per-week wages. 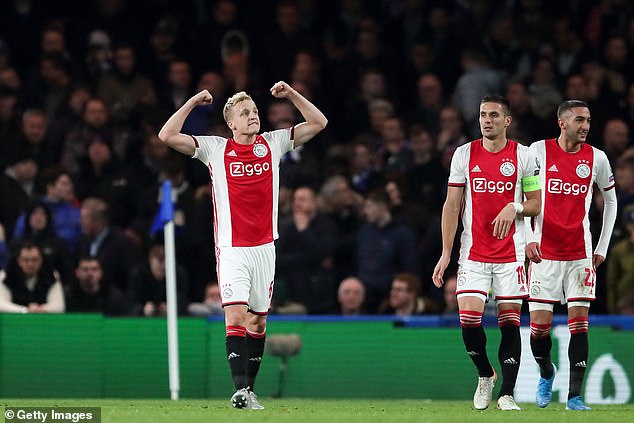 Van de Beek is in the Holland squad for their Nations League games at home to Poland and Italy, but will link up with the squad later than was initially planned.

As reported by Omroep Gelderland, he said: ‘This is a dream come true. It’s the perfect moment for him to make this step to such a beautiful club. Many clubs were interested, but Donny took this decision himself.’

Talking from their home village of Nijkerkerveen, Andre said his phone has not stopped since news of the transfer broke. He added: ‘Its a proud village.’

Negotiations over a deal for van de Beek accelerated on Sunday after United stepped up their interest. 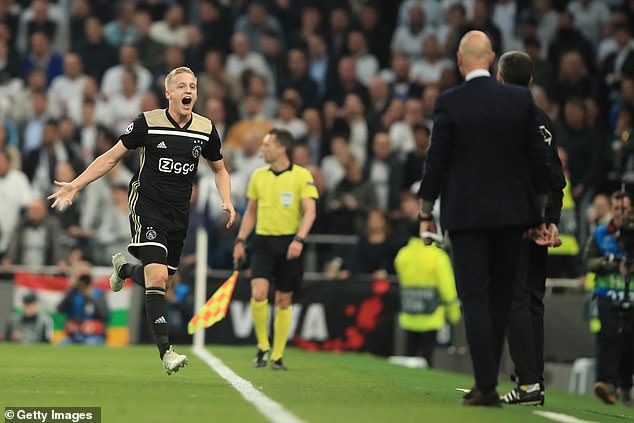 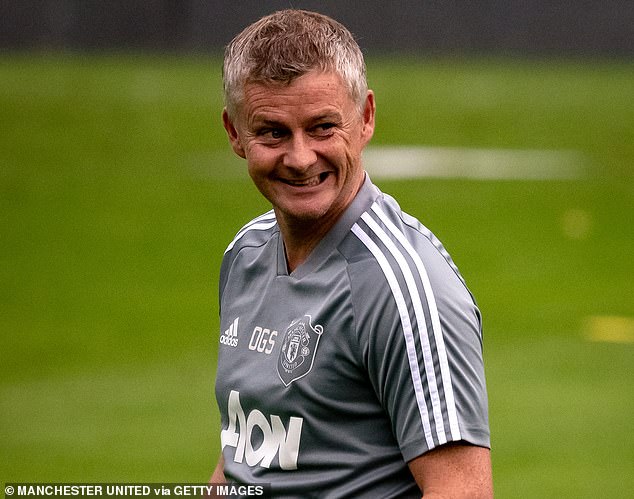 Van de Beek will add further creativity to a United side that already contains Paul Pogba and Bruno Fernandes.

Tottenham reportedly made a last-ditch attempt to sign Van de Beek, but he was eager to join United after being convinced by Ole Gunnar Solskjaer.

A product of Ajax’s famous academy, van de Beek has made 175 appearances for the Dutch club, scoring 41 goals.

He won the Eredivisie and the Dutch Cup in the 2018-19 campaign, and was part of the Ajax side that was beaten by United in the 2017 Europa League final.