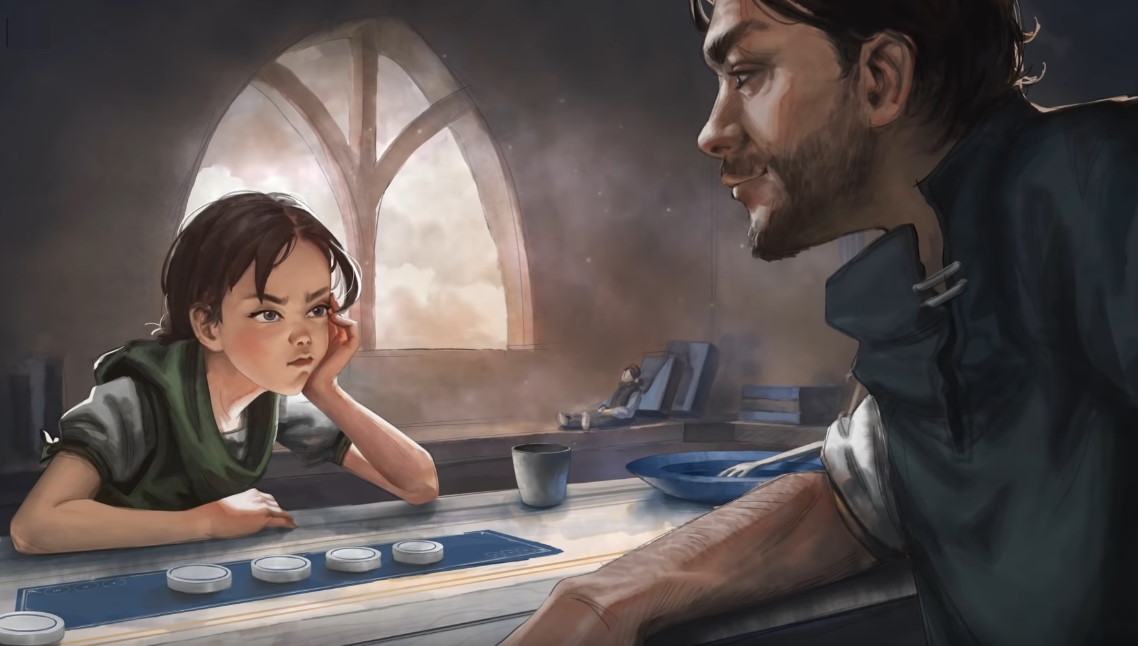 In January, Riot said that its second tabletop game (and the first since 2016’s Mechs vs Minions) would be something called Tellstones: King’s Gambit. During a livestreamed update today, vice president of IP and Entertainment Greg Street finally revealed a little bit of what the game is all about.

Tellstones looks a bit like the shell game, perhaps with a head-to-head competitive element, as players try to guess which symbols are hidden under a row of stones. Part of the game’s fiction is that it exists within the League of Legends universe, Street explained, kind of like their version of chess or mancala (or maybe Gwent). It’s also meant to be a faster, more pick-up-and-play kind of game than the complex, parts-laden Mechs vs Minions, with matches expected to last just 10-20 minutes.

“We wanted something that was a little faster to play, was much more portable that you could carry around, but still has a really deep strategy and something hopefully that boardgame fans will still really enjoy,” Street said during the stream.

Here's Super Mario World running on a PC from the 1980s

Marvels Avengers Review – Good is a Thing You Do | PSLS

Super Mario 64 Runs On A PS2, Universe Does Not Implode

Google quietly releases a redesign to its Google Maps alternative