Family wiped out in ‘murder suicide’: Two 14-year-olds and their mother and father are found dead inside Ohio home

A family have been found dead inside their home in a suspected murder-suicide in Ohio.

Officers were called to the Shaker Heights home just before 2.30pm on Sunday for a welfare check, at the request of a family member, according to a police statement.

There they discovered the bodies of John Tobin, Regina Tobin and their two teenage children, Graham and Natalie, both 14. 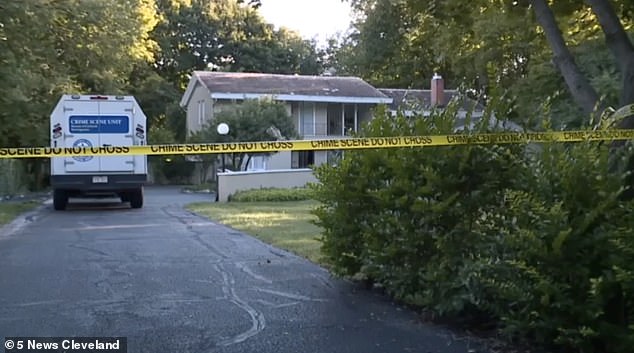 A family have been found dead inside their home in a suspected murder-suicide in Ohio. Crime scene pictured above 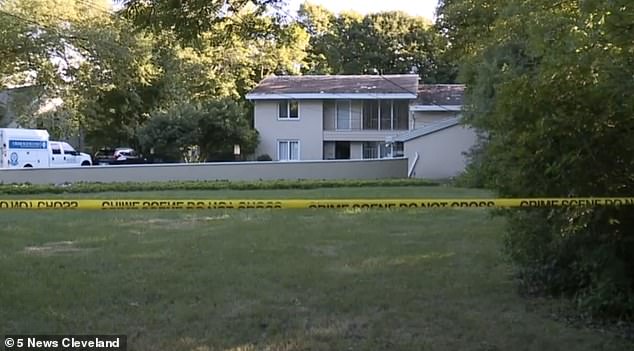 Officers were called to the Shaker Heights home just before 2.30pm on Sunday for a welfare check

There were no signs of forced entry into the home, police told News 5.

The incident is being treated as a murder-suicide.

The family had been living at the home for just over a year, according to a neighbor.

‘It’s hard to understand what could’ve happened,’ they said.

‘We don’t know anything about it. We just know how how great the kids were when they came over to our house.

Laurel School released a statement after learning of the death of Natalie Tobin, who was a pupil there.

The all-girls private school in Shaker Heights sent out a letter to parents on Sunday evening, describing Natalie as a ‘bookworm, scholar and volleyball player’ as well as a ‘gentle, warm and thoughtful friend.’

‘The loss of a child is devastating, and the sudden and horrific loss of a family is excruciating,’ it read.

‘Our counseling team will be available to support our girls as the school processes its sorrow.

‘The Ninth Grade will not begin classes tomorrow, and we will be in touch this evening with the Ninth Grade families with further details.’

Model reveals she faces daily hate because of her unibrow

Essential workers in the nation’s capital share their coronavirus anxieties

Isolated Ballot Errors Do Not Equal a ‘Rigged Election’