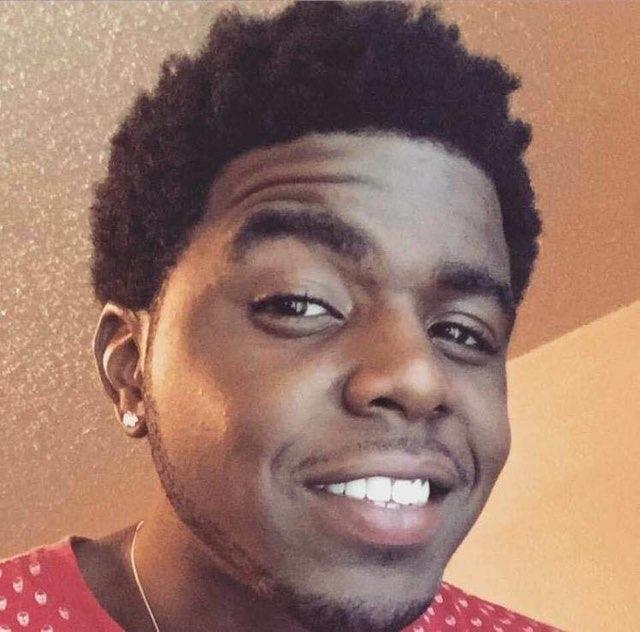 LaDarius Valentine had a favorite saying — “When life hands you lemons, just say thank you.”

“Even when things got hard… when things turned bitter, he was always positive. Always smiling,” Anissa said. “He’d say, ‘Why not smile? It’s easier than frowning.’ He truly saw the good in everything and everyone.”

LaDarius was an only child and loved fiercely by his mother, grandparents and great-grandmother. His mother affectionately called him “Knucklehead.”

“He was my Knucklehead,” she added. “Always has been, always will be.”

The 21-year-old had recently returned to school for his senior year at Prairie View Texas A&M University in Prairie View, Texas, where he was studying mechanical engineering and agriculture.

“He was very determined,” Anissa told Dateline. “He would always tell me, ‘Mama, I’m going to be one of the most successful Black men and retire at 40.’ And he told me he’d always take care of me.”

But five years ago this August was the last time Anissa saw her son’s bright, shining smile.

On August 26, 2015, LaDarius stopped by his mother’s house in Dallas before returning to Prairie View where he lived in off-campus housing at the Brookside Meadows apartment complex.

“The next time I saw him, he was dead,” Anissa said tearfully. “My baby was gone. My whole world just fell apart around me.”

In the early morning hours of August 29, just three days after Anissa saw her son, LaDarius was found dead on the sidewalk outside of his apartment complex, Sergeant Christopher Garrett with the Prairie View Police Department told Dateline. He added that the young man had been shot once.

“There have been many rumors and stories over the years, but we’re still piecing together what happened to LaDarius and who did it,” Sgt. Garrett said. He added they have people of interest in the case, but no concrete evidence to move forward withat this time.

“We know someone knows something and we just need that someone to come forward with information,” Sgt. Garrett told Dateline. “I promised his mother – I’m never going to stop looking for who’s responsible for LaDarius’s death. Never.”

Sergeant Garrett added the case is still open and active and encouraged anyone who may have information to call the police department.

Just a few days after Anissa’s only child was killed, she had to break the news to her grandmother who she called “Granny.”

“Granny and LaDarius were extremely close,” Anissa told Dateline. “When I told her what happened… that he was gone, she told me, ‘I’m not going to live through this.’ I told her she would be OK, but her heart was broken. She told me, ‘But he was my best friend.’”

Anissa told Dateline she’s determined to find out what happened to her son. Over the past five years, she has traveled the three hours between Dallas and Prairie View to speak with detectives, hang fliers and knock on doors, looking for answers.

She created a Facebook Page – Justice for LaDarius – LD Valentine where family and friends post memories of LaDarius and updates about the case.

“I’m not giving up,” Anissa said about getting justice for her son. “I just continue to say his name. And tell his story.”

Before LaDarius was killed, he was in the process of transferring schools, hoping to get accepted to Sam Houston State University in Huntsville, Texas. Just weeks after his death, Anissa received the email her son had been so eagerly waiting for. He had been accepted.

“It’s killing me mentally and physically,” Anissa told Dateline. “I feel like I failed him as a mom. And sometimes, I don’t know how to fight for him. I’ve never had to do this before.”

Two years after LaDarius’s death is when Anissa said she realized that she may have to live her life without ever knowing what happened to him.

After years of grief, Anissa decided to use her own experience to help other mothers who are walking the same journey.

They gather each year for Mother’s Day and they share a meal, light a candle and tell stories about the child they’ve lost.

“No matter how I feel, if I can put a smile on others’ faces, it helps,” Anissa said. “There are people who are worse off than I am, and I have to remember that.”

She said she also tries to remember her son’s words of wisdom when she turned 40 just months before he was killed.

“He wanted me to live my life,” Anissa told Dateline. “My life has always been him. But when I turned 40, he told me to enjoy life.”

Now, five years have passed and Anissa is still learning to live her life without her son while seeking justice for his death.

“I prepared him to one day live his life without me, but never did I think I’d have to prepare myself to live without him,” Anissa said. “I just keep telling his story – and hopefully, one day, I’ll find that peace.”

Anyone with information that could help solve LaDarius’s case is asked to call the Prairie View Police Department at 979-826-8033. A $5,000 reward is being offered by the family for information that leads to an arrest in the case.