Rory McIlroy carded an even-par 70 to be three shots off the pace after the first round of the BMW Championship at the testing Olympia Fields course on Thursday.

The former world No 1 battled hard throughout to end in a tie for fourth behind pacemaker Hideki Matsuyama of Japan, who shot a 67 to end a stroke ahead of American Tyler Duncan.

Canada’s Mackenzie Hughes was a further shot back in third after a 69, as the only other player to break par on day one. 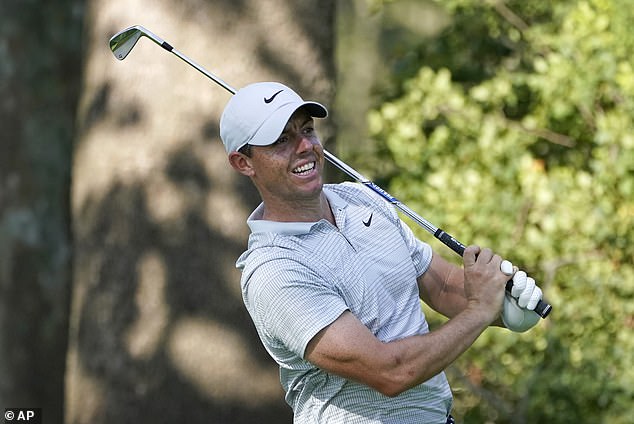 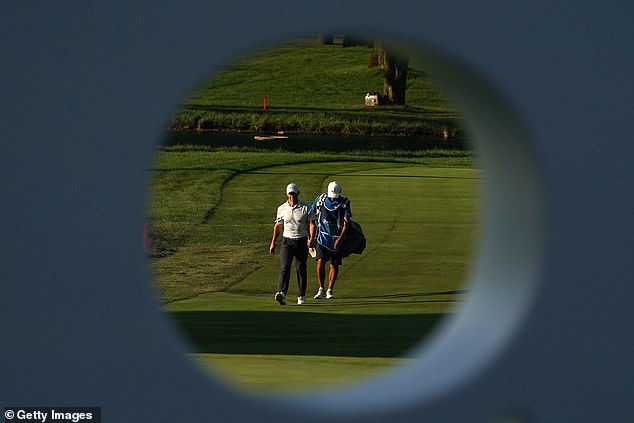 McIlroy’s day was a struggle for momentum, and one similar to many others in a tough first round played amid brutal rough and devilish greens at the Olympia Fields course outside Chicago, where just three players finished under par in the 2003 US Open.

The Northern Irishman had bogeys at the first and fifth cancelled out by birdies at the second and sixth, before a birdie two at the eighth gave way to a bogey on nine for an even par front half.

One single back nine birdie, when a 13-foot putt dropped at the 12th, was also immediately offset by a bogey four at the third, when McIlroy sent a two-foot putt three feet past the hole.

Also with McIlroy in a 10-man share of fourth was England’s Matthew Fitzpatrick. 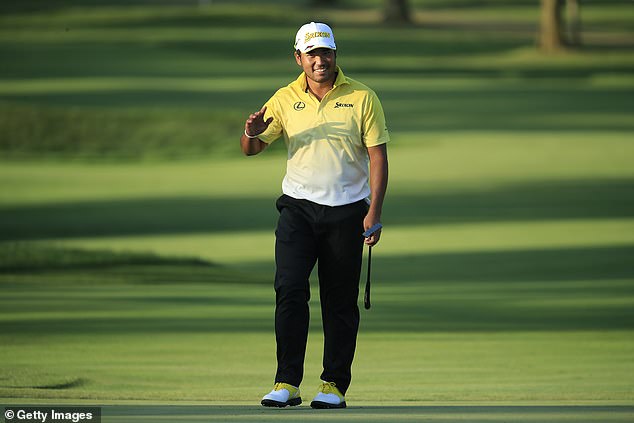 Hideki Matsuyama finished the opening round top of the leaderboard, after shooting 67 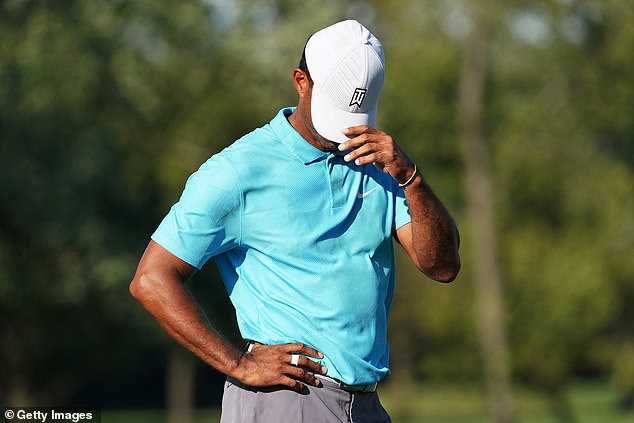 There was disappointment for Tiger Woods, posting a hat-trick of bogeys on last three holes

The 25-year old was well poised at one-under par after seven holes, but a double-bogey five at the third – when he three-putted from six feet – and a bogey five at the ninth left him two-over at the turn.

Fitzpatrick recovered with birdies at the 12th – putting out from 30 feet – and the 15th in a blemish-free back nine.

Tiger Woods suffered a hat-trick of bogeys on his last three holes and had to be content with an opening round of three-over 73.

This left him in a group tied for 35th place along with Englishmen Paul Casey – who battled through the day with just one birdie against four bogeys – and Tyrrell Hatton, who bogeyed three of his last four holes. 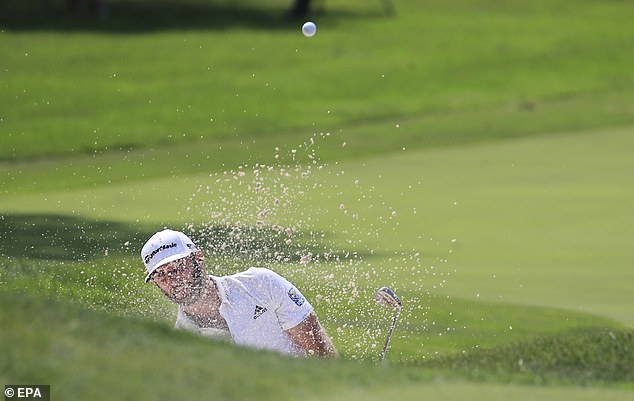 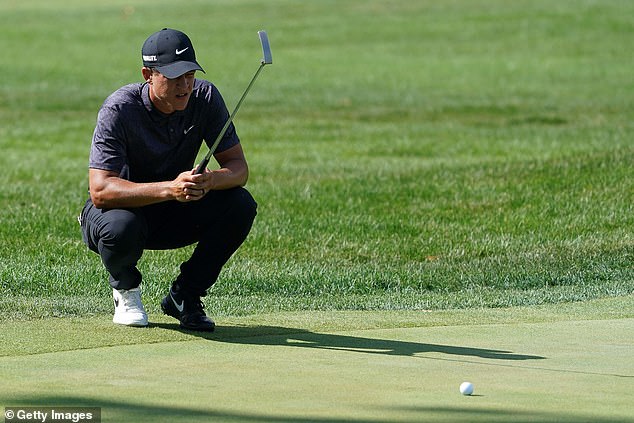 Cameron Champ wore one black and white shoe – on latter, he had written ‘Jacob Blake BLM’

American Dustin Johnson, who sizzled at 30-under par to win last week in Boston, could manage only a one-over 71 for a share of 14th place.

The tournament began on schedule despite postponements in other US sports to protest against racial injustices in the wake of the police shooting in Wisconsin of African-American Jacob Blake.

American golfer Cameron Champ – who has a black father and white mother – wore one black and one white shoe. On the white shoe he had written ‘Jacob Blake BLM’. 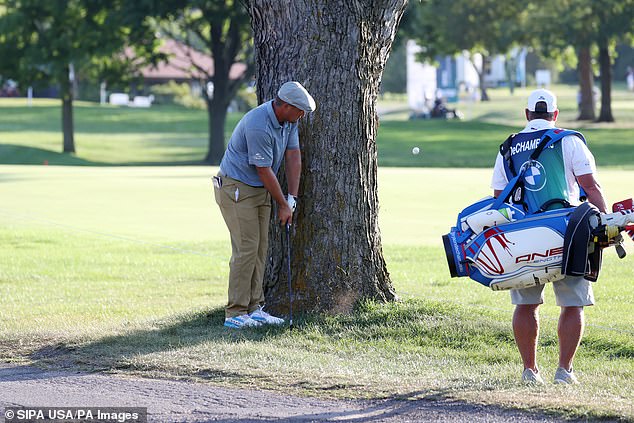 'I work on the long, fast and clever': meet Liverpool's throw-in coach