Danielle Bernstein, who runs the site We Wore What and has 2.5 million Instagram follows, posted two photos of herself in the same outfit this week, each shot differently — and the 28-year-old’s caption indicates that one shows is more ‘flattering’ while the other shows her cellulite.

But the nearly identical photos have many Twitter users scratching their heads, insisting that they couldn’t even tell which was supposed to be the ‘bad’ photo and that she doesn’t actually have cellulite. 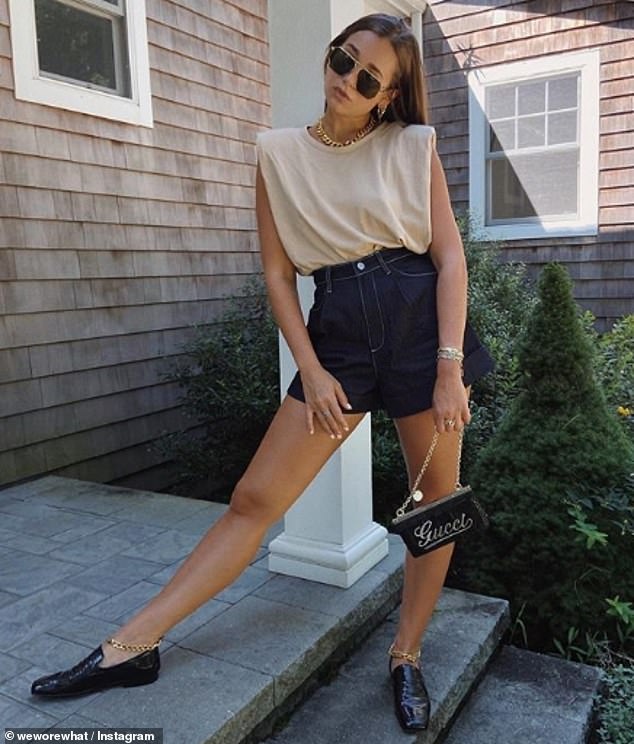 Spotlight: Influencer Danielle Bernstein, who runs the site We Wore What, shared two photos on Instagram in the same outfit to show people how they can hide their cellulite 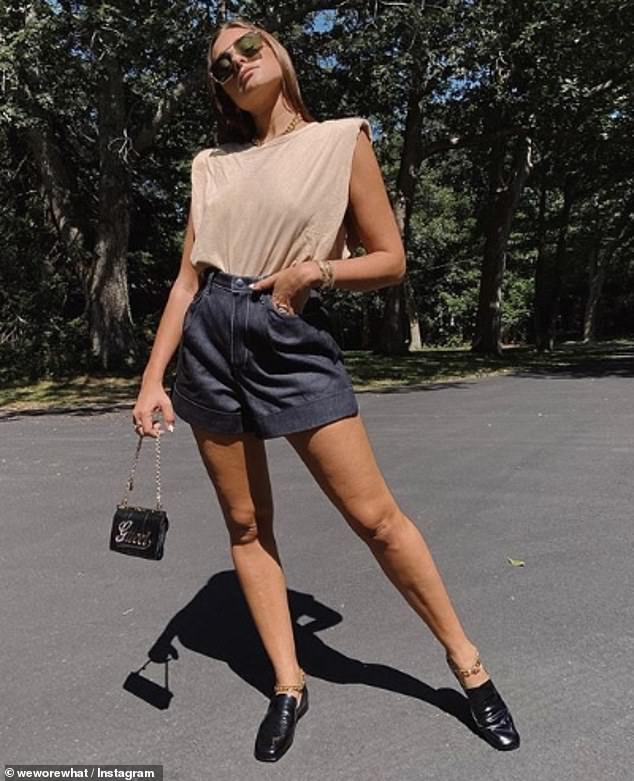 Spot the difference: The 28-year-old said one was more ‘flattering’ and the other (pictured) showed her ‘cellulite,’ insisting that lighting can ‘dramatically’ change how someone looks 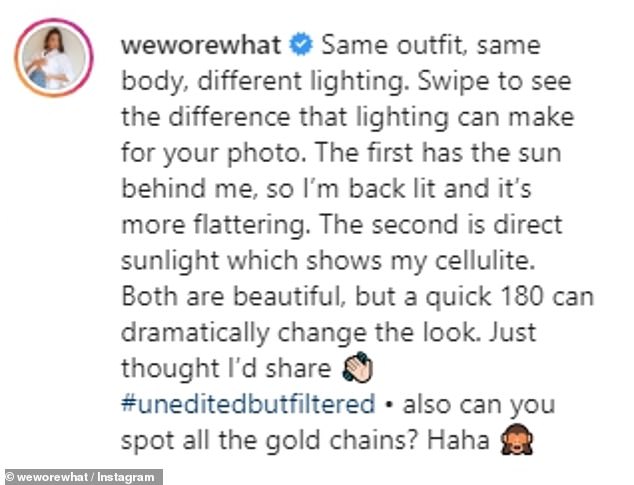 ‘Both are beautiful, but a quick 180 can dramatically change the look. Just thought I’d share,’ she wrote

She went on: ‘Swipe to see the difference that lighting can make for your photo. The first has the sun behind me, so I’m back lit [sic] and it’s more flattering. The second is direct sunlight which shows my cellulite.

‘Both are beautiful, but a quick 180 can dramatically change the look. Just thought I’d share.’

The first photo shows Danielle on a front stoop, one leg elongated on a higher step than the other.

She’s wearing a beige top tucked into high-waisted black shorts, accessorized with black loafers, sunglasses, and a small Gucci bag. She is in shadow, with slightly darker lighting.

In the second photo, she’s wearing the same outfit, with the sun in front of her and to her left. She is leaning back, still with one leg stretched out. 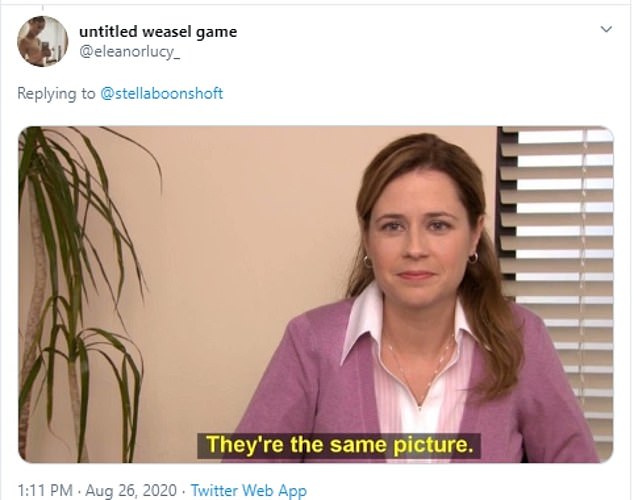 Identical: Many have said they can’t tell which is supposed to be the ‘bad’ picture

On Instagram, commenters praised her for her ‘authenticity.’ There don’t appear to be any negative remarks, but Danielle has limited the comments.

‘Thin people, I need you to get a grip,’ a woman named Stella wrote in a viral tweet. ‘If you think these types of posts are doing anything but teaching young ppl how to hide their “flaws” in photos you have brain worms.

Later, she added that she was ‘not shaming her body or invalidating experiences thin ppl have w/ bad body image, but this trend of influencers showing how they hide their “flaws” that aren’t flaws reinforces oppressive beauty standards!!! talk about body image without doing the weirdo side by sides!!! Pls!!!’ 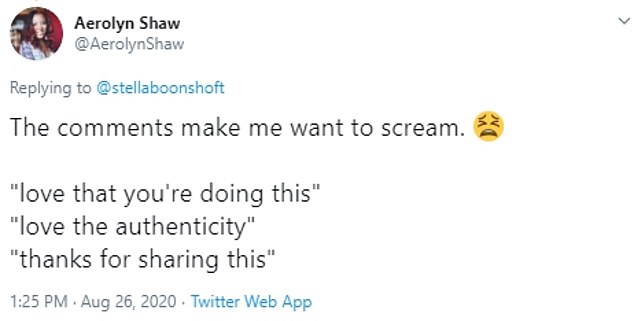 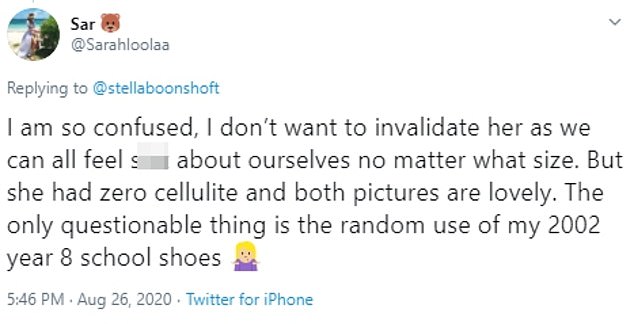 Body image issues: Others said that all Danielle’s post did was make women who actually have cellulite feel worse

‘Is this what happens when you get Too Much Validation online?’ asked one.

‘Anyone can have body dysmorphia,’ added another.

Many pointed out that without reading the caption, it was impossible to tell which photo Danielle believed was ‘a 180.’

‘I can’t even tell which one she means to be the “bad” one,’ remarked one Twitter user.

Others said that all Danielle’s post did was make women who actually have cellulite feel worse.

‘I am so confused, I don’t want to invalidate her as we can all feel s*** about ourselves no matter what size. But she had zero cellulite and both pictures are lovely. The only questionable thing is the random use of my 2002 year 8 school shoes,’ wrote one.

‘Cellulite? Bbygirl that’s just what skin looks like,’ said another.

‘This backfired big time. my legs have cellulite no matter what i do and i don’t really think about it, but seeing her point it out makes me self conscious. i think to myself “is this something i should hide?”‘ said another. 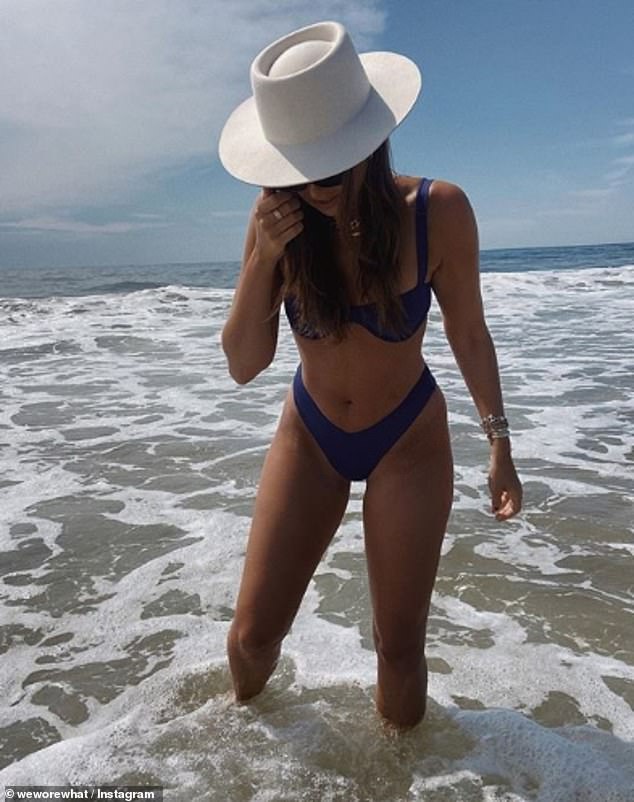 Struggling: Danielle hasn’t responded to the backlash, but the New York native has spoken out about struggling with body image quite a lot in the past 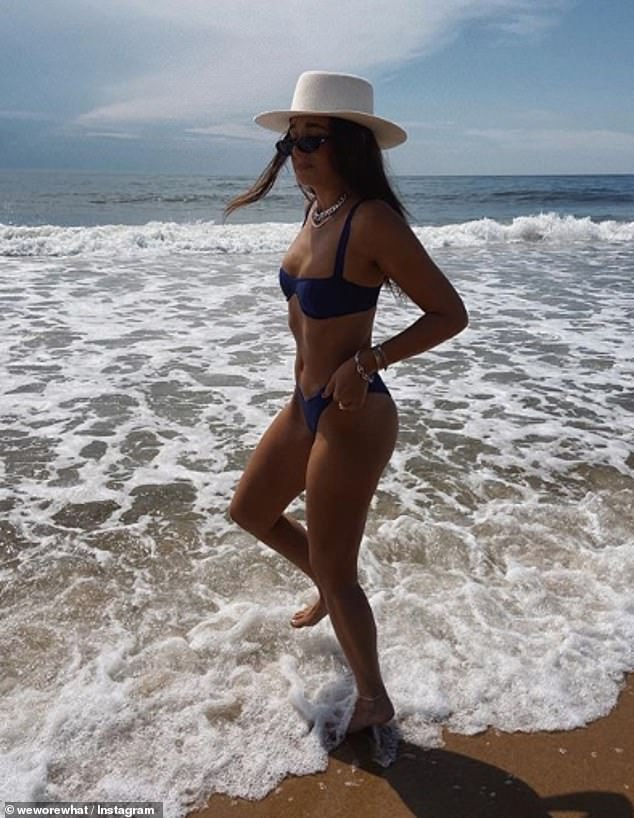 ‘I’ve had insecurities that have stemmed from within for years, and I’m constantly learning how to be healthy in my mind and body,’ she said last month

‘I thought she was gonna compare them artistically and I was like “oh yes of course the second one is better” but then she’s talking about cellulite? What cellulite???’ yet another commented.

Danielle hasn’t responded to the backlash, but the New York native has spoken out about struggling with body image quite a lot in the past.

‘I’m constantly working on self-love while under the lens of millions of people and their opinions every day,’ she wrote on July 7. ‘This hasn’t been an easy journey for me, but I realized that sharing this with you is just as important as sharing other aspects of my life.⁣

‘I’m far from perfect and am not saying I won’t smooth out a stretch mark here or tuck in some bloating there, but I hope by opening up and sharing my vulnerabilities, it will show that you’re not alone.

‘I’ve had insecurities that have stemmed from within for years, and I’m constantly learning how to be healthy in my mind and body,’ she added later in the month.

Trump's UN speech was a bizarre feat of gaslighting and fantasy

Europe is at a "decisive" moment in the Covid-19 second wave, EU says

New book Lido: A Dip into Outdoor Swimming Pools makes a splash with examples from London to Sydney