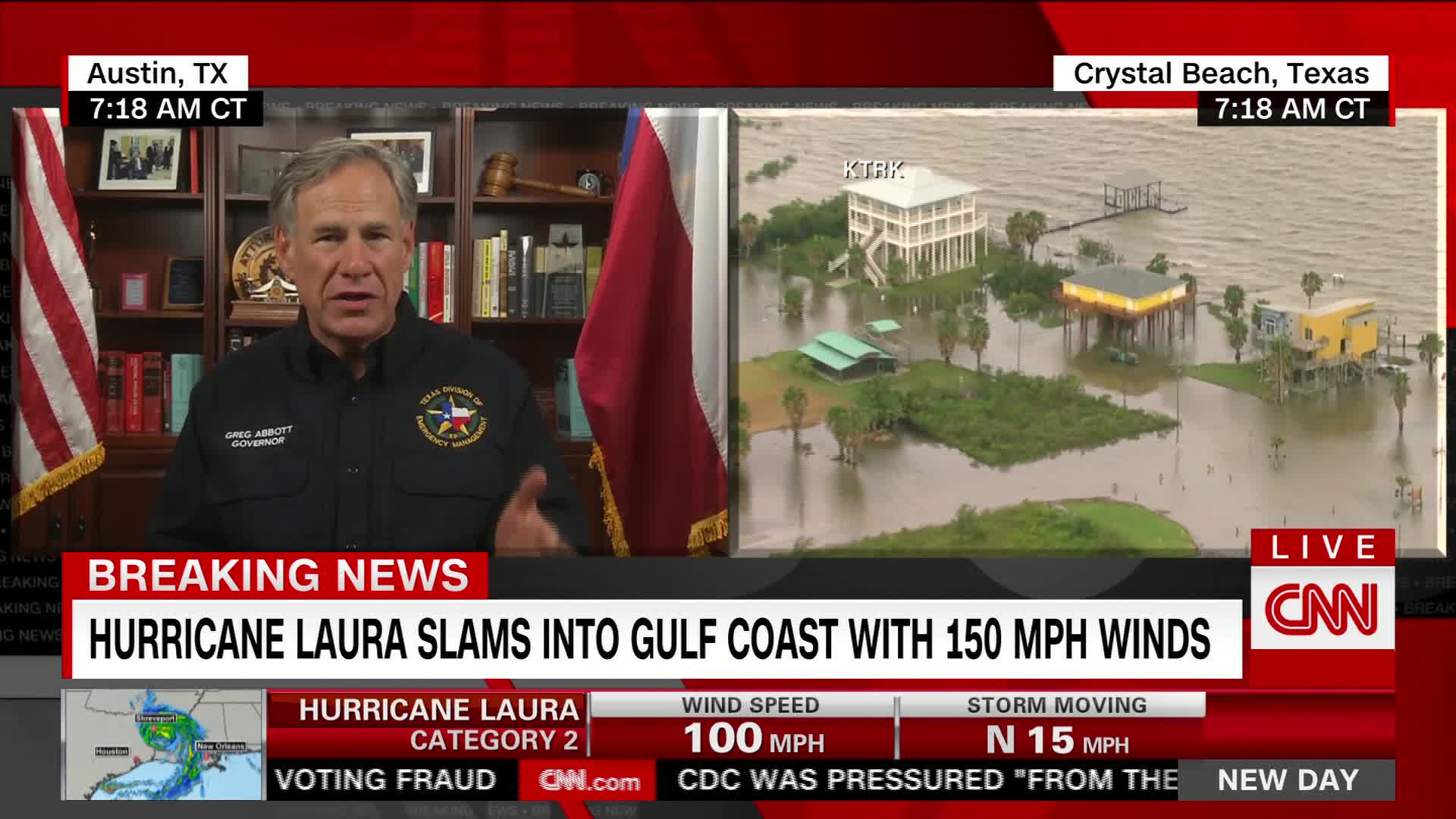 After Hurricane Hanna in July, which hit the Corpus Christi area, the state learned new strategies.

Abbott said ahead of Hurricane Laura, “as opposed to evacuating people to large convention centers and things like that, we’ve tried to put as many as possible to hotel rooms so that families can isolate together, so that they are not in a congregate setting, spreading Covid-19.”

“We’re hoping everybody here continues to follow the same standards of wearing a mask, sanitizing your hands, as well as maintaining your distance. If they were able to do that. I have no doubt that we will be able to continue to contain the Covid-19,” he added.

When asked if Trump should postpone his speech tonight because of the hurricane, Abbott said he hasn’t even been watching the Republican National Convention.

“I’ve been watching the hurricane, as its approaching,” he said. “I’ll be candid with you, because I’ve been literally working around the clock on the hurricane. I haven’t had a chance to tune into anything.”

But Abbott said he thinks the RNC will go on as planned. “I think he will give a terrific speech,” he said.

Connecticut to fine those not wearing masks

Gold slips as dollar recovers; all eyes on Fed meeting