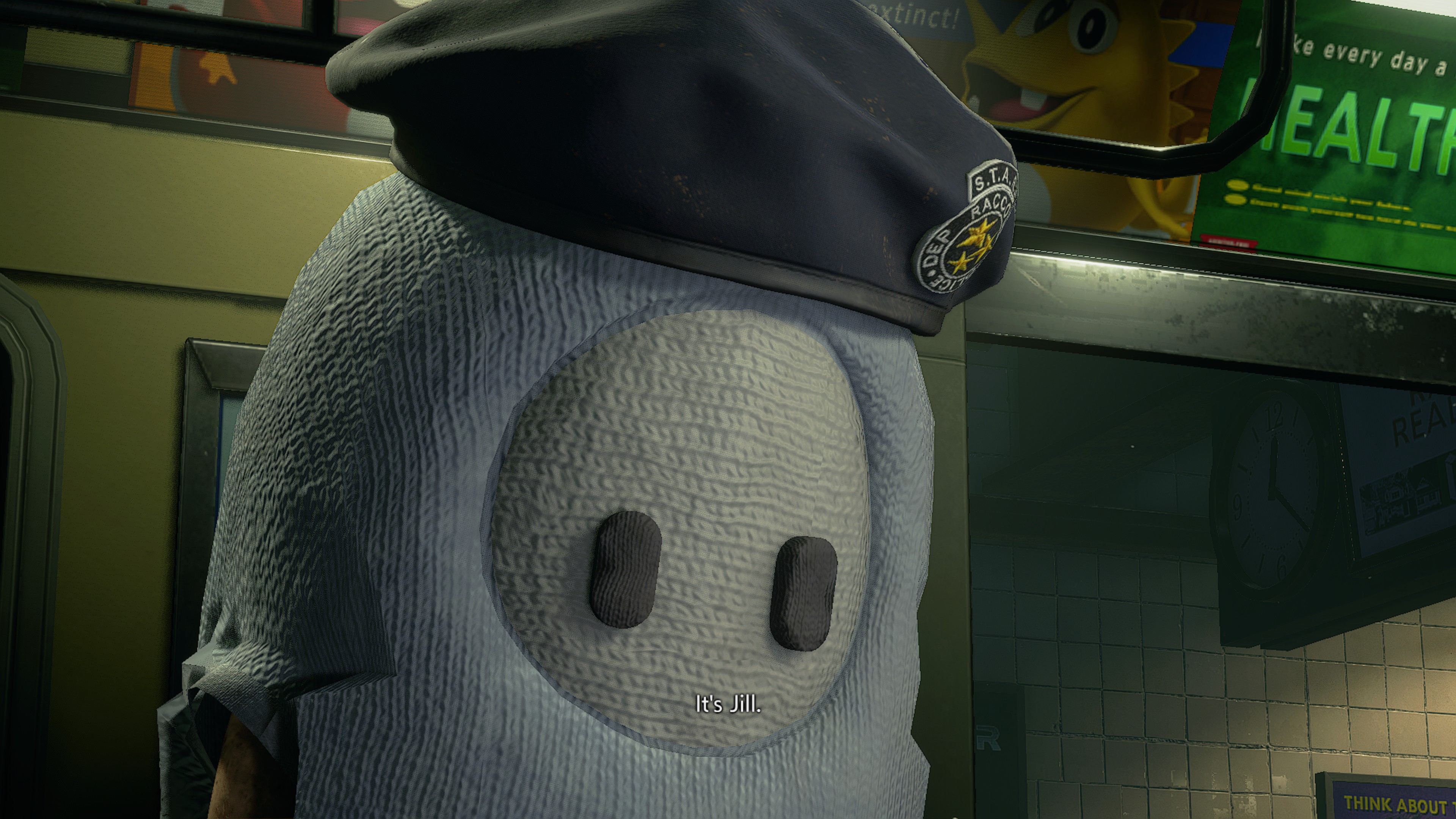 The Guys Who Fall, aka Fall Guys, are popping up everywhere: they’ve been spotted in Skyrim, and now they’re stalking the zombie-strewn streets of Raccoon City. Well, kinda: the new Jilly Bean mod turns the game’s protagonists Jill and Carlos into something more akin to Fall Guys cosplayers. And it makes a grim kind of sense. If you want warmth and protection in a post-pandemic hellscape, while also bringing some cutesy cheer to proceedings, why not wear a Fall Guys outfit?

The mod is the work of Crazy Potato, who has also performed the civic duty of turning Nemesis into a Fall Guy, too. The video above comes via YouTube channel Benjamin York Gaming, and as you’ll see, the mod really takes the edge off an otherwise very serious videogame.

Of course, modding Resident Evil 3 is weird ways is already a well trodden path: the same modder installed Animal Crossing’s emblematic character as a protagonist, and you can turn enemies into dinosaurs. Or why not turn Nemesis into Shrek? The possibilities are endless.

Competition: Win a PlayStation 5 with Doritos

Slam, smash, and boost your way to fame in Destruction AllStars, coming to PS5

Age of Empires III: Definitive Edition aims to modernize the overlooked entry in the RTS series