Nodding Heads Games has announced its beautiful action title, Raji: An Ancient Epic, is coming to Switch later today as a timed console exclusive. Raji tells a tale of myths and lore from Ancient India, inspired by Hindu legends and Balinese mythology.

You take control of Raji, a young girl chosen by the gods, to fight off demons who would threaten humanity. Gameplay consists of environmental puzzles, fluid combat, and powers given to you by various gods. Based on which gods you choose to help you, you receive enhancements to the striking abilities in your weapons.

Raji: An Ancient Epic is available today on Switch. The title is also set to hit PC. 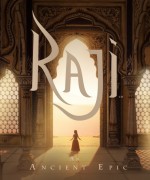 DR MICHAEL MOSLEY: Food to improve your mood… and boost your energy!